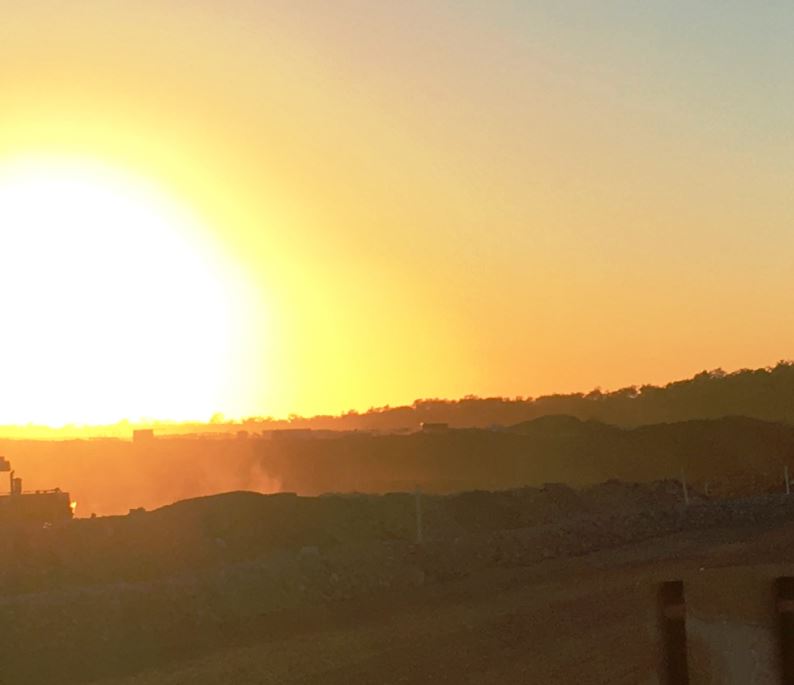 “Fear is the path to the Dark Side. Fear leads to anger, anger leads to hate, hate leads to suffering.” Yoda, Star Wars Episode I: The Phantom Menace

This was a prophetic line and one which reverberated through the entire Star Wars Saga . Yoda’s words revealed the destiny of a single child who was to ultimately change the course of history and have a resounding impact on an entire galaxy of trillions of sentient beings. The wisdom also shows us the path that can lead us back to despair. Our own journey to the Dark Side begins with fear.

Fear is the polar opposite of Faith. Only Fear can eclipse Love. It was Fear which drives the wedge of separation between who we truly are and our divine source. It is Fear that keeps us in that illusion of separation. The Ego thrives on Fear and validates itself there in the human expressions of anger and hate. Fear, Anger and Hate are the harbinger of the four horsemen of the Apocalypse; Conquest, War, Famine, and Death. Every negative expression of human emotion and each of the seven deadly sins finds its source in Fear.

Every single negative emotion and action has its root in Fear. Fear is Suffering, the very essence of the Dark Side. The need to resist, attack, impose, possess and control all come from Fear. Fear controls us in so many ways and forms the basis of the Ego. Without Fear there is no Ego as it removes the filter between our false and true selves. To live in separation is to exist in Fear.

“Besides your recognizing that thoughts are never idle, salvation requires that you also recognize that every thought you have brings either peace or war; either love or fear.” – ACIM

Fear kept me in alcoholism for decades and controlled every aspect of my life, every decision. The Fear of rejection, fear of loss, fear of change and fear of the truth defined who I was. For me it was “F#*k everything and Run”. In recovery we make our way out of the dark and we begin to realize that Fear is nothing but an illusion which the Ego uses to keep us from self-realisation.

In recovery we learn to face our Fears and facing them they vanish one after the other. We realize that we have been held captive by something we empowered with our own minds. Like the children’s tale of an imaginary beast that lives in the Forest in order to keep them from straying, our Ego creates a beast and the more we resist it or try to run, the larger it grows until it consumes us. Through non-resistance we are able to confront our Fears and face them down, what appears to be real soon fades and vanishes.

“All healing is essentially release from Fear” – ACIM

We become free of Fear, we really had nothing to Fear in the first place other than Fear itself. Fear really is “False Evidence Appearing Real”.

In “The Clone Wars: Destiny”, Yoda meets the manifestation of his Dark Side. The creature harbors all of Yoda’s Fears and Doubts and tries to attack and kill the Jedi Master. Yoda fights for his life but the more he struggles the stronger the entity becomes. Realizing the truth Yoda confronts the Dark figure and draws it to him. No longer afraid Yoda looks in to the face of his Dark Side and releases it, banishing the entity to oblivion. The Force Priestess Serenity arrives and reveals that the entity was nothing more than a manifestation of the mind, it never existed.

In the “Power of Now” Eckhart Tolle teaches that within us all exists a light that we can use to illuminate anything we Fear. I doubted this and realizing that Doubt is the cousin of Fear I began to explore. One day I felt a strong sense of Fear and foreboding hit me that was overwhelming. It took me to the edge of sanity and I knew that unless I did something I would lose my grip and drink again. I resisted and fought the sensation and the Fear grew stronger. Somewhere in my mind I realized it didn’t have to be like this, I was giving in to Fear. I remembered the “Power of Now” and used my own inner light.

“To offer no resistance to life is to be in a state of grace, ease, and lightness.” —Eckhart Tolle

This is how it works. Observe your Fear to overcome it. Imagine that Fear to be inside, a dark mass where the core is. Now imagine a strong glowing light growing brighter and brighter in your mind. Watch that glowing white light fill you entire body and illuminate the “Dark Mass” of Fear within you. Observe without judgment, with equanimity and without resistance. As Fear recedes from the light, embrace it and let it go. I imagine this as the Force negating Fear.

Your Fears have no Power over you no more than the Dark Side had any Power over Yoda. Luke faced his Dark Side on Dagobah also an illusion of Fear. Anakin let himself fall victim to something that was not real, his own Fears. This led to immense anger and then hate, the very fuel and oxygen needed for the dark Side to consume him. Our Fears do not own us unless we let it.

In some situations Fear is a healthy response. For example if confronted with a threat to life the Fear emotion is a normal. Natural Fear is used to elicit a “fight”, “freeze” or “flight” physiological and behavioural response in the face of Danger. The Jedi were trained, like Soldiers and Emergency workers in the real world to harness that Fear in to mindful actions and responses. Anxiety, fear of the unknown and the imagined is Ego-Fear and it is not real and not rational. Therefore there is no need for the emotional suffering we put ourselves through. It is important that we know the difference between Real Fear and Irrational Fear.

The greatest insanity of all is to submit to Fear. The greatest act one can do is free oneself from Fear. Love is the only thing which can truly overcomes Fear. Choose Love not Fear.

“He who has escaped all fear of future pain has found his way to present peace. Place then, your future in the Hands of God.” – ACIM