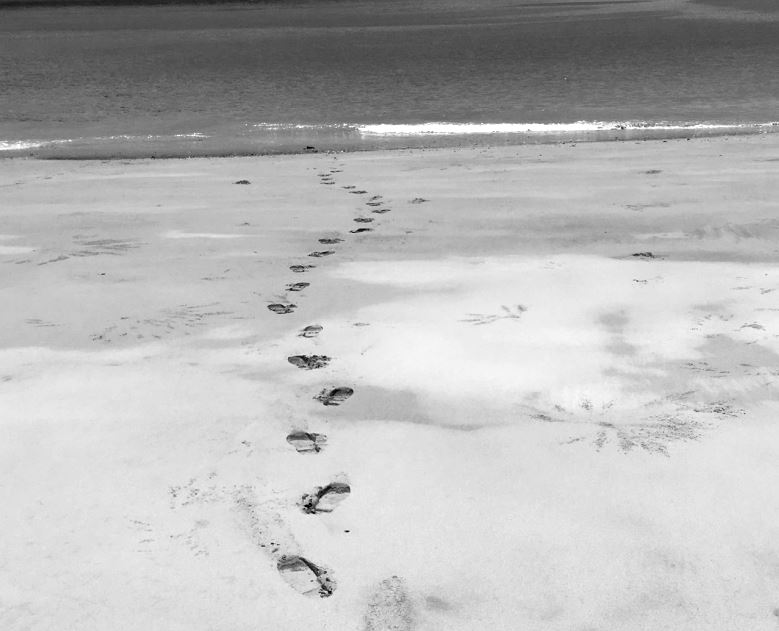 “Alone? No. Always the past to keep me company. The creatures on the planet, and the Force. And now you. Annoying though you may be.” – Yoda to Luke Skywalker

In High School my History Teacher said that the whole point of studying history is to “appreciate the past, understand the present and predict the future”. A skeptical class listened on. What’s the point of History some asked. Why would anyone dedicate their lives to studying dead people? I was the one that had always enjoyed learning about history. We are after all a product of past time. Everyone has come from somewhere. The vicissitudes of history with its migrations, wars and technological advances all have a bearing on our lives today. History is being made in this very moment and we are all part of it. The past is our constant, sometimes annoying, companion as we make our own history.

You know you are starting to get old when events that you clearly remember are referred to in the history texts. The first news footage I recall was the fall of Saigon in April 1975. Barely 8 years of age, I asked someone in the room why people were running and why were people fighting to clamber on to a Helicopter. Another scene on the TV showed Helicopters being shoved off an aircraft carrier. It was only a few years later in school that I learned about the Vietnam War. There were children in my class who were refugees from that war. They had fled with their parents. With little more than the shirts on their back they had been become homeless and had had to move to another country far from home. Their story had become a “History” lesson.

Looking at the world today it would be easy conclude that people do not learn from History. Humans collectively have a short memory. As soon as one calamity ends and we declare that we have learned we set ourselves up to repeat past mistakes. Lessons are never learned and even Historians disagree on what the past has to teach us. One thing is for sure, we seem to be caught in some sort of endless loop where humanity is condemned to repeat the same mistakes over and over.

The Roman Empire ultimately failed because it was too big and too powerful. Corruption was rife and a huge inequality existed among the people. The common folk were over taxed and struggled to survive while the elite amassed vast fortunes and consolidated power to benefit the few. As the barbarian tribes pushed in on Rome’s vast border driving it back, many of the citizens welcomed the new order. Eventually the Western Roman Empire imploded leaving only the East ruled from Constantinople. The Byzantine Empire also fell to Ottoman invaders in 1453 with the fall of Constantinople.

The Ottoman Empire in turn fell over 450 years later at the conclusion of the First War. The Empire had been decaying for more than a century due to corruption, negligence and incompetence in an Empire that reached almost to Vienna through the Balkans and Greece to Iran and Egypt to Algeria at its height. Why is this point significant? You can say that I am a product of these tidal changes of history. My heritage is from the central Balkans, the epicenter of the struggle between the Empires. This heritage has shaped much of my own personal history.

“We are not makers of history. We are made by history” – Martin Luther King. Jr.

How will our current great society fare in the coming decades? Will civilization decay slowly or will it be a cataclysmic event bought on by war or environmental collapse? Is the future of humanity hopeful? Does the world hold a brighter future, an enlightened age? Empires rise and fall with the tides of time. How will our great modern empires fare? What will be the impact on future generations?

People centuries ago were pretty much the same as they are now. They had families, property, careers and civic or military duties. Children went to school and played. Women went to markets and shopped and cared for their kids. Men went to work and socialized with their peers. Young people grouped together and couples paired off, got married and began families.

People had essentially the same cares and concerns that we have now. They worried about having enough money to support their family and provide a roof over their heads and food on the table. There were concerns for security, law and order, the economy and health as there is now. We may live in more modern and affluent times but things have not changed that much. Everything that we see in our day to day lives and all the order and structure that makes up our society is a product of the past. People are born and die but much the same things apply.

Most people can’t trace their family tree back very far. Perhaps four or five generations and then things get very blurry. A direct ancestor that lived 200 years ago is a unknown stranger to us. We would not him if we saw his face on a painting. It’s worth considering for a moment that in generations to come we will also be dead, buried and likely forgotten. All that will remain of our legacy are far off descendants who we will never meet. The question is, will they have learned from our mistakes?

“Appreciate the past, to understand the present and predict the future”

I remember my Father quite well even though it would be more than 30 years since we last spoke. The man provided me some important lessons in life however I largely failed to take them to heart. Following a similar path he had taken decades before I ended up, like him, alcoholic. I still wonder to this day how I could have survived the childhood that I did under the care of a reckless and abusive alcoholic only to fall in to the same trap. Someone once said that alcoholism is hereditary but I am skeptical about that. I had a choice, I knew the risks and the consequences but I chose to ignore the warnings and the lessons of the past. I had simply failed to learn from “His story”.

We cannot change the past. The Future on the other hand is an open book. What we decide to do this moment has a bearing on future events. So we choose mindfully our actions. This does not guarantee us the future we hope or desire but we can do our best with what we have within our control. We can try to navigate our lives as best as possible on a course that reflects the person we want to be. There is no good reason to repeat the mistakes of the past. Within us we have all the tools to ensure that we learn from our past mistakes and also take heed of the mistakes of others. We can learn from History.

Use Star Wars as an example if it helps. Fiction, like History, also provides a wonderful source of knowledge and wisdom. The rise and fall of the Republic and the Jedi are a metaphor for our own world and serves as a warning. The story of the fall of Anakin and the rise and fall of Darth Vader is a parable which remind us that our own inner demons can lead us to downfall. Giving in to Fear, Anger and Hate only ends in despair and death. Turning our lives over to Love, Hope and Faith leads to life, peace and serenity.

“Our greatest glory is not in never falling, but in rising every time we fall” – Confucius

Today I am recovered and I use my history and the history of others who have also walked the same path to avoid the pitfalls of the past. We need not be condemned to make the same mistakes again. If we have come out of a dark place we can recall what led us there and why and use that to help ourselves and others.

The choice is now. We either learn from the past and choose not to repeat the same mistakes or we continue down the well trodden path ultimately to our ruin. Make your History one worth remembering.