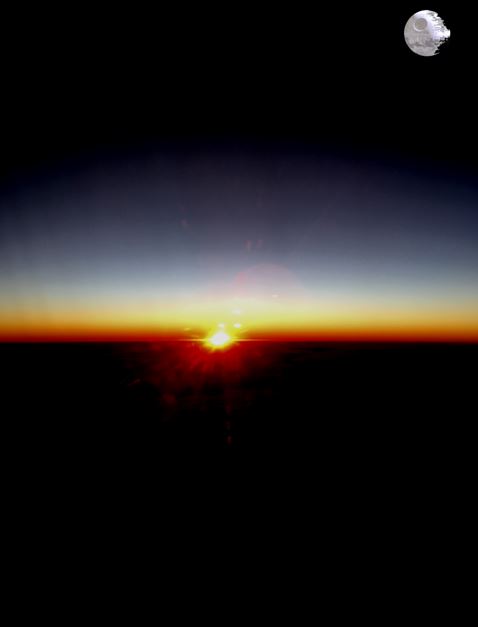 “Last Resort” is a word I often hear in martial arts and in everyday life. Simply put it is to use martial arts when unable to defuse or deescalate a situation or when evasion is no longer an option. If the situation deteriorates further you may need to then resort to whatever means are available to take an opponent out of a fight. It has become a fight for survival, the last place you last wanted to go. Playing by the rules no longer applies. Are you prepared to do whatever it takes?

You sometimes have to be prepared to resort to actions that might shock or appall you and others. The alternative might be serious injury or death. Are we trained and ready to handle  emergency situations in life?

Police Officers, Paramedics and Soldiers get training in dealing with situations that would leave most people unable to act mindfully. Most people faced with a crisis will go into an automatic fight, flight or freeze response none of which may serve. Most of the time its because they are unprepared.

“That’s the idea. I’ve been looking forward to this for a long time” – Greedo
“Yes, I’ll bet you have”. – Han Solo

When Han Solo faced Greedo in the Mos Eisley Cantina he did not hesitate to shoot the Bounty Hunter first. It was a casual and cold blooded act at odds with the Solo we are presented with in the backstory movie “Solo”.

Han knew that Greedo would have just as easily killed him. Instead of waiting he put a blaster laser bolt in to the Rodian and casually walked out of the Cantina tossing a coin to the Bar Keep.

Earlier, Obi-wan Kenobi had not hesitated to take off the arm of an aggressor with his Lightsabre when the trouble maker was trying to start a fight with Luke. The Master Jedi realized that it was pointless trying to talk down the Alien Pirate when Ponda Baba reached for his blaster.

“Sorry for the mess” – Han Solo

Han Solo did not react in panic. When he reached for his blaster and shot Greedo it was an instinctive reaction that had been drilled in to him after years of living the life of a smuggler. Dealing with scum bags like Greedo came with the territory.

Obi-wan was also acting out a trained response to a threat. The only difference between Obi-wan Kenobi and Han Solo was the intent and the outcome when faced with a crisis. Ponda Baba lost his arm, Greedo lost his life. Violence for Jedi was a last resort while for Han it was a simple case of “kill or be killed” and worry about the consequences later.

Whatever the difference Jedi and Smugglers had to keep a cool head in a Galaxy where a multitude of enemies were out to get them.

Han was never not ready and able. Neither was Obi-wan. Alone in the desert Kenobi came face to face with his old foe, Darth Maul who had come seeking final revenge. Decades had passed. As Lightsabres flashed, Darth Maul was cut down by the old Jedi in three short moves. Kenobi was more prepared than the angry and hateful Dathomirian.

Han Solo  decades later faced his son Kylo Ren ready for whatever might happen but seeking forgiveness. Obi-wan sought out his old friend and apprentice and was cut down by Darth Vader. The Jedi Master was prepared for the final act and perhaps planned it.

“If you define yourself by your power to take life, to desire to dominate, to possess, then you have nothing” – Ob-wan Kenobi

I have been in fair number of fights, none of which I’m proud of. Most of them I was drunk and the scene was never pretty. My last punch up was probably 25 years ago. Fortunately even as a heavy drinker I eventually learned that fighting was a last resort activity. It was something that could ruin a good night and disrupt a night of drinking.

Anger and frustration played at a world in which I could not find peace. Without calm I was ill prepared for life so I fought against the tide.

I also scared myself. If I lost it I could do something that was beyond a last resort but a primal and mindless act I would wake up to and regret forever. Knowing my inner Demons helped in many ways to keep them on a chain if not completely at bay. Unfortunately this meant largely isolating myself from others and getting drunk alone in exile with my Demons, the greatest of all was Fear.

Fear of the present, fear of the future and fear of not knowing what I would do when “it” happened.

One way to build enough resilience to remain calm in a crisis is to rehearse and play out possible scenarios in your mind before they happen. Imagine how you might react in a situation. Observe yourself remaining calm and focused. Be prepared.

Decide what you would do in the situation. See that playing out in your mind’s eye. It might be any type of scenario. You may have a difficult meeting to attend at work, disagreement with a co-worker which has the potential to explode, a run in with an aggressive drunk in a Bar, an altercation in traffic, a medical emergency on the street, being a bystander (or a victim) of a robbery, getting dumped by your girlfriend or boyfriend, news of a personal loss and so forth. There are countless scenarios that could play out. We cannot rehearse them all but we can work on being prepared for the worst case scenario and respond in a way that does not make it worse.

“The art of living is more like wrestling than dancing, in so far as it stands ready against the accidental and the unforeseen, and is not apt to fall.”  – Marcus Aurelius

Being able to deal with “scenarios” by keeping a cool head is essential in recovery. Most alcoholics know what their triggers are. The difference between someone in abuse and someone in recovery is how they handle those triggers. Everyday we wrestle with Demons that clamor to rise to the surface.

If I didn’t run into issues that provided me with an excuse to get drunk I created them out of my own design. I would start a disagreement or act in a way that attracted drama and controversy. It was partly attention seeking and partly contempt for those around me. I could manipulate people well enough to achieve the desired outcome. Being selfish, disagreeable, offensive and belligerent, it wasn’t hard! Soon enough I had the opportunity and the excuse to get drunk.

Recovery is an exercise in self-discipline, crisis management, conflict resolution and finally impact mitigation. We do not try to hide from life in order to avoid scenarios where our virtues may be tested to their limits. Instead we engage with life head on expecting that daily we will encounter difficulties.

Never forget that we are only human. We may be able to convince ourselves that we are ready for the “accidental and the unforeseen” and then get blindsided by something we weren’t prepared for. It could be a snide remark at the wrong moment or a major catastrophe. Adding to the drama only makes it worse. Being sensitive people it might be enough to tip us over in to relapse.

One Day at a Time

“When you wake up in the morning, tell yourself: the people I deal with today will be meddling, ungrateful, arrogant, dishonest, jealous and surly .” – Marcus Aurelius

Marcus Aurelius had a way of dealing with difficult people and the constant challenges of being Emperor. Being a realist Marcus realized that he could not avoid them and that the best way to deal with it was to fully accept his day would be beset by difficulties. This does not mean he was an eternal pessimist who was resigned to every day being as bad as the last. In fact he welcomed the day because he realized it for the gift it is, another day to improve and hopefully make a difference not in spite of the inevitable challenges and difficulties but because of them.

Ancient Rome was a complex and treacherous place to be a ruler. Rome would devour those that were not ruthless enough or wise enough to navigate it safely. The Star Wars universe was no different. The world today can be that way too. The lesson that I take from the Star Wars mythology is to be constantly aware and to expect the unexpected especially when everything seems to be going well and as planned.

“When you arise in the morning, think of what a precious privilege it is to be alive – to breathe, to think, to enjoy, to love.” – Marcus Aurelius

Being prepared is not only being switched on to what is happening around you, but also what is happening within you. It is also being conscious of the present moment. Being attuned to change and being able to anticipate what it going to happen next. It is about allowing our intuition to do its work and being one step ahead of Jabba the Hutt or the “accidental and the unforeseen” of the Stoics.

Hopefully we never find ourselves in a situation where our resolve is put to the test beyond our known limits. I for one sometimes wonder how I might deal with an immediate threat and use self talk and visualization to rehearse a mindful response.

We can also rehearse scenarios through practice. Practicing poverty through self denial and voluntary hardship is one way. Negative visualization is another daily practice. Taking up martial arts which uses reality based scenarios is another way to prepare for the unthinkable. Any form of mental or skills training which prepares us for the worst case scenario is never wasted.

None of us can truly know our selves inside out. We don’t know what we might do as a “last resort”. What we can do is be ready for the “accidental and the unforeseen”. The world is chaotic and the Greedo’s and Ponda Baba’s sometimes impose themselves in to our lives if we are ready or not. It can be a predator or it can be getting blindsided by life. Be ready to reach for you light saber or blaster if you can’t avoid or defuse. Keep your cool and most of all your humanity but be ready to leap in to action.