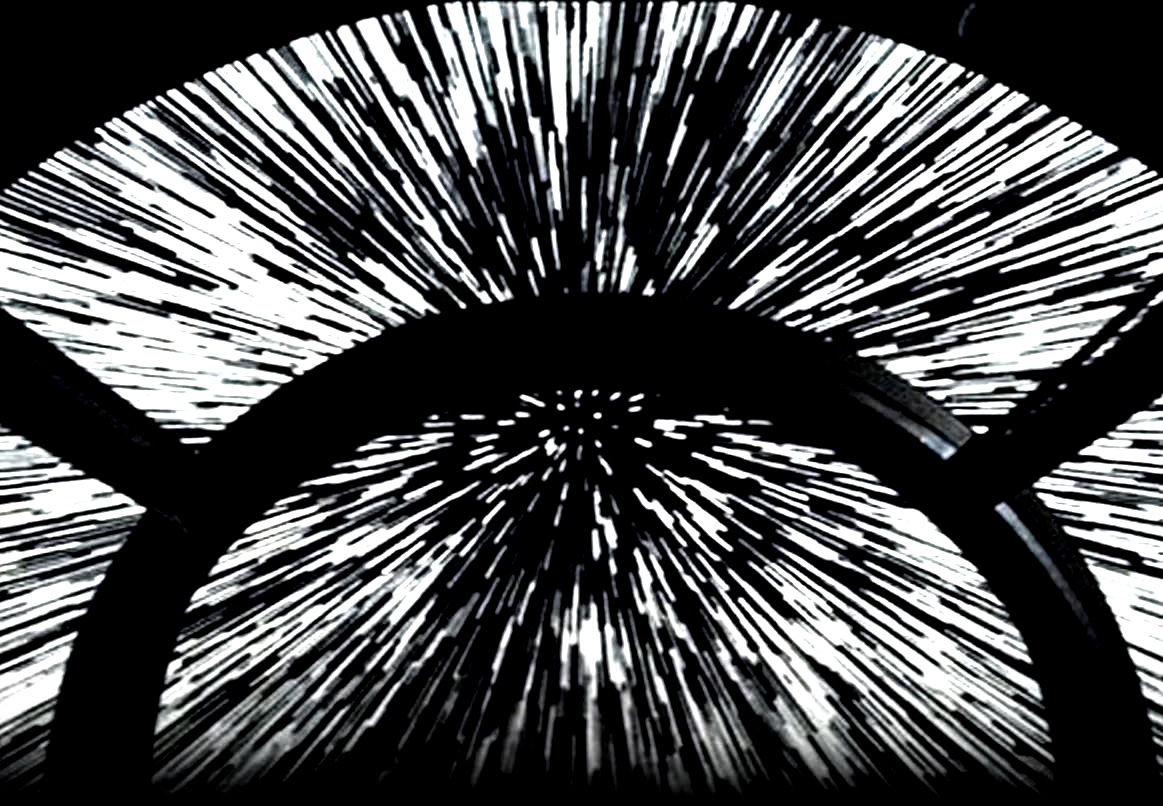 The famous line “It’s not my fault” was said four times in the original trilogy of Star Wars. The quote is used by Han Solo and Lando Calrissian to dismiss any blame for screwing up at precisely the wrong moment. For example when being chased by Imperial Star Destroyers or making excuses to Jabba the Hutt. Rogues and smugglers do not easily admit their mistakes even when the odds are that everyone is about to be killed because of them.

Growing up I always felt the victim. It felt as if I was born to suffer injustices. The blame for every problem that I ever had could be placed squarely at the feet of others. With the years that attitude solidified. I was arrested for shop lifting as a child and blamed those who were with me, my home and an alcoholic Father. My troubles at school were due to a broken home, a dead mother and being taken into state care.

I fought a lot because other kids provoked me. I was the “same old backside again” for the Head Masters cane. I didn’t do well in School because of a disruptive home. My grades were poor because we had moved around a lot. We were poor migrant working class. None of it was my fault. I was a Victim.

Being a skinny and awkward kid who lacked confidence I was never popular with girls. I was one of those kids that sat on the sidelines at school dances waiting and wanting someone to ask me but dreading it at the same time. Being like that, the sullen pale skinny kid, inevitably attracting bullies and trouble at the same time. I was miserable and for every slight, insult, slap across the head and wedgie my self-pity and indignation grew. Every screw up that happened seemed to be blamed on me. I hated the world and wanted to fight everyone and everything.

I was shocked when the Captain signed a document committing me to five years in the Army. I barely notice he did so with a perceptible sigh of resignation as if he had suffered a slow day and needed to fill a quota before he could leave for the Officers mess. The Captain passed over a contract which I signed. I thanked him for the opportunity and he looked at me with mix of humor and pity and said with a grin “Good Luck Son”! My lack of self-confidence and self-esteem was obvious. Perhaps he thought the military might save me from something worse than death.

Getting in to the army felt like I had finally been accepted in to a family that mattered something. Even as my scalp still burned from being roughly shaved clean and I stood shorter than everyone else in my over-sized new fatigues, I felt like a man at last. A Corporal said I looked like a “bag of shit tied in the middle”.

They called me “Sprog”, “Grommet” and “Cluster”. For the first year I was the guy who got the worst jobs and suffered the most offerings of Punishment. My Team harangued me for every fault in barracks, field or range. They were also getting “beasted” for my mistakes. I could do nothing right and when I tried my best it was rejected and ridiculed. Soon on overseas on deployment I sometimes contemplated deserting in to the night or turning my rifle on myself. None of this was my fault. This is not what I wanted. Why couldn’t I fit in?

“Stop validating your victim mentality. Shake off your self-defeating drama and embrace your innate ability to recover and achieve.” – Dr. Steve Maraboli

Bend not Break the Rules

Propped up at a bar nursing a whiskey and chasing that with beer I suddenly felt like I belonged. My “Muckers” were around me buying rounds of tequila. I slammed a few and staggered outside to throw up. Everyone howled with laughter but I came back for more. At last I could do something right! A face blurred came in to view. I smelt perfume and felt a hand between my thighs. She whispered something in my ear and I nodded. Next a cab ride to a hotel with a prostitute.

Waking up with a hangover and realizing that I had missed parade and was officially AWOL. Still drunk stopping at a bar for a drink to steady nerves before grabbing a cab ride to Base. My gut churning from booze, lack of food and fear I face the OC. There is the mandatory reprimand and smack broadside across the head from the CSM then a week in the guard house. In jail there are slaps, yelling, drill and ruck runs and digging holes under a burning sun. It’s a chance to sober up a bit. I’ll do it again, probably next week.

Rinse and repeat many times as my career went down the toilet. Each time it gets easier, not caring because it was never my fault. I started enjoying the Army. My attitude stunk.

They throw me out saying I’d had too many chances. I can’t accept its anything I did. The years pass by. I wander from place to place and job to job. I can’t hold down a job for long. Relationships never last more than a few days or weeks. But none of that was my fault. I’m the victim in that story, right?

“Self-pity is spiritual suicide. It is an indefensible self-mutilation of the soul.” ― Anthon St. Maarten

Anakin fell to the dark side because he was primed for the fall not by Palpatine but by his own set of beliefs. Anakin believed that he was a victim of circumstance. Born in to slavery, never knowing his Father. Taken from his mother to become a Jedi. Finding his mother years later on her death bed. The horror of war and losing friends and allies. Building anger and hatred over the years. Anakin never learned to accept things as they are. None of it was his fault but he did have a choice in how he allowed these events to shape his character and destiny. The choices he made and the suffering they bought to him and others were on him. Becoming Darth Vader was his fault not Obi-wan’s, Yoda’s or Padme’s.

Ben Solo is another complex character who wallows in the self pity and aggression of the victim. Being force sensitive from his mother Leia, Ben also had the darker traits of his grandfather Anakin. Eventually it was Ben’s feelings of abandonment that made him ripe for grooming to the Dark Side by Snoke. Both of Ben’s parents failed to provide him with the attention he needed as a child.

Han Solo was unable to settle and be a good Father. Leia had enormous responsibilities as a civil and military leader and was often absent. The marital problems and clashes between his parents left Ben Solo feeling further abandoned. As an adult Ben was finally told of the truth of his grandfather Anakin and it affected him deeply. In the end it was his revered Uncle, Luke Skywalker, betrayal of his trust that finally pushed Ben Solo to the Dark Side. As a servant to Snoke he became Kylo Ren. Blaming his parents, the Jedi and the New Republic for his pain, Kylo Ren set out to destroy them all.

A Victim Mentality seems to span generations of the same family. While a victim mentality is a learned and acquired behavior It seemed to run in the Skywalker family like some mental illness. As children we learn from the example of our parents and peers and form beliefs. Later we surround ourselves with like minded people which reinforces those beliefs. If we allow ourselves to fall to the narrative and act out we become Victims. The only way to break free of it is to reject the narrative as false and retrain the mind to let go of the negative mind set that Victimhood perpetuates.

Alcoholics act the perennial victim. So it was with me. We have a tendency to make a mess of our lives and blame others. We wet the bed and blame the sheets. Alcohol blinds us to the truth that most of our problems are of our own making. We blame our parents, teachers, friends, partners, the system, the government or “God” for our problems. Ultimately we fail to take responsibility and do what is within our power to make things right.

My own set of beliefs kept me in denial and victimhood for decades. It’s easier that way, to blame others for our problems. Blaming others absolves us of responsibility to take action. If anyone should take action, we believe, it should be others. After all it is not our fault.

“Your life is the fruit of your own doing. You have no one to blame but yourself.” – Joseph Campbell

Victimhood culture is a scourge of the modern era. So many people today embrace the idea that being the victim gives them the justification to blame their misery on others. “Victims” carry an attitude that life is against them and that society is somehow bent on pushing them down and holding them there. They and only they have a monopoly on injustice. Believing they are being denied the tools to help themselves they refuse to take steps to analyse their beliefs or change in any positive way. Without realizing it they hold themselves down and attack others for it. Even when things do improve it is never enough. There is always fault to be found and someone to blame.

Victims will always complain, criticize, blame, gossip. They can’t take a joke and find attitudes or opinions that differ from theirs offensive. Victims are easily triggered and emotionally incontinent. Society and its institutions seem to encourage and facilitate this perpetual sense of entitlement and victimhood. Victims tend to draw upon each other in order to validate their status as victims. This culture creates a mindset of powerlessness. Rather than being empowered to create the change needed the victim is disarmed by a sense of self-pity, frustration, anger and unfulfilled entitlement and potential.

“I am not what has happened to me. I am what I choose to become” – Carl Jung

“I can fix this” – Poe Damerone

Victim to Victor in 12 Steps

In the 12 Steps, the first step addresses the mental chains of a “Victim Mentality”. While Victimhood taught me I was powerless in all aspects of my life, Step 1 showed me I was only powerless where alcohol was concerned. I had the power and only needed to claim it fully to overcome my addiction and become the person I wanted to be. Instead of being a Victim I could be a Victor by committing to some principles and practices;

Han Solo loved to deny fault especially at the worst possible times. Blaming a failed Hyperdrive systems error on someone else while an Imperial Star Destroyer is bearing down is not going to fix the situation. Han knew that. In the end Han does what Han does best, he takes decisive action and gets out of his predicament by the skin of his teeth and with panache. Han was a Rogue but also a Victor after all, not a Victim. Be like Han…

What did you have in mind for

their garbage before they go to

light-speed, then we just float

With the rest of the garbage.

*Acknowledgement to “Baggy Trousers” by Madness – the anthem of my childhood.