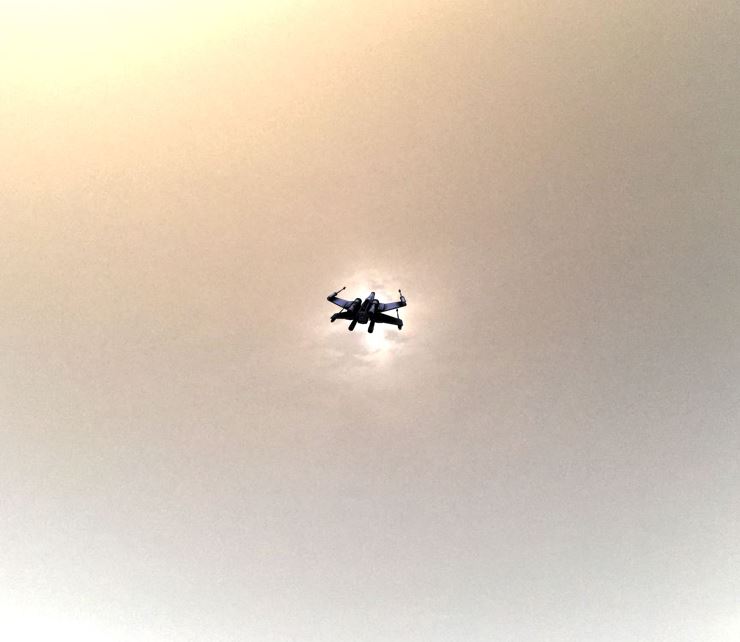 “Courage begins by trusting oneself.” – The Clone Wars

In France people often the use the word “Courage” or “Bonne Courage” to encourage a friend or an acquaintance that is facing a challenge large or small. It is not a word which is used in the English language as an informal expression of one’s hope that another will succeed or prevail. We will rarely hear someone say to another “Be Brave” or “Have Courage” as if we were saying “Good Luck” or “Have a nice Day”. In France it is used often and is meant to remind one of the virtues of courage and its universal application in all aspects of life. It is a reminder that self trust is the root of courage.

Courage was considered by the Stoics as one of the most important virtues that a person could attain. Along with wisdom, justice and temperance (self-control), courage was considered essential to living a good life. Perhaps with the adoption of the Stoic philosophy by the Romans and its eventual influence on Christianity the virtue of courage became embedded in the Romantic languages such as French.

The Latin word for courage is “cor” which roughly translates to “heart”. When people say, “He had the heart of a Lion” they mean he had courage which was exemplary. More than courage, the person had “heart”. “Heart” often refers to the inner resolve and spirit of a person which courage is a part of. A person may have the courage to face a fight and enter a ring to face an adversary but “heart” keeps him in the fight even when the odds are stacked against him. The person is not being reckless or suicidal; the person has the self trust to carry on past any fears and doubts.

“There is nothing so disagreeable, that a patient mind can not find some solace for it”. – Seneca the Younger

The Latin word “Animus” was used to describe something more than “heart”. Animus roughly translated to the virtues of spirit, mind and courage. Animus entails the development of human mind, body and spirit and the transcendence of the human consciousness to higher levels.

At the highest level Animus is the antithesis of the ego. The Ancient Greeks and Romans recognized that the ego was the greatest challenge that people faced. The root of all fears and doubts stem from the ego. The ego overrides reason and better judgement.

Cor (Heart) is needed to overcome that fear and arrive at a state of Animus which breaks us free from the grip of the ego. By finding Animus we overcome the barriers that we have built to stop us getting where we want to go.

“Courage is not the lack of fear. It is acting in spite of it” – Mark Twain

The Ancient Greeks and Romans considered Animus to be exemplified by the “warrior spirit” of duty, sacrifice, loyalty, honor and courage. When a warrior died in battle they had achieved the greatest feat for their nation. The Ancients believed that a warrior slain on the battlefield held an esteemed place in the underworld of the dead.

Even today we revere and honor our fallen heroes and use words such as courage, bravery and selflessness to describe them. Soldiers still use the slogan “Until Valhalla” in reference to the glory assigned to fighting with spirit and dying with honor. They are not fanatics, they trust themselves and their comrades beside them.

The purpose of the “Heroes Journey” is for the one “called to adventure” to find their internal Animus by overcoming the trials and challenges that stand before them. By venturing in to the dark and the unknown one arrives at light and knowledge. By sinking in to despair one finds hope. Through defeats and disappointments one finds the strength to overcome and the will to continue on to victory. The story has been told and retold through the myths and stories of the ages. We see it clearly in the saga of Star Wars. These stories inspire us.

“Courage in danger is half the battle.” – Plautus

You do not need to be a hero on a life and death mission to discover your own Animus. I once thought the only way to truly test myself and find honor was by going to war. One does not need to do either to live a good and meaningful life. Life will test our courage and strength in many ways. It may be as simple as practicing principles even when others push the boundaries and provoke us. Staying sober is a daily and sometimes hourly test of resolve. We can express Animus in everything we do.

The French regularly say “Bonne Courage” as an offering of support to someone who is facing a challenge or difficult time. It is an odd expression to the English ear but it makes perfect sense. What the French are saying is much more than “Bonne Chance – Good Luck”. “Courage” is a reminder that everyone has an inner and sacred Animus that resides within. If one has the self trust to find heart and dig deep enough they will find it there and it will give them all the strength they need to prevail.

“A courageous heart is not only the greatest virtue, but the parent of all the other virtues.” – Marcus Tullius Cicero