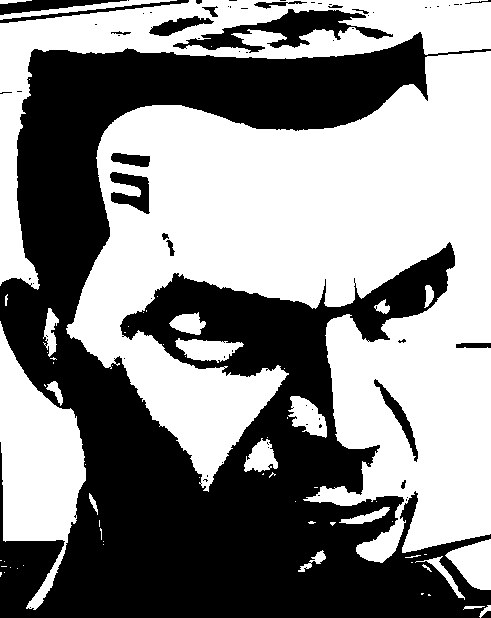 “Look around! We’re the one and the same; same heart, same blood. Your training is in your blood. And my blood’s boiling for a fight!” – Fives

“In doing nothing men learn to do evil” – Cato the Younger

There are many tragic themes in the Star Wars saga. The Fall of Anakin Skywalker is one and the death of Obi-wan Kenobi is another. The betrayal of Ahsoka Tano is also tragic lesson. The death of Padmé Amidala and the separation of Luke and Leia as orphans unaware of their past and common destiny is a sad and tragic story.

The death of the Clone Arc Trooper Fives towards the end of the Clone Wars is particularly tragic as he died trying to prevent a terrible conspiracy from being realized. What made it more poignant was that Fives was a Clone Trooper that was thrust in to a destiny he had no control over. One that would ultimately lead to the fall of the Old Republic and the rise of the Empire. The story is also similar to that of Cato the Younger, who sacrificed his own life trying to save the Roman Republic from descent in to dictatorship.

Fives was a Clone ARC Trooper and a loyal member of the 501st Legion. He was called “Fives” because of his number (CT-5555). Surviving multiple battles and demonstrating uncommon bravery Fives quickly became promoted and accepted in to the elite Advanced Recon Commandos (ARC). The Kaminoans had engineered and manufactured the Grand Army of the Republic to fight without pity or remorse and to die without hesitation in service to the Republic.

The Clone Army was a military asset purchased by the Galactic Senate to be used against the military might of the Separatist Alliance, the Droid Army. Being Clones with one purpose they were expendable and the Kaminoans took pride in the precision  of their creation.  They had created the ultimate fighting Force. The Clone Fives was a shining example of the Kaminoan product line. Each Clone was a number, however there was a problem; Fives was more than a number, he was different.

Clones were made to be the same in every way; the model soldier. The Kaminoans designed them to display little variability in behaviour and to follow orders without question or hesitation. Any differences were the result of inevitable genetic drift and personality development during training. These were considered defects. Variations that could be tempered through discipline and control biochips.

The Clones also held a secret which only the Sith Lord Darth Sidious, his apprentice Darth Tyranus and the highest ranks of the Kaminoans knew. Each Clone carried an inhibitor bio-chip which contained the orders for Protocol 66.  When that order was eventually given, every Clone that still carried the biochip in his head suddenly turned his weapon on any Jedi in the area and executed them without hesitation and without pity. They were programmed to become Galactic Storm Troopers once that switch was thrown. Only the Clones who had removed their biochips refused to carry out the orders. Some joined the rebellion.

Fives was no ordinary Clone. Throughout his career he had questioned the morality and sanity of orders. The Clones were connected by a common genome and considered each and every Clone to be his brother. For Fives it was more than that, he truly cared for his comrades and was willing to risk his life for them.  Fives also had a deep respect and admiration for his Jedi superiors and made it a personal mission to protect them. The sentiment was reciprocated by those Jedi closest to him. Anakin Skywalker, Obiwan Kenobi and Ahsoka Tano were amongst those he called friends.

“Where is the honor in marching to our deaths?” – Fives

As Fives saw more and more of his comrades die and many for pointless reasons he began to question his identity and purpose. Fives believed that Clone were not expendable tools but living, breathing, sentients worthy of dignity, respect, free will and above all life. It was Five’s discovery of Protocol 66 which ultimately led to his demise as he sought to warn the Jedi of the plot to kill them. Fives had stumbled on an unspeakable truth and for that he could not be allowed to live.

In much the same way Cato was betrayed by the corrupt Roman Senate.  The Rebel Army surrendered but was ordered slaughtered by Caesar. Cato had almost stopped Julius Caesar from becoming Dictator of Rome. Cato committed suicide rather than seek pardon from Caesar. The rebellion against Caesar  was defeated. This final defiant act was in line with his principles. Cato preferred to die than lose his liberty.

Had Cato succeeded the Republic would have survived. Caesar would never have taken power from the Senate and abolished the Republic.

“In doing what we ought we deserve no praise, because it is our duty” – Cato (Joseph Addison Play “Cato”)

In the same way a single, solitary soldier who was meant to be programmed not to think exposed the greatest conspiracy in the Galaxy. The Jedi were blind to the truth and the Senate was easily manipulated. Only Fives saw it and he was a tragic figure when none believed him. If Fives had succeeded in his quest to unveil the truth, Protocol 66 may have never happened.  The Old Republic would have survived and Chancellor Palpatine would have been exposed for what he was, a Sith Lord.

“I am not just another number! None of us are!” – Fives

The Power of One

Fives was the last known survivor of his Rookie Squad, “Domino”. Each of the Clones were genetically identical but also had unique personalities. When these personalities worked in tandem they were formidable warriors. Like Cato, Fives was the epitome of the Stoic and it carried him through the war.

Cato and Fives were both stubborn and tenacious, loyal and dutiful to their superiors and subordinates. Both soldiers displayed high moral integrity, resolve, strong leadership and led by example. Above all they distrusted corrupt politicians and incompetent leaders who only sought to serve themselves. Cato and Fives were sworn to protect the Republic. Living by principles was not an option but a duty. They both failed in their duties for reasons far outside of their control. The forces united against them were too great to overcome.

“I know not what treason is, if sapping and betraying the liberties of a people be not treason.” – Cato the Younger

I’ve compared my own mental defect, the one where if I’m exposed to alcohol my personality undergoes a sweeping change, a sort of Protocol 66. With booze I am driven to do and say things that I have no control over. It’s like a switch is thrown in my head. I have to remember that alcohol was more powerful than me for most of my life and that only working the Steps and applying spiritual principle overcame it. Ultimately the only thing preventing me from another fall is reasoned choice and reliance on the Force.

Nations and Empires can rise and fall over night with or without our consent but one’s own mind is his own. It is the only thing we truly own. Every day we battle a cunning foe and that foe is our very self. Our better nature holds the high ground as long as reason prevails.

“Do not expect good from another’s death.” – Cato the Younger

The point of mythology is to provide us with lessons through storytelling. The stories entertain us but they also provide a message. Sometimes that message is a warning. Star Wars serves that purpose and we take from it what we want. The fictional realm can hold a mirror to reality. We can also apply Philosophy to make sense of life. The tragedy of Fives teaches me that even someone who is just a number can still make a difference in the world. Even the most powerful can know the name of a humble soldier. No person is a number and freedom is a choice.

Star Wars is fiction but the story of the collapse of the Old Republic and the purge of the Jedi resembles the beginning of the death of the Roman Republic and rise of the Empire. Whether Lucas was aware of this historical similarity is irrelevant. The point is that it is in our power to change our own lives for the better, to seek truth and to challenge injustices like Cato and Fives did. 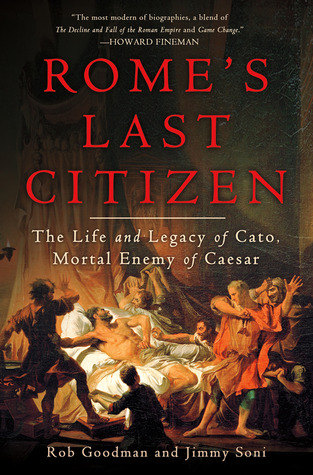