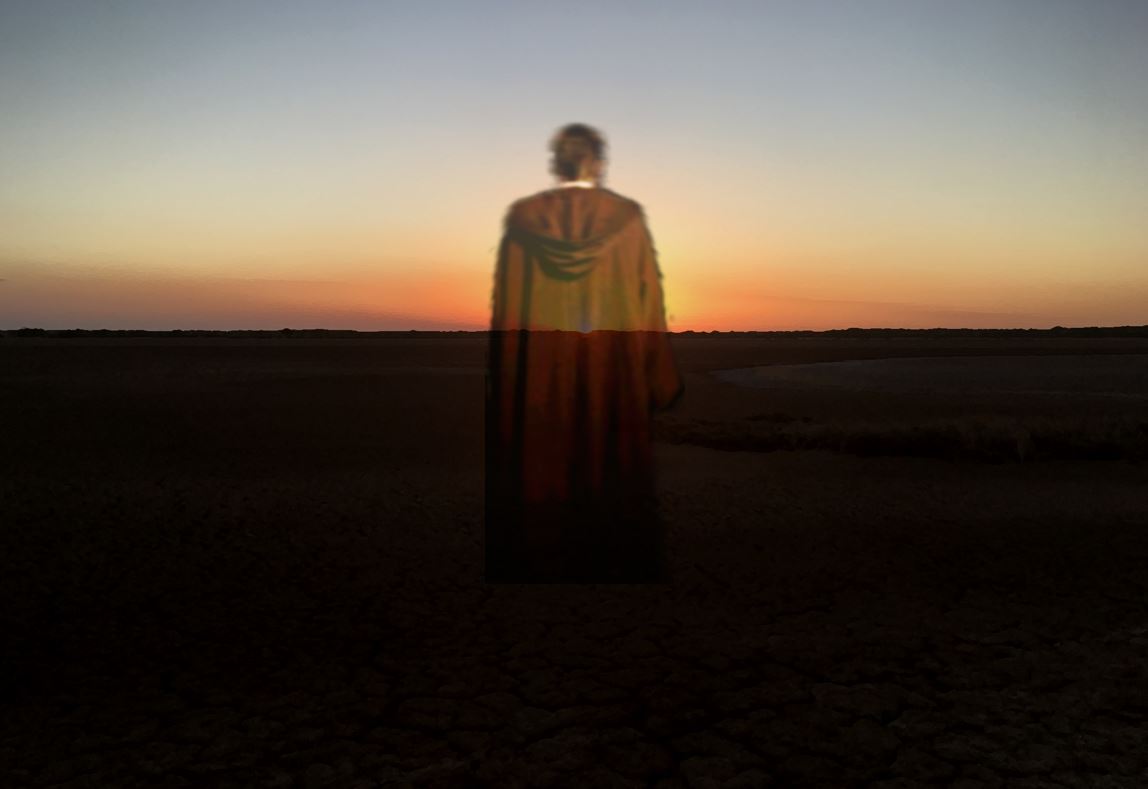 “You will know good from bad when you are calm, at peace, passive” – Yoda

“Why am I here? What’s my purpose in life?…What do I mean by who am I?” – Meditations of a Sperm Whale called in to spontaneous existence by the Infinite Improbability Drive moments before falling to its death on an alien planet. ― Douglas Adams, The Hitchhiker’s Guide to the Galaxy

Marcus Aurelius was the Emperor of Rome. Historians call him one of the five “Good” Emperors who ruled for the benefit of his people and not the other way round. Marcus Aurelius is also notable in that his personal reflections are preserved to this day in the book “Meditations”. Being a Stoic, journaling was something that he practiced. More than 1800 years later after his death we still have a remarkable insight in to the mind of a man who saw every day as an opportunity to continuously practice virtues and improve himself. Marcus was no Sage, he was fallible and had faults like any human being. Despite his status he embraced his weaknesses and strived to be a good man. To this day “Meditations” continues to inspire and teach. I would argue that Marcus Aurelius, while no Stoic Sage, could have easily been a Jedi Master.

The Jedi are fiction. We all know that. There are no Jedi in existence. Someone may call themselves Jedi but they are not an “actual” Jedi. Jedi exist in the Star Wars Universe, those of us who identify as Jedi are only using that label to define who we consider ourselves to be. The “trick” is in being Jedi. Living as how you perceive a Jedi should live.

The Stoic Sage is also fiction. None exist. It is likely that they never existed. If a Stoic Sage has come along there is no record. The Sage is a rare as the Enlightened one of which we also have no proof. If you have met someone who claims to be enlightened it is highly likely they aren’t. A person can profess to be Stoic and practice the philosophy but not seriously claim to be an actual Stoic. If someone meets you and introduces themselves as a Stoic Sage you can immediately dismiss it as false.

“Love the hand that fate deals you and play it as your own, for what could be more fitting?” – Marcus Aurelius

The Heart of Gold

The Stoics passed in to history with the conversion of Rome to Christianity. Only about 1% of the works of the classical Stoics exists therefore we only know a small part of the philosophy pieced together by what has survived. The writings that remain are significant but are only a tiny fragment. Almost nothing remains of the original Greek philosophers. There are no Stoa today where students of the philosophy receive instruction. When someone says they practice Stoicism or call themselves a Stoic it is akin to calling themselves a Jedi. We know less about what the Stoics believed than even the Jedi.

If String Theorists are correct and there are infinite Universes it would be logical to assume that there are also infinite possibilities. Meeting a Jedi is therefore within the realms of possibility. There could in fact exist a Universe that is a parallel of the one created by George Lucas replete with Jedi and Sith. Just as possible, but also highly unlikely, there could also be Universe out there where Stoics exist, a carbon copy of the original. Within the realms of what Douglas Adam’s penned “infinite improbability” would this reality exist. If you meet a real Jedi or Stoic on the street you are probably having a lucid dream.

“Don’t behave as if you are destined to live forever. As long as you live and while you can, become good now” – Marcus Aurelius

None of this means that we cannot aspire to be what we imagine a Jedi Master to be. As I stated above, Marcus Aurelius could easily have been a Jedi Master in another Universe. My guess he was not trying to be anything other than a man of virtue. Being taught in the philosophy, Stoicism formed his ideas and character. More importantly, Marcus was taught to apply what he had learned and avoid using philosophy only for rhetoric, speculation and contemplation. Marcus Aurelius practiced and lived in accordance with his principles and demonstrated the merits of his chosen philosophy throughout his life. The concept of a Sage may have been nothing more than an impossible ideal to aspire to. The Stoics would accept that it can never be reached in one short life time.

The Jedi Master can also be seen as a model of perfection to aspire to but impossible to reach in reality. I’ve met no one who can wield Force Powers for example. The Jedi Code however provides a clear goal that the Jedi must work on in order to achieve “Mastery of Self”. Serenity, Peace, Harmony, Knowledge and the Force are the outcomes of perfect Jedi practice. The reality is that no matter how hard a Jedi trains here on Earth, there is no reaching a perfect state. Serenity and peace are never permanent, harmony can be unbalanced, knowledge is never complete and the Force is unknowable.

My greatest mistake in early recovery was seeking perfection. My goal was perfect practice and spiritual transcendence. I demanded perfection from myself and others. When I and others failed to meet that benchmark I was angry, resentful and frustrated. My sanity started to slip. The only solution was to start accepting that perfection is for fools. Change happens if we work for it. A degree of serenity is attainable, happiness is in reach, contended sobriety is possible. These goals are attainable, but perfection is not. Everything is fleeting and there will be bad days as well as good.

“Let each things that you would do, say or intend be like that of a dying person” – Marcus Aurelius

The end goal is not what we should be after. The journey is what is important. If the destination is perfection we come to accept that perfection can never be reached by we can still try for it. A Buddhist Monk may aspire to become a Bodhisattva and spend his entire life reaching an ideal to arrive at the end of life well short of that goal. Even if he does, it may not lead to enlightenment. A Stoic did not seek  the perfect state of a Sage for its own sake. A Sage is the end result of a life of perfect practice which is impossible in one life time.

In recovery we are often warned to avoid seeking perfection. The pursuit of perfection is a path laden with disappointment and frustration. Instead of perfection we are encouraged to seek progress and work hard. In the beginning we only seek to stop the slide to oblivion. As we built a solid foundation and started to apply simple principles in our lives we start to develop character and demonstrate virtue. In time we begin to see change in our lives inwardly and externally. The longer we walk the path the stronger our sobriety.

All we have now is what exists. The Stoics Marcus Aurelius, Musonius Rufus,  Seneca and Epictetus were mortal and are now mere atoms. All that survives of them are remnants of their writings. Modern day Stoics take from that and have a practical philosophy which works many centuries after the last classical Stoic died. Real World Jedi are left with random quotes from movies and books to use as inspiration for a philosophy. Yoda, Obi-wan Kenobi and Luke Skywalker never existed. Strangely enough Jedi Philosophy still works for many.

In recovery we also take what we need and leave the rest. The example of those who have come before inspire and teach us. A personal philosophy is built from the ground up. We live it every day and recover.

“Think of the whole universe of matter and how small your share. Think about the expanse of time and how brief, almost momentary the part marked for you. Think of the workings of fate and how infinitesimal your role” – Marcus Aurelius

Always pause to consider what you are chasing. Are you chasing perfection? Do you wish to reach enlightenment, to become a Sage? Is your goal to transcend to the Force while you still live? Is progress the goal? Marcus Aurelius was the Emperor of the greatest Empire that ever existed. To many Romans, the Emperors were divine and therefore perfect. Marcus Aurelius did not see himself as perfect or seek perfection at all but only to be good. “Meditations” reveals a personality that displayed all of the traits of a Jedi Master. The goal of “Meditations” was daily progress.

A perfect job, partner, home or life do not exist. They are ideals we desire only and are largely out of our control. They are as attainable as enlightenment. We can come to a state where we are happy with what we have and grateful for it or we can continue to pursue perfection and then arrive at frustration and disappointment. You can only seek to better yourself. Aim to be a better version of the person you were yesterday. Be happy with progress. Be Good.

“Soon you will die, and still you aren’t sincere, undisturbed, or free from suspicion that external things can harm you” – Marcus Aurelius 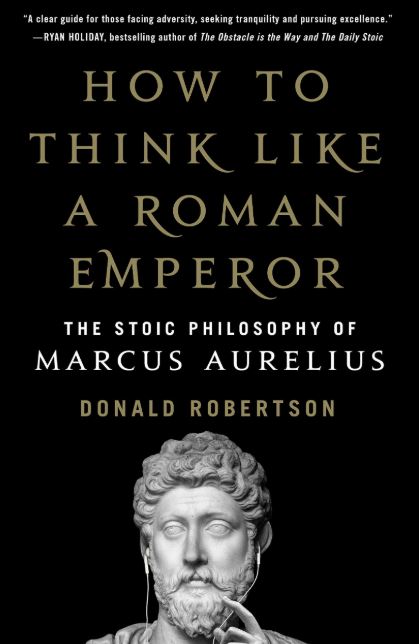 How to Think Like a Roman Emperor: The Stoic Philosophy of Marcus Aurelius