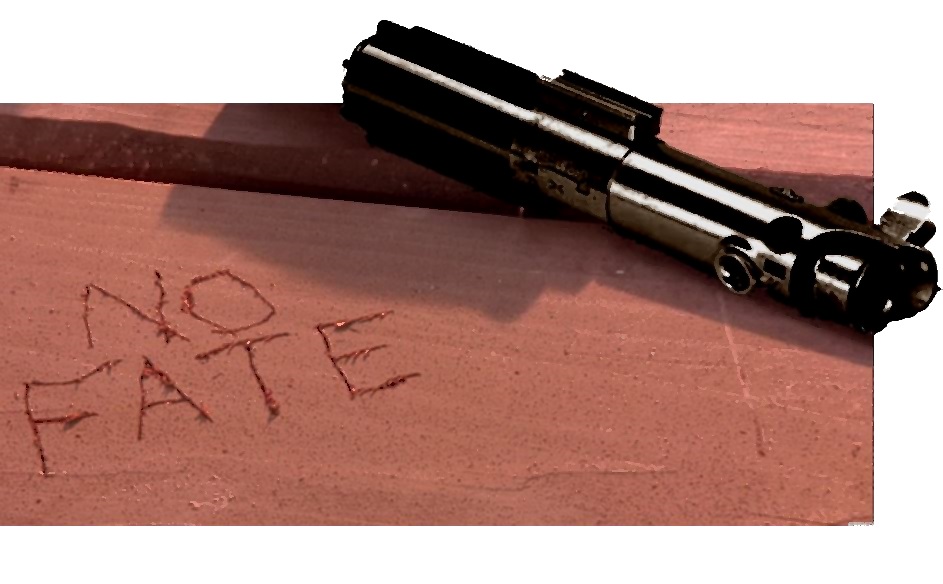 “Your destiny lies with me, Skywalker. Obi-Wan knew this to be true.” – Darth Vader

“Difficult to see. Always in motion is the future.” – Yoda

Do you believe in Fate? Is your life predetermined? Does Karma ultimately decide your existence and ultimate destination? Is life completely random? Does self will and chance ultimately decide the winds of fortune? Are we like leaves blowing in the wind with no predetermined outcome? Is our mere presence the random and accidental products of evolution and the sum effect of all events from the big bang to the beat of a butterfly’s wings?

What of the universe? Is there purpose in the order and chaos of the cosmos? Does the universe rush aimlessly to nowhere or is it a tapestry of design and destiny? Is all that is a divine cosmic symphony of the spheres in perfect order, purpose and fate? Or is creation a mad spontaneous event taking billions of years to run its course before finally reaching a state of complete entropy.

“God Grant me the Serenity”

Christian doctrine tells us that God created all things in perfect order. Our fate is decided by our actions in this life. God gave us free will. The price of free will was separation from the divine (God’s Grace) and an existence in sin. We are free but cursed at the same time. Despite this we are assured of God’s merciful providence.

Eastern religions and philosophies take a slightly different view. We are not born sinners but inherit a Karmic destiny from previous existence. Life is suffering. Every thought and action we have at this moment has a Karmic consequence potentially keeping us in Saṃsāra longer. We are condemned to live out an eternity of lives until we can sow enough good Karma and finally achieve “nothingness” through enlightenment. The goal is freedom from this cycle of mundane and painful physical existence.

Some pagans believed in neither good nor evil. All that is was created by the Gods who reveal themselves through the Forces of nature, in the plants and animals and in our very being. Being creations of the Gods we were thus fated to them and their whims and desires. We could try to please the Gods for favor to make our lives easier and to reward us in the hereafter but ultimately our fate was decided from the moment we were born. If a warrior died on the battlefield it was Fate. Providence decided who won and whether the dead made it to Valhalla.

“To accept the things I cannot change”

To be Jedi is to believe in the existence of some omnipresent Force. Faith supposes that The Force transcends space and time. It takes no form yet it permeates everything and gives life. All belongs to the Force, all is the Force. We can’t prove it exists yet we have faith that it does.

Star Wars makes frequent use of prophecy in the mythology. There was the “one who would bring balance to the Force” prophecy of the “Chosen One”. To fulfill prophecy one must believe in Fate. No matter what happens a prophecy must be fulfilled in order to exist. One cannot make a prophecy and then retract it. Does this mean that Jedi believed in Fate?

In the Empire Strikes Back, Luke Skywalker used free will when he followed his destiny and made the decision to follow Obi-wan Kenobi. When Luke landed on Dagobah he had a sense of familiarity and destiny, fate. Later he dreams his friends are in trouble and uses his free will to leave against Yoda’s advice.  Confronting Vader Luke is presented with a glimpse of his fate and offered a new destiny. All Luke had to do was accept it or jump. He chose the later. Fate is not fated entirely.

“The Courage to change the things I can”

To an alcoholic who has descended to the deepest levels of despair it must feel like fate. I know it did for me at times. My childhood had been miserable. Father was an alcoholic. Depression, suicide and tragedy seemed to run in the family. Why should my fate be any different? I was condemned to a life of misery and alcoholic despair and no amount of hope could change that. For a long time I had no desire to bring anyone in to that circle, in to what seemed like a curse.

Fate need not be our end. We have more power over our lives than we know. To surrender to a concept of Fate is to deny ourselves the opportunity and responsibility to take charge of our lives.

Fate does exist; we are all fated to die. Some of us will die sooner than others. There is no escaping illness, the death of loved one’s, grave disappointments and loss. No amount of money, power, fame, youth, good looks, intelligence and physical prowess will change that. All these things are transient and impermanent. They will all eventually fade to non-existence. This does not mean we do not have free will or power over our destiny.

“And the Wisdom to Know the Difference”

You still have self will while you live. Your reasoned choices are your own. No one can control your mind unless you allow them. The Fate that awaits you is not decided. The end game is the sum of everything and the complex interplay of all that touches life known and unknown. Through that rich tapestry runs the golden thread of self will.

I cannot say if a Higher Power, providence, has a hand in any of this. But I do believe that faith has more power in my life than fate. Faith puts me in the driver’s seat because faith without work is dead. There is no waiting around for fate to happen. Being Jedi means taking control and using reason and free will with faith in an outcome. You can choose to drink, to drug, or you can choose to stay clean and sober. One decision, one act can change everything, forever. Make your choice and leave the rest to providence.

Don’t surrender to fate, have faith. Never forget that.