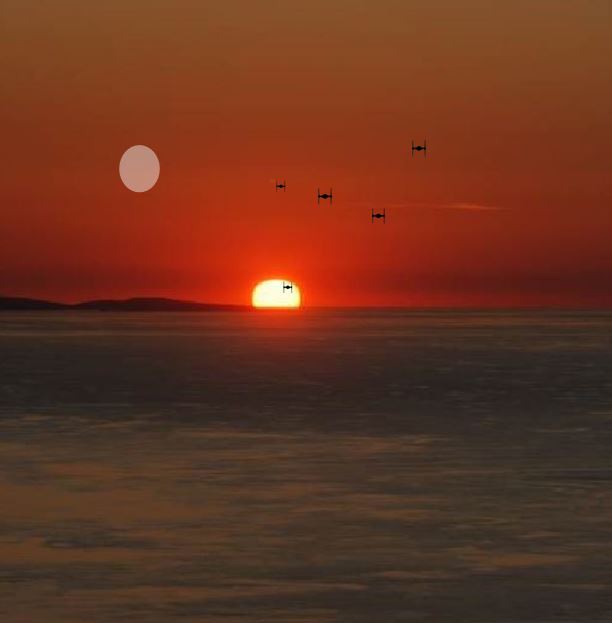 “A Jedi must have the deepest commitment, the most serious mind.” – Yoda

Ten months ago I started Daily Jedi as a personal endeavor to progress in my training as a Jedi and to fortify my 12 Step Practice. I never imagined it would require as much effort as it has. It would be easier not to bother and use the time for something else. But where would the fun be? More importantly what would I lose? Without effort and application in action everything that came before leads to nothing. In order to be the change we must do the work. For the work to be effective there must be Right Effort.

Since I started down the Jedi and 12 Step Paths I have become acutely aware that without effort there can be no gains. We can read all the books we like, become informed and educated and have the desire and commitment to change. That only gets us so far. We can make the decision to move forward and put our plan in to action.

The Path on the Path

Right Effort is the sixth step in the Buddhist eight-fold path. Right Effort supports the practitioner through every step of the Path. Any serious practitioner of meditation will tell you that meditation takes concerted effort. Meditation is not idly sitting in the lotus position. The mind is ill disciplined and prone to constant interruption by thoughts and images that intrude. A practitioner must apply effort to ensure concentration and focus in applied. Discipline prevents the practitioner from being drawn in to reverie or falling asleep. Thoughts are allowed to pass through like clouds moving with the wind without attaching to them. There is a reason why most people falter in their meditation practice; it is not easy and it requires a lot of effort even though the ultimate goal is effortlessness and realization of the state of “nothingness”.

The one on the path to enlightenment knows that if Right Effort can be applied in meditation it can be applied everywhere else where virtue needs to be cultivated and faults of character discarded.

“Effort is crucial in the beginning for generating a strong will.” – Dalai Lama

So it is with every aspect of our lives. In order to succeed in our personal and professional lives we must be willing to put the work in to achieving desired outcomes. Effort must be applied if we want our relationships to work. Our studies and careers will falter unless we dedicate ourselves with effort. We cannot expect to make gains in our physical fitness if we do not put in the hard hours on the track, the pool or in the gym.

Our preference can be to let things slide or procrastinate until our mood and fancy take us. We may not be trying to achieve enlightenment but we all want to be better. Being better takes effort.  The change starts with you and so does the effort.

There is no definitive guide that tells us how hard we should work at what we want to achieve. We can have the support, encouragement and guidance of coaches and mentors as well as friends and family on the sideline but ultimately it is up to ourselves to decide to put the effort in and how much. No one else can or should do the work for us.

As an example, it is my choice to abstain from drinking and follow the principles I have learned on this journey. I can access the help of the sober community and a sponsor, I can read books and practice virtues every day but in the end I do the work, no one else.  Each of us must ultimately decide how much effort to apply in our own lives. Others can show us the way but we do the work.

“Moderate effort over a long period of time is important, no matter what you are trying to do. One brings failure on oneself by working extremely hard at the beginning, attempting to do too much, and then giving it all up after a short time.” – Dalai Lama

We live in a world where many are choosing the easy path. For most there is no choosing the hard road which Roosevelt called “the Arena”. That way is rife with great risk, danger, hard work, self sacrifice and extraordinary effort. Very few choose to take that path but you will meet them usually serving others often to the sacrifice of their own lives. Those that choose what Buddha called the “Middle Way” of the Eight Fold Path see the benefits of effort without the hard way of self mortification or the easy path of self indulgence.

The Middle path requires discipline, commitment and a life time of effort to succeed. In our world today even that is too much for most people. They prefer the “Easy Way” which requires little effort for great return. People want something for nothing. Entitlement, free pass, medals for passive participation and mediocrity have become the standard of the day.

Seek Balance but Do It

How should we achieve the “Middle Way” of effort? The secret is in balance and prioritizing. At the beginning of my recovery I was like a Zealot that devoted every waking hour to my practice. I became fanatical and a religious bore. With time I settled down and realized that I needed to relax and take it easy. I began to find balance in my life again and let my guard ease a little.

The unreasonable goal of perfection was replaced with reasonable progress over time. There were some cardinal rules, for example I chose to abide to my core values and principles, perform my daily practices, eat healthy, exercise, meditate and refuse alcohol. I still follow this regime. The fanatical zeal in which I strove to follow the path has been abandoned for something more temperate and spiritual; a “Middle Path”.

We don’t need to break records (or our neck) in our efforts. Which just get up in the morning and do the work. But we do it easy and with purpose.

“Surround yourself with people who take their work seriously, but not themselves, those who work hard and play hard.” – General Colin Powell

Consider the fictional Jedi. Obi-wan Kenobi and Yoda were never so intense and driven in the execution of their duties that they lost their way to destructive emotions like anger and frustration. The Jedi sought balance and harmony in all things. This meant that work was performed to a high standard but a Jedi also took time out to rest and recuperate between missions. If a mission could not be accomplished they learned from the failure and moved on. The Jedi could be playful and engage in fun but were also studious and serious in their studies and training. In my view the Jedi followed a “Middle Path”.

The Zen teacher Thich Nhat Hanh taught that Right Effort is meant to bring joy and interest not misery and exhaustion. The Jedi exemplified this. The Sith, in contrast, were more absolute and fanatical in their approach which bent them to the Dark Side of pain, suffering and self mortification. Suffering they also had a desire to inflict pain on others.  Choose the Middle Way and surround yourself with those that do as well and you will succeed.

Philosophy aims for inner change which will over time be reflected in our external reality. When we talk about Right Effort it is not just training harder or greater application in meditation or any other endeavor it is about applying effort to making inner change.

Some of us find it hard to avoid getting angry, frustrated or resentful when things don’t go our way. We can lose patience with people who do not meet our expectations or have not reached our level of maturity. Despite our best intentions we can slip back in to bad habits and allow ourselves fall in to self indulgences which we later regret. In order to change we must be willing to be “on our game” and apply effort in which ever area we wish to change. We want to adopt virtues that are useful and discard unwholesome habits.

Change may require us to “fake it before we make it” for a while but by “acting out” to the best of our ability at least we are applying Effort. We will make mistakes and fall short many times but the important thing is we get back up and keep going. Eventually we become the change we seek.

Why else would we be interested in philosophy if our goal was not to use it to change for the better? For action? Why would we want to do something if it took no effort? Philosophy is of no use unless it drives effort and is translated in to real action through work.

Take action, do the work and harvest the rewards.

“It is not the critic who counts; not the man who points out how the strong man stumbles, or where the doer of deeds could have done them better. The credit belongs to the man who is actually in the arena, whose face is marred by dust and sweat and blood; who strives valiantly; who errs, who comes short again and again, because there is no effort without error and shortcoming; but who does actually strive to do the deeds; who knows great enthusiasms, the great devotions; who spends himself in a worthy cause; who at the best knows in the end the triumph of high achievement, and who at the worst, if he fails, at least fails while daring greatly, so that his place shall never be with those cold and timid souls who neither know victory nor defeat.” – Theodore Roosevelt