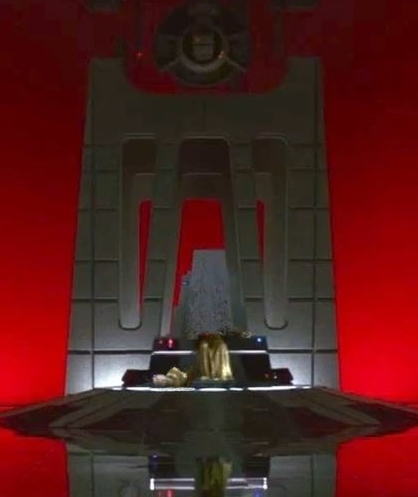 “The greatest teacher, failure is” – Yoda

I used to be terrified of failure. That fear would prevent me from starting or following up on many things. I would rather not try than fail. It was only when I faced that fear and found it was an illusion that I succeeded. At times I failed as well. How I dealt with that failure was mostly up to me. I needed improvement there. I had to remind myself, failure is normal. Failure is a teacher. Why do we have such a hard time with it?

People fail because of things which they have no control over. People also fail because of their own choices.  They let themselves down through a defeatist mindset, laziness or lack of commitment and motivation.  Whatever the reason, failure need not be a permanent set back.

Pragmatists and realists accept failure as a reality of life. They realize that failure will occur to the best of people. Babe Ruth struck out 1330 times in his career. Mohammed Ali was defeated in the ring 5 times. Neither are remembered for their failures but for their ability to shrug off setbacks. Mohammed Ali never talked himself into losing and every failure in and out of the ring was seen as an opportunity to get better. Babe Ruth coined the line “Never let the fear of striking out get in your way”.

The story of the Jedi Order  is a tale of epic failure. The failings of the Jedi had disastrous consequences. The Jedi Order also left behind valuable lessons to those who came after. On Ahch-To the Force Ghost of Yoda appears to Luke and teaches him some of those valuable lessons. Yoda reminds Luke that it is alright to accept his failures. It is also essential to learn from them and move on. This revelation allowed Luke to free himself of his struggle, find balance and unite with the Force.

The Jedi used the “Mind Trick” to distort the perceptions of those they wanted to act or think in a certain way. The “Mind Trick” was used by the Jedi to avoid resorting to violence by re-framing the perceptions of their target. We can’t use the Jedi Mind Trick on people but we can use reasoning in any situation. We can use logic to persuade others to see our side. How often do we use these tools on ourselves?

The “Reverse Clause” is a mind hack that allows us to flip any situation on its head and look at failure from an entirely different angle. How we react to any set of circumstances is completely within our control. We can choose to react with emotion or with calm equanimity and acceptance. We can tell ourselves that a failure is a disaster or an opportunity. No given situation requires us to act one way or another but how we do is a matter of choice. This is a form of Jedi Mind Trick, there is no trick behind it. We are what we tell ourselves every day.

“Many of the truths that we cling to depend on our point of view.” – Obi-Wan Kenobi

What if any failure could be redefined as “Good”? What if every failure was seen as a Master Jedi who has suddenly appeared to teach a lesson? Wouldn’t that be the ultimate Jedi Mind Trick?

The former US Navy SEAL, MMA coach, podcaster and author  Jocko Willink does exactly that. Every failure is seen as a lesson and an opportunity to do better. Rather than allow himself to dwell on the failure, he immediately frames it with the word “Good”. Jocko uses the “Reverse Clause” of the Stoics before the failure can mark him. Instead he finds the silver lining in failure and mines it like a raw material. As a result he can quickly move towards a solution that works to turn the failure in to success.

“Indeed, no one can thwart the purposes of your mind—for they can’t be touched by fire, steel, tyranny, slander, or anything.” – Marcus Aurelius

In the face of failure take Jocko’s advice:

Failure provides an opportunity to improvise, learn and get better. That is what Yoda was telling Luke. Say “Good” and get after it.

Good. Chance to start fresh and write a better paper. This time I will be sure to back it up.

“Got fired from my job today”.

Good. I can do better. One door closes another opens.

“I blew my job interview”.

Good. I’ll look for a better one and improve on my interview skills. I will be better prepared.

Good. I will study harder and pass next time.

“I got into an argument and said some cruel things”.

Good. An opportunity to make amends and practice humility.

Good. Someone shared with me some shortcomings I was blind to and can now add to the list to work on.

“My girlfriend / boyfriend dumped me”.

Good. Was not meant to be then.  There is someone better for me.

“I got injured while training”.

Good. I’ll rest up, regroup, plan and start training again as soon as I can.

Good. It’s not the end of the world. Now I know how bad that feels and why sobriety is a thousand times better. I will work the steps harder and help another alcoholic / addict.