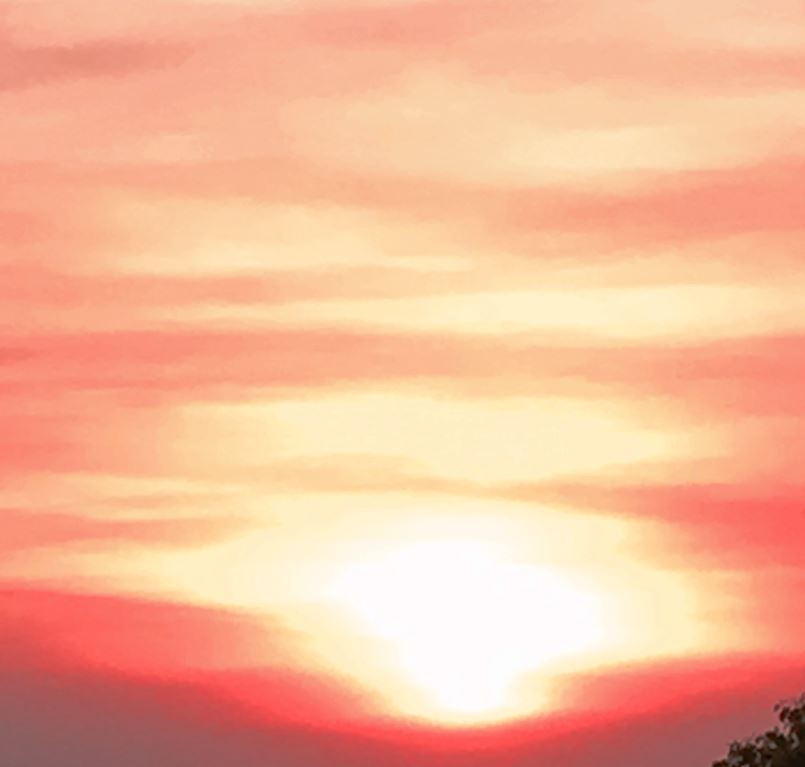 It’s (The Force) an energy field created by all living things. It surrounds us and penetrates us; it binds the galaxy together.” – Obi-Wan Kenobi

What is God? Who do you imagine God to be? Do you believe in “God” or choose to reject the notion of a supernatural force? Would you consider yourself religious, spiritual, agnostic or atheist? Are your beliefs or non-beliefs categorized by a label? For example do you identify with a religion and call yourself Christian, Jew, Muslim, Buddhist, Pagan or other? Perhaps a blend of all of the above. Consider that there are Christians who also consider themselves Buddhist. Chrislam is also a growing religion in some countries.

Religion not your thing? Do you practice a personal spiritual path that is void of any religious doctrine and prefer to reconcile with your own view of “God” as you imagine it to be? Spirituality may also be a part of a philosophical world view that might be humanist in nature and may be non-theistic in nature. Then like many you may have long abandoned any notion of God or spirituality and take the hard and pragmatic view of new atheism.

“Close your eyes. Feel it. The light…it’s always been there. It will guide you.” – Maz Kanata

For some reason the concept of a “Higher Power” or spiritual source in our lives has become taboo for open discussion. If we broach the subject in conversation we do so at times reluctantly or we skirt around the topic completely. Conscious not to offend or appear like some religious bore we prefer to avoid the topic. Certainly there are religious communities out there that congregate and worship together but to a large extent in the west organized religion is in decline. Depending on where you live and the people you associate with you may be rarely exposed to any formal religious ritual or gathering.

Slowly but surely the hall marks of religion are being removed from public places in the west. Christmas is being secularized and sanitized for mass public consumption. Schools in the west are down playing or removing the traditional aspects of the holidays to avoid alienating or offending people of non-Christian faiths or the growing number of atheist families. We live in a society that on one hand promotes multiculturalism but on the other hand is uncomfortable with outward displays of religious faith in the event that someone may be offended.

I was taught in several catholic schools and was indoctrinated somewhat unwillingly in to the church. I also spent years in catholic “boys homes”. My experience was enough to question at a very young age the apparent hypocrisy between what was taught and what was being practiced. For example, Jesus taught living simply and frugally, of giving willingly to others and sharing with them. It struck me as some type of enlightened communism. The reality was far different. The church seemed to horde money and property for itself. The Brothers and Nuns seemed to eat quite well while us children were fed more humble offerings. We were taught to be kind, gentle and patient with others and yet were often subjected to capital punishment that often crossed the line between “discipline” and “abuse”. I was a product of original sin and therefore eternally a sinner.

By the time I was 11 I had a strong distrust for anyone wearing the accoutrements of religion. Despite this experience I always felt intuitively that there was something bigger than myself. It was not the sometimes angry, sometimes merciful God who had been taught in religious lessons. This was something else. It was like a deeper consciousness, an inner light and a mystery that transcended all existence. The notion could not be described but it felt like I had been born with it and that feeling never left me. It was only much later that I somehow made the connection that this might be the essence of what “God” is.

“Remember the Force will be with you always.” – Obi-Wan Kenobi

When I contemplated “God”, I started to explore religion and seek answers there. While religion has much to offer I was missing the point, this was meant to be how “I” defined my “Higher Power”, not someone else. For the first time in my life I was given the keys to the Kingdom, I could go out there and decide for myself and that was fine.

Some people in the program choose a religious concept of “God” to define their Higher Power. Others look to nature and the natural order of things and realize that they are not the cent re of the universe but a small part of the whole. Those that struggle with or resist any spiritual concept explore other ideas such as a “Higher Self” that transcends the Ego. The fellowship itself might become the “Higher Power”. A group of people together is stronger than the individual. The whole point of the Higher Power is not to direct anyone to a set of beliefs but rather to introduce the alcoholic to the concept of surrender.

“For my ally is the Force, and a powerful ally it is.” – Yoda

Surrender is a dirty word for some. In fact when I first heard the word it sounded like I had to roll over and submit. Childhood memories were rekindled. The opposite was true. By “surrender” we are saying “I’m not the center of the Universe”. We are learning the very essence of “letting go”.

At last we realize that trying to control people, places, things and our own lives has been a futile exercise that has gotten us nothing but grief. By turning it over to a “Higher Power”, we are letting go of the insane idea that we have total control of our lives. We learn to accept the things we cannot change and gain the courage to change the things we can. By surrendering we are breaking the shackles of our egocentric thinking. Call it whatever you want, religion, spirit or “Jedi Mind Trick” psychology. The only thing that matters is a fundamental change of thinking that deflates the ego and results in a positive change to our lives.

“I am with the Force. The Force is with me” – Chirrut Îmwe

Real world Jedi are also diverse in their concept of the “Force”. There is no uniform definition. Some people compare the Force to Chi or Prana as depicted in the eastern philosophies. The Tao is often used as philosophical and spiritual reference for the Force. Those that adhere to Christianity, Judaism or Islam might see God in the “Force”. There are also Pagans and Animists and New Age Spiritualists who fill the Jedi community and apply their own principles to the Force.Atheists and Agnostic sometimes have a scientific explanation to the Force and use concepts such as the Higgs boson theory and quantum mechanics to explain it.

Lately I came across a definition of “God” in an annotated edition of the spiritual tome, “A course in Miracles”. I discovered it at random as I flicked through the pages. The words jumped out at me. I don’t know if I accept it as it is but if asked to articulate “God” in my own words, I will call it the “Force”.

I don’t have to do anything or be anyone or believe anything, it is up to me to take what I need and leave the rest. Everyone is free to do the same. If asked to explain the Force I can default to Obi-wan Kenobi’s definition of an energy field or I can simply smile. I don’t need to define the Force but I can feel it. In a smile we can feel the essence of Force within us, that’s what I believe.

This whole article explains exactly how I feel about “God”. May the Force be with you. ✌