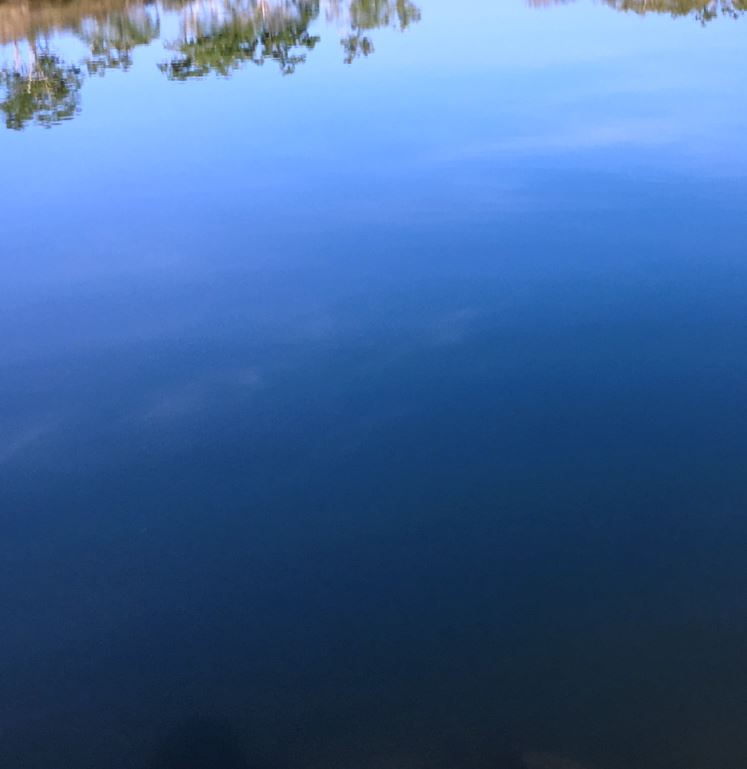 “You must unlearn what you have learned” – Yoda

So you want to change. You have reached a point where you have decided this is it. The time has come and you are committed. There is a clear vision of the person you want to be and even a plan on how to get there. It’s a massive undertaking, probably the biggest challenge you have every faced. That’s OK because you are going to take a deep breath and steam right in. Right? Are we ready? Let’s do this. Wait for it, wait for it…

Something happens and we balk. Our best laid plans are scuttled. The best of intentions are not enough. There was right intent and right motivation but the bar was set too high. We couldn’t do it. What happened?

Some years ago I embarked on a fitness campaign that was meant to go for months. It lasted precisely one day. I had a program written and had received good advise from a fitness expert. Because I was desperate for fast results I set off at break neck speed on a program that was way above my limitations. The next day I was too sore to move. I tried again and the work load was so high I could not complete the routine. The experience was anything but enjoyable. Motivation lost I decided to drop it and I never returned to the gym.

“I never explain myself, it’s a bad habit” – Han Solo

Change is rarely an easy endeavor particularly when old habits must be replaced by new habits. We have to overcome entropy and inertia. It is easier to sit and watch television than it is to go for a run. Buying and eating fast food is easier than taking the time and effort to prepare a wholesome and healthy meal. Even if we decide to get up and go for a run we may set off at sprint committed to five miles and gas out at 200 yards, turn around and go home, defeated and deflated. Our brain resists our best intentions and we quit because we lose confidence.

How many times have you made a new years resolution to learn a language, exercise more, spend less, eat better or quit smoking and after a few days have found yourself back in your default routine? The problem is not intent or motivation it is strategy. If we are trying the same thing over and over again and not getting the desired results, it is time to change tact. Micro Habits may be the solution.

“We are what we repeatedly do. Excellence, then is not an act but a habit” – Aristotle

Every marathon begins with a single step. A strict muscle up starts with an assisted pull up. One single push up done often enough will eventually build up to many. A major change in our character or habits starts with small and incremental changes. Each drop of water adds to the bucket of gains over time.

Micro habits are baby steps. Psychologists call it behavioral momentum. Once you start something and keep chipping away at it over time eventually it becomes a habit. This can apply to both good and bad behaviors. For example, we can form a positive habit of reducing sugar intake over time and reap the benefits of weight loss. Instead of cutting out sugar completely we reduce it slightly and cut back a little every day. Eventually our sugar intake is minimal.

The same principle applies in reverse. We can form bad habits incrementally. At one stage in my drinking career I got in to the habit of having a glass of wine in bed as I watched television. This turned in to two glasses and eventually a bottle. After a while I was passing out after consuming two or three bottle of wine while sat up in bed. I developed hypertension and put on about 20 pounds. The ramp up was gradual over a couple of months. That is how fast habits can become ingrained and reinforced. Eventually the habit becomes an addiction.

As an alcoholic I am painfully aware that I have an addictive personality and form habits very quickly and find breaking “pleasurable” habits difficult. If I were to try controlled drinking the experiment would likely backfire and I would soon find myself in full blown abuse as the habit reestablished itself.

“Whenever you are angry, be assured that it is not only a present evil, but that you have increased a habit.” – Epictetus

The next day we ask the same question and “God Willing” we get through another day. These baby steps get us through the early days. Eventually the days without a drink pile up. At this point we can start to plan ahead and turn our short term gains in to a long term program of recovery. Micro Habits become life long habits.

“One Day at Time”

Micro habits can be used to counter every day habits. For example many people will automatically reach for the smart phones if they are idle for more than a few seconds. The trigger to reach for the phone is that moment when our attention is not drawn to something or we are not deep in thought or reverie. Who rolls out of bed in the morning and instinctively checks their messenger and social media feed? I do!

Rather than mindlessly follow those mental urges we can stop ourselves and apply self awareness. Having a moment to do nothing but breathe and take in the moment we find ourselves in is a far better use of time than peering at our Face Book feed* (see foot note). Instead of defaulting to social media as the primary form of interaction with other human beings we should seek to connect with those around us in some meaningful and tangible way.

“You leave old habits behind by starting out with the thought, ‘I release the need for this in my life” – Wayne Dyer

Micro Habits can also be used to address anger, depression, anxiety and resentment. We can identify triggers that cause us to react in ways we would rather not. If bad drivers cause us to rage at the wheel or rude people raise our ire and resentment we can work towards accepting that they exist and only we can choose how we react to them. Instead of acting out negative emotions we can form habits that convert challenges in to opportunities to practice principle. We can turn patience and equanimity into a habit. Instead of getting angry and snapping at someone, try smiling and offering some kind words. It might be hard at first but eventually it will get easier and there is real pleasure in disarming an unpleasant person with a sincere compliment.

Micro Habits may not be the cure to addiction or serious psychological issues but when we are focused on a positive habit we crowd out a bunch of negative one’s. We can get drunk while in recovery but doing so with a head full of program is a miserable proposition. Small, incremental and constant changes in our habits re-wire the brain. Through repetition our responses change and over time so does our character.

So you want to change. You have tried everything to achieve your goals but have so far stumbled and failed. Micro Habits can help because anyone can take a baby step. All it takes is that single step out of the door, one push up or one pull up attempt. Anyone can try meditating for a minute. If we were honest about wanting to learn a language we would be able to find 5 minutes a day to spend on a language app. If we are committed to reading more and browsing less we can read a page and day and work up to two. With practice you will soon be sitting in meditation for 30 minutes or more and spending more time on your exercise, language studies and reading or whatever else we want to do but keep failing to launch.

“Every habit and capability is confirmed and grows in its corresponding actions, walking by walking and running by running…therefore if you want to do something make a habit of it, if you don’t want to do that, don’t, but make a habit of something else instead” – Epictetus

You will not find a perfect Jedi any more than you will find a perfect practitioner of any philosophy. I am definitely not an exemplary role model for either. My program of recovery also has many areas needing improvement as does my character. Micro Habits gives us the tool to make small but significant steps in the areas that we want to improve. By starting simple and easy we give ourselves a chance to get traction and gain momentum. Progress, not perfection is the goal.

In order to create habits they have to be routine, they should be triggered and there should be tangible reward for our efforts. To break a habit we must remove one of those three elements and preferably all three. Every morning I get up and drink a large glass of water. There is a trigger, routine and reward. In the past I would stop in a bar on the way home from work and have a few beers.  I stopped that habit once the cycle of addiction was broken.

Micro Habits may be Baby Steps but they still move us from where we are to where we want to go.

“All I’m saying is don’t let having the Force in your arsenal lull you into a false sense of security. Don’t get into the habit of taking more credits from your bank account than you put in.“- Bail Organa

*Face Book addiction otherwise known as Facebookalitis is on the way to becoming described as an actual psychological disorder. Social Media is addictive as the reward centers in our brain are fired sending off dopamine every time we get a notification or like.

The more we use the platform the more addictive it becomes. The perception of social acceptance through likes and comments the reward. Our social media profile and personality can becomes someone we are not in real life. A type of multiple personality disorder evolves.

Our brains are re-wired through chronic internet usage. Short term memory and attention spans are diminished and the prefrontal cortex is altered. Emotional responses can change. Human emotions such as empathy, compassion and the ability to control aggression and anger can be reduced in people who are chronic users of Face Book.