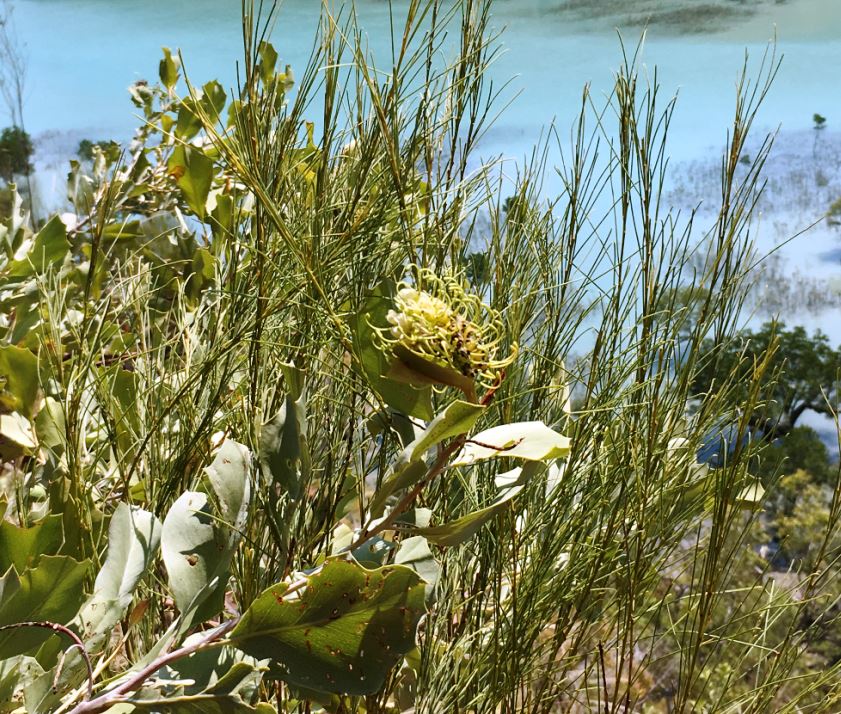 Jedi firmly believe in democracy, but don’t trust politicians in general. Jedi are cautious of politicians, and of their many promises in order to get elected or re-elected.

The Jedi defended and upheld the democratic constitution of the Republic. For centuries they influenced and promoted democracy in the Galaxy. The Jedi Order itself was not democratic but a meritocracy where leaders rose through the ranks with experience and demonstrated ability. While the Jedi upheld the Republic they also influenced it and in some ways provided a catalyst for its collapse and the rise of supreme power under the Empire.

The Jedi became a diplomatic, political and military powerhouse.  The Jedi became too powerful, too influential and they allowed the vested interests of the Order to influence their role in being a spiritual and military ally of the Republic. The Order constantly tried to influence the decisions of the senate through advice and manipulation. A conflict of interest existed which was exploited by Darth Sidious. The flaw ultimately led to the fall of the Jedi Order and the Republic. Power corrupts and even democracy has its flaws.

“What if the democracy we thought we were serving no longer exists, and the Republic has become the very evil we have been fighting to destroy?” – Padmé

Lao Tzu said that non-interference in the affairs of the people was the best form of Governance. Taoism recommends that the best way to Govern is to leave the people alone and to trust them. Government exists to serve the people not the other way round.

We have all seen the effects of autocratic dictatorships. Eventually the people rise up and claim their freedom. Despots are overthrown and relegated to the dust bin of history. A people oppressed are a people united in common causes. Revolution is a natural human response to oppression.

Democracy is supposed to be about “power by the people, for the people”. We hear it during every election campaign and inauguration address. Our leaders dedicate their victory to those that seek to guide the destiny of their country towards a better future. Promises are made to uphold the mandate of the people and many believe them. Without fail politicians usually disappoint. Policies are implemented and laws passed which raise the ire of the people. Promises are broken. Our chosen leaders start to betray their own support base and ignore their stated principles. Even exemplary Leaders can’t make everyone happy all the time. Democracy means that people can appoint or remove a Government when an election comes along. Politicians grasp on to power and do whatever it takes to lure the people’s confidence.

The cynics among us believe that politicians are rarely sincere in their acquisition and maintenance of power. Democracy is a noble cause but it empowers those that seek to profit from the discontent of the masses. Each politician believes that they have the best solution but are their motives sincere? Do they really represent the people or are they only there to serve vested interests? I for one don’t trust politicians at all. There are some great Leaders through history but in democracy a Leader is not necessarily the Government they do not rule alone.

Democracy is not just a form of Governance. Decisions made in the home and in the workplace often requires a degree of democracy. The will of the majority is imposed on the minority in a democratic system meaning that discontent will always exist. Consensus is a better solution allowing arbitration and discussion to occur. Each stakeholder is given an opportunity to participate and a final decision takes in to consideration the viewpoints of all.

Consensus can also lead to “group think” where individuals abrogate their opinion to appease others. This is becoming more and more common in society.  People won’t voice their opinion in fear of ridicule or ostracism if it might be viewed as politically incorrect. People prefer to take a stance which is contrary to their true beliefs or remain silent. True consensus is meant to empower all individuals through reasoned discussion and rational concession seeking. A win-win outcome is the goal of collaborative decision making through consensus.

The Jedi were not a Democracy but they believed in the power of collective decision making. A Padawan was able to voice her opinion on a course of action in the field. A smart Jedi Knight would listen and consider the view point on its merits. Ahsoka Tano proved to be invaluable to Anakin despite her youth and inexperience. She was able to influence some of his decisions towards an optimal outcome. Anakin and Obi-wan regularly sought the opinions of their Clone subordinates during crucial battles acknowledging that even a mass produced genetically engineered soldier has valuable knowledge and experience to offer in challenging situations.

Some Leaders automatically dismiss the ideas of their subordinates while others put it to the vote. Consensus requires a collective approach where everyone is involved in the final decision. Regular units in the military generally have a “chain of command” approach to decision making, orders are passed down with little or no input from the affected.

Elite special force teams operate on a participatory approach to decisions. Every member of the Team is engaged in the planning and execution of a mission and has a direct investment in the decisions made. Voting may take place sometimes where a fast decision is required. The approach recognizes the value of each member while at the same time the commander has the right of veto when it becomes necessary to impose rank.

The Illusion of Control

Certain people like to control things all the time. Micromanagement is a style of Leadership which only serves to drive people to resist or even sabotage their leaders. Alcoholics like to control people, place and things and when they don’t get their way they become resentful and frustrated. In the past I used to try to micromanage those around me at work and at home. The more I tried to impose my will the more push back I would encounter and the more frustrated and angry I would become.

People do not like to be controlled but people do like to be led fairly and the best leaders are those that give others enough space and responsibility to grow in to their potential. Good leaders also listen to those around them and seek to serve the interests of all. I have found the best way to run a family or a team is through consensus and by stepping back. Everyone has input in to what happens, even the youngest child in a family has a voice. Where a final decision cannot be agreed upon a vote is taken. It may not be popular with everyone but it beats putting the foot down and dictating a decision that is unpopular.

We enjoy our democratic freedoms and take them for granted. Every few years we go to the polling stations and cast our vote to determine who will lead the State or Country for the next term of office. Sometimes we cast our vote with hope and optimism, other times we do so with a fair degree of cynicism and sometimes we don’t even bother. Voter apathy is a growing phenomenon in western democracy.

Despite their democratic freedoms people feel disenfranchised and unable to voice their opinion. They feel that the whole process is pointless. It is a far cry from what I saw in South Africa in 1994 when a group of Black voters told me in tears how they were so overjoyed to be able to cast their vote in the first free and fair elections held in that country. I saw real Democracy in action. It was not perfect but it was still beautiful.

“Have they asked you to betray the Jedi code? The constitution? A friendship? Your own values? Think. Consider their motives. Keep your mind clear of assumptions. The fear of losing power is a weakness of both the Jedi and the Sith.” – Emperor Palpatine

The Death of Democracy

The Star Wars saga reminds us that Democracy is a very fragile phenomena and also flawed. With the fall of the Republic in “Revenge of the Sith” Emperor Palpatine was able to dissolve the Galactic Senate and claim full executive power under emergency laws. As Darth Sidious he was able to bring the Galaxy under the rule of the Sith with only the Rebel alliance opposing him and the Jedi destroyed.

A similar event occurred in Germany, Spain and Italy during the 1930’s through the incremental acquisition of power by politicians and military leaders riding on nationalist fervor and fear. It is happening today in Turkey as constitutional changes has granted emergency powers to a Dictator. Elected representatives and journalists have been imprisoned and military rule imposed on a wave of religious and nationalist fever. Democracy can easily be killed off through subterfuge. The resurgence of autocracy threatens to spread to other countries in the west.

Historically society is more used to be dictated to by some autocratic figure head, humans feel safer under the illusion of some “powerful and benevolent” leader. The Greeks gave democracy its name and enjoyed it for centuries. In the end the Greeks rejected democracy and embraced autocratic rule. Is that our collective future? Is that what we choose for ourselves?

I agree with the Jedi. Democracy is our birth right. Democratic principles and rights are worth defending. We all have a right to have our voices heard and we all have a responsibility to use that voice. We should seek consensus in our own affairs in dealing with others and respect the right of all to have their voices heard.

I for one will however reserve my opinion about elected representatives and remain skeptical about the motives of politicians. I am mindful the politicians are not just those in power or seeking election, they can also be the person at work or in our circle of friends who plays political games to curry favor or influence others towards an agenda. It is best to be mindful that people might be sincere but politics can deceive and power often corrupts.