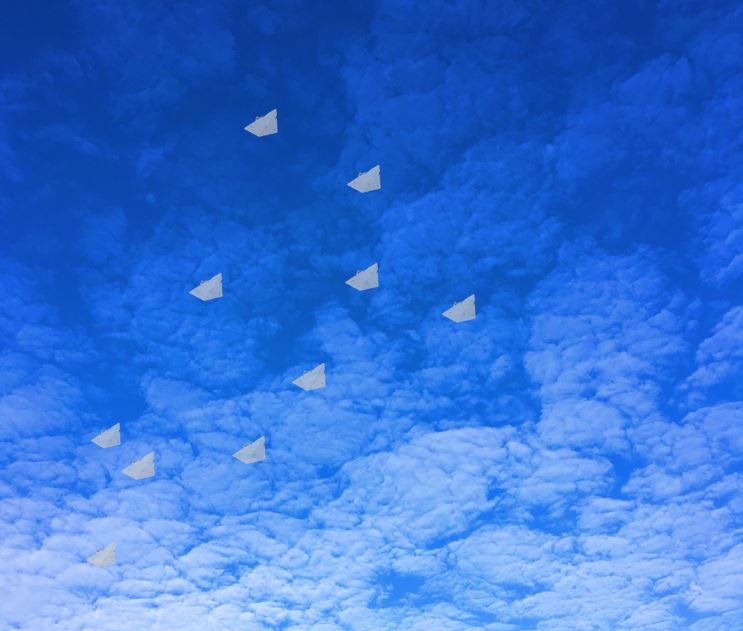 “You were right about one thing, Master. The negotiations were short.” – Obi-Wan Kenobi

The Jedi were trained in diplomacy as much as in Lightsaber combat. Violence was a last resort. Physical force was used proportionate to the threat and only as far as necessary. In all cases a Jedi would seek diplomacy as a way of achieving a mutually beneficial outcome, if possible. Skills in negotiation and communication were paramount. The Lightsaber was only on hand if negotiations turned deadly.

The Republic was dependent on the Jedi being able to persuade allies and potential allies and build strong friendships. Jedi were often sent by the Republic Senate as diplomatic emissaries for this reason. Diplomacy was used to secure trade agreements, treaties, free hostages and avoid or resolve conflict. The Jedi recruited across the galaxy from all worlds and could easily bridge any cultural or linguistic divide by assigning the right team to engage in negotiations or provide a protocol Droid to provide impartial advice and assist. A Jedi could also be excused if they used subterfuge, half-truths or deceit in difficult or deadlocked negotiations. The “Jedi Mind Trick” was seen as a tool to achieving a desired goal without resorting to violence.

In many ways the Jedi resembled the professional diplomat of Earth, with one key difference. The Jedi only acted in the interests of the Republic and never for personal gain. Jedi were also warriors albeit “warriors for peace”. A Jedi who rushed blindly in to the fray with Lightsaber drawn was a liability. A Jedi who could not use diplomacy to talk himself out of a fight was a threat to peace and the Jedi Order.

This is not to say the Jedi were pacifists who objected to violence in all its forms. Violence when required was used without emotion or haste. A Lightsaber was never drawn in anger or used in hate or as a tool of revenge or murder. The Lightsaber was a symbol of control, purity in strength and the cutting edge of diplomacy. At least that was the intent and part of the Jedi Code.

“You call this a diplomatic solution?” – Anakin

“No I call it an aggressive negotiation” – Padmé Amidala

Some of the Jedi were not the best diplomats and suffered the presence of others. Anakin was impatient and emotional, not the traits of a good negotiator. Anakin lacked the skills of a diplomat. Mace Windu could come across as inflexible and grim. The Jedi Master was a traditionalist and did not like the Jedi Order becoming intertwined with the Senate believing there was a conflict of interest at stake during the latter days of the Republic. This put him at odds with the political elite on Coruscant and other Jedi. Ultimately it led Mace Windu on a collision course.

No one is perfect. I would admit to being very brittle and aloof at times. I can also be rude and short with people. At times I have reduced people to tears in the way I have spoken to them. Most of the time I am oblivious that my tone, language and body language presents as defensive, aggressive or impatient and rude. This is the way I am and have always been. Alcoholics also have a penchant for getting people off side and otherwise offending those around them with skill. I used to joke that I not only burned bridges, I napalmed them.

One of the hardest things in recovery is learning how to treat people. We wish to acquire humility and patience so that we can achieve serenity. At the same time we want to be treated with kid gloves and tolerated. We are recovering alcoholics and want the world to be gentle with us. How often do we fail to give others the same tolerance, patience and gentle treatment that we expect for ourselves? How often do we fall back in to the old habits of resentment, anger, impatience and vindictiveness.

I don’t expect I will change any time soon. My character is so ingrained that I will never be completely cured of being an a-hole. What I can do is strive to be more diplomatic in my approach to people. I do not have to like everyone but being respectful and being tolerant is a start. When I fail, which I certainly will I must make amends as soon as I can. There is nothing worse than upsetting others through our words and actions and letting it go. Amends have to be made, our serenity and sobriety depends on it.

Common Past and Future

The 12 Steps recognises a number of truths. Firstly, it lays the blame of our insane behaviour directly on we who are alcoholic. We were insane and others suffered for it. Secondly, it is possible to make amends for our past mistakes and reset our lives so that we can find peace and serenity in the present and look forward to a better future. Thirdly, our character flaws and faults are not irredeemable. By willingly turning them over to a Higher Power and living by principle we experience a change in character. Despite our diversity and differences, we are not unique and we share commonalities with others who suffer, are recovered and those who were never alcoholic to begin with.

Its is understanding those differences and identifying where commonalities exist that is the key to getting out of self and learning diplomacy.

So how do we exercise diplomacy?

The Art of Diplomacy

Diplomacy is learned behaviour, a skill and an art. Learned because as children we observe our parents and peers and learn from their interactions. What is acceptable behaviour is adopted sometimes through trial and error and sometimes through guidance. The skill of diplomacy is using tact, reasoning, communication and negotiation in a manner that recognises one’s opinions, beliefs, ideas and biases as well as those of others. Challenges are skilfully navigated towards arriving at a desired outcome. The art of diplomacy is more refined. It is the mark of a true Jedi because it demonstrate effortless use of the Jedi Code in dealing with others.

The words that you choose and the way they are spoken can either persuade and influence or disillusion and alienate people. Be mindful of you language without surrender, use tact in your delivery. Always be clear and avoid ambiguity or misleading statements. Be sensitive to cultural mores around communication. For example, in some cultures yelling and being animated in negotiations is acceptable, in others it is frowned upon severely.

Patience is a virtue.

Never rush in to negotiations. Think things through before speaking or remain silent. If possible, have a plan on how to proceed with discussions.

Compromise, but never on principles.

Negotiations should never force you to compromise or betray your own principles regardless of the cost.

Be assertive yet agreeable.

Getting your way does not mean you need to force it. At the same time betraying weakness can quickly work against you. Hold on to your ground and only concede when it advantageous to do so. Just be nice while doing it. You can disagree without being disagreeable. Manners never cost anyone.

Negotiation is best done person to person rather than remotely through email, messaging or phone. Much in communication is lost when facial expressions and body language is absent from negotiations. We are all guilty of over using email and texting to communicate and have probably been misunderstood more than once. Always insist on face to face negotiations and follow up with electronic communication.

Active listening is essential to effective communication. Strive to listen, engage with questions to clarify and really try to understand what is being said. Show interest and avoid appearing absent or distracted. No one likes an incessant talker but everyone likes a good listener. Best of all a listener will learn something new while a talker will only repeat what is already known.

Empathy and understanding is the key.

Selfish motivations and biases will cloud negotiations. While we hear the concerns, demands or grievances of another party we are filtering them through the lens of our own needs. By understand where the other person is coming from and putting ourselves in to their shoes we can start to see the world and the issue through their eyes. With empathy comes arrival at a place of mutual understanding.

Anyone who has worked as a Diplomat will reinforce the need to understand who sits at the other side of the table during negotiations. There exists cultural, religious, historic and linguistic differences between people and to bridge the gap it helps to understand them. Any smart Diplomat will study closely the culture of the country they are working in and make efforts to learn the rudiments of the language and otherwise seek the services of a local to act as adviser and interpreter.

You don’t have to like the guy, just work with him.

Rapport and honesty are important but not crucial. World leaders will meet and agree on crucial issues of national and global importance. They may not like each other but for the sake of diplomacy will find rapport to undertake productive negotiations. Honesty is a facet of trust which is requisite for agreements however an honest Diplomat will concede that the real world is more complicated than that. In the real world we are no different. One must use their discretion. Every day we must negotiate with people whom we love, like and dislike including family, friends, work colleagues, clients and random people we meet. If you deal honestly and have rapport you are likely to run into less problems getting your way however you should be mindful that being overly honest can also come with a price.

Diplomacy can appear to be a hard to acquire skill but it need not be. The four golden rules to remember are listen actively, respond respectfully, make your case clear, apply your principles. The art of diplomacy is understanding the differences around you and finding the commonalities that exist between them.