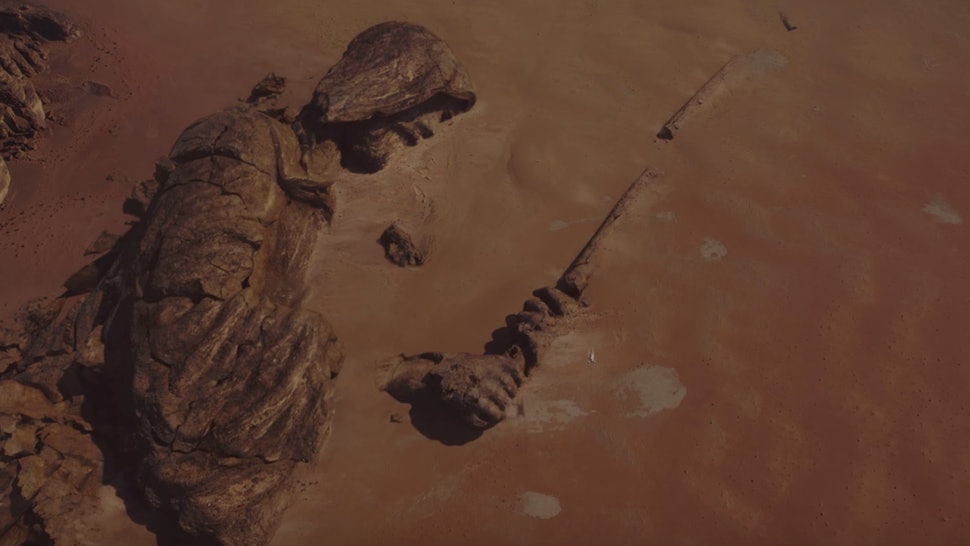 The great Jedi statue lay fallen in the desert. A symbol of a forgotten time. All memory of the Jedi had been erased. It was safer not to speak of the legends that mentioned them. It was treason and punishable by death to do so. Those that still held on to the hope of a better future looked to the past and the stories to give them strength.

Statues can be works of art, they are symbols of the past, present and future. To some they represent a memory of life in different time. They may be seen as reminders of past glories, victories and success. Erecting statues has been a form of human reverence and celebration since early antiquity. Yet while they are admired as symbols of the past good and bad by some their existence is reviled by others. Statues that stand eventually come down.

The Colossus of Rhodes stood 100 feet high and was toppled by an earthquake. The  great statues of Rome stood for centuries until they were toppled when the city was sacked. The greatest of the Roman statues, the Colossus of Constantine stood 40 feet tall. The great statue of Zeus in the Temple of Olympia survived for almost a millennia until it was destroyed in the fifth century. Hundreds of statues glorifying the founders of the Soviet Union were removed following the fall of the Berlin Wall. More recently the great Buddha statue at Bamyam was destroyed by the Taliban in 2001.

Removing monuments and statues has now become a form of cultural cleansing designed to rewrite history and expunge the memory of past injustices. The act is a cultural and political one. Statues are made of stone and bronze and are silent yet they tell a different story to different people. Statues themselves are indifferent. They do not care if they remain standing or are broken in to pieces. Statues cause no injury or offence. The harm that they are perceived to cause resides only in the minds of the offended. Whether a statue stands or is removed from existence makes no difference to past glories, tragedies or injustices.

Sometimes I visit a war memorial. I look at the statues that are there. For me the inner experience of seeing the monument to a distant past and reading the names of the fallen is personal. It is different to everyone. When I was drinking I had beliefs and attitudes that were as tall and solid as statues of marble. They were my monuments to an ego run riot. In time I learned to no longer look to these pillars and statues. I no longer revered them. My choice is not to forget the past but to remind myself daily what it was like, what changed and how it is now. I need those reminders because they tell a story that I cannot forget if I mean to remain sober.

If we forget our history we are doomed to repeat it.

When the Jedi Order fell and the survivors of Order 66 fled in to exile the Empire moved to erase all memory of the Jedi. Jedi Temples were destroyed. Statues of the great Jedi Masters were pulled down. New statues and monuments that exalted the glory of the Empire were built on the ruins of those that had been ground to dust. The Great Jedi Temple of Coruscant was ransacked, the library destroyed but the building preserved for the enjoyment of Darth Sidious. It became the the Imperial Palace. Where reason, inquiry, learning and light had filled the corridors and halls now only fear, intimidation and darkness resided.

Hope still survives in the galaxy. On a distant planet on the outer rim an old hermit peers out across the desert as if gazing in to the past and the future at the same time. The old man has seen many things and he remembers them all.

“Now ask, ‘Where is the Force of Others?’ and one answer becomes inevitable: the kind and cold moon of Jedha. For a thousand faiths see the truth in Jedha’s mysteries, no matter that their stories differ; no matter that not one history of the Temple of the Kyber can explain each brick in its foundation, or that our legends entwine and part in paradox.“―”Faith and the Force of Others”: An excerpt from the archives of the Order of the Esoteric Pulsar. 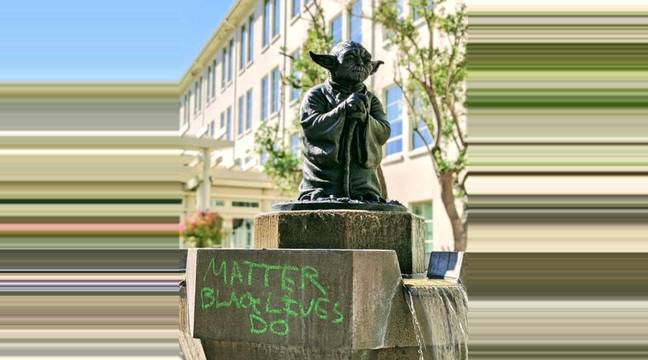