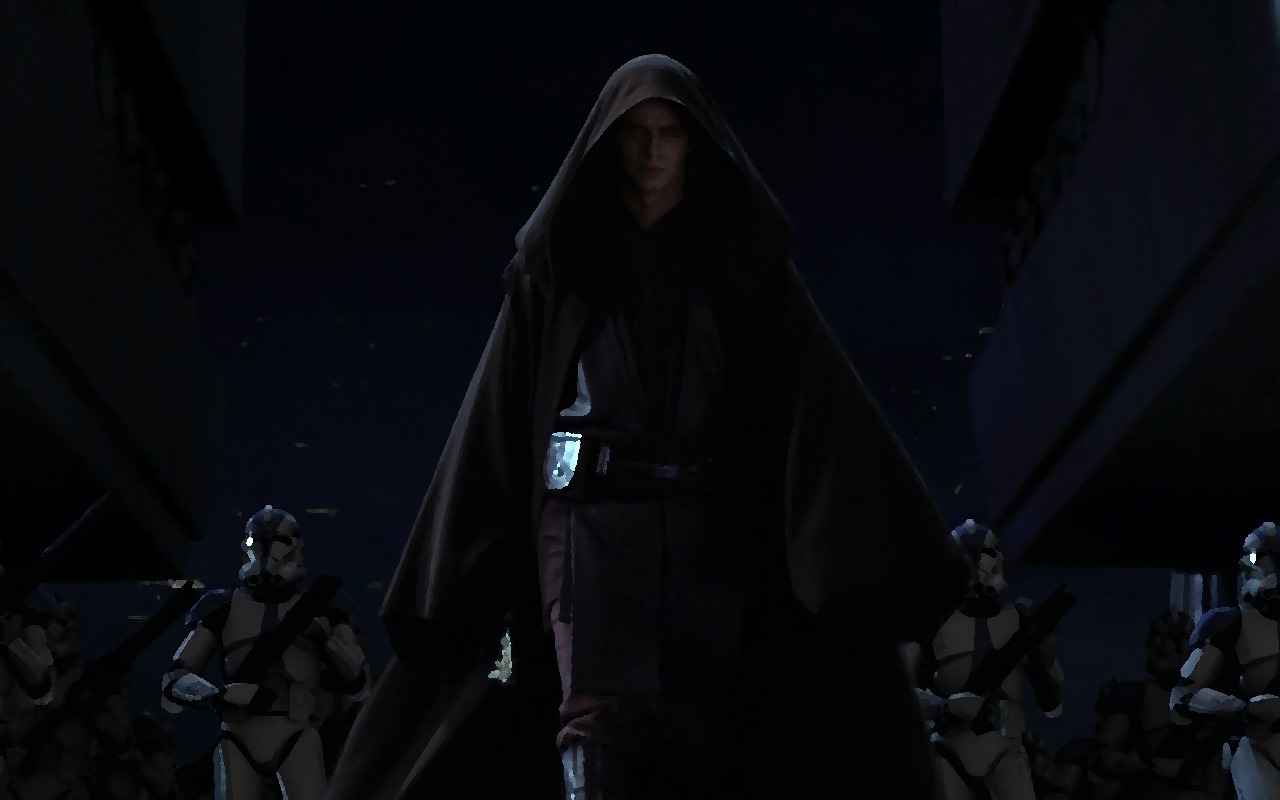 “I have brought peace, freedom, justice, and security to my new empire”- Anakin

The Jedi were Guardians of Justice. As representatives of the senate they avoided political affiliations and were dedicated to promoting justice and peace in the galaxy. The Jedi did this by applying a code that was ethical, moral and balanced. In other words, they used the “Jedi Method” for dispensing Justice.

Despite their best intentions the Jedi ultimately failed in their mission and were at times a source of injustice in the galaxy. The Jedi were not loved everywhere they went, far from it. As the Republic began to unravel to its end the Jedi found themselves making difficult choices which conflicted with the Jedi Code. The Jedi were complicit in the erosion of the democratic rights of citizens. Their action betrayed the very principles they stood for hastening their final demise. The foundations of justice on which the republic was built were compromised. The failure of Justice led to the rise of Palpatine and the final fall of the Republic.

The Jedi lost sense of who they were. Along the way they compromised their principles for power, prestige and influence. The Jedi became political pawns and were eventually eliminated by Palpatine under Order 66. It was an ignominious end to a shining beacon of freedom and justice in a chaotic galaxy. With the fall of the Jedi came the end of Justice.

“Justice is conscience, not a personal conscience but the conscience of the whole of humanity” –  Alexander Solzhenitsyn

Justice is a moral virtue that is as hard to define as it is to achieve. Justice is rarely universal or perfect. For every Justice  there is always a grievance left in its shadow. The scales will tip in favour for one party at the expense for another.

In a perfect world, every decision made in the name of Justice would serve everyone equally and no harm would result. We know this is rarely the case and one person’s gain will be another person’s loss. As hard as it can be to grapple with the outcomes, we should all strive toward “Justice for all” but be aware that mistakes can and will be made. Spend a day in the criminal or family courts to see this how Justice often plays out.

Humans are born with a sense of justice and become conscious of it at an early age. Children know intrinsically when something is unfair. They recognise compassion and empathy and carry an innate natural wisdom. As children age, they are influenced by parents, peers, teachers and the environment. Personal prejudices and biases creep in as the ego flowers. We never lose our divine sense of Justice; it only becomes shrouded.

“Truth never damages a cause that is just” – Mahatma Gandhi

No two people will have the same answers because everyone holds a different set of values which they define as stated principles. Each person has a varying outlook and idea on how Justice should be dispensed and appear at any given time for any issue. Every person has their unique set of preferences, bias and prejudices known and unknown. These vary and change over time with knowledge and experience.  The exception is those that are told what to think. Without further thought or reasoning they blindly accept dogma and dare not stray from it.

Jedi used their sound judgement and reason. They were flexible enough in their thinking to not fall into traps or follow orders without question. Dogma was avoided. Jedi would at times question the sanity or the morality of decisions made. At the same time the Jedi were sworn to the order and were expected to follow orders. This conflict between personal judgement of what was right versus duty would plague many Jedi.

A real-world Jedi must confront the same questions and grapple with the same inner conflicts. Real-world Jedi are diverse, they are every race, colour, creed, gender, political leaning, sexual orientation and opinion. There is no die-cast Jedi with a “typical” appearance, character or set of ideas. People in general are no different. Regardless of who you vote for, the causes and issues you follow be they social or environmental how you define “Justice” in every instance may differ from that of others.

“The foundation of justice is good faith” – Cicero

Alcoholism distorts ones sense of right and wrong. I had a very skewed sense of justice as it applied to me. Despite clear evidence to the contrary, I was never at fault for any of the harm I caused. Restitution was for others, not me. Blame for my own faults could be assigned to others. I was never at fault. Even when deep inside I knew I had overstepped the mark I was able to rationalise my way out of it. I was the victim in all of this.

Recovery forces us to get honest with ourselves. We look back in to the past  and list all of the people we have harmed. Character flaws are exposed for what they are. Mistakes and injustices are admitted. Seeking to put things right we seek to make amends as far as we can without causing harm to others. Our pride, ego and security is no longer important, we have to put justice first. Our sobriety depends on it.

Justice takes courage. It also takes a commitment to rigorous honesty and humility. Selfishness, pride and ego need to be put aside. It is not a case of saying “I am right therefore you must be wrong“. It is about looking beyond appearances and courageously seeking the truth.

So be careful when you demand “Justice”. Things may not be as black and white as they appear. Bias and prejudice will only further cloud judgement. Be mindful of hidden agendas, ulterior motives and a natural desire for restitution or revenge. Be wary of the mob demanding retribution at all costs. Justice should contain none of these things.

You must ask if your sense of justice correct? You can seek advice but decide you must, what is right. It may help to ask three important questions before you dispense Justice:

Is it ethical? Ask yourself “would you do something that you would consider wrong or questionable if it were done by someone else?”. If you cannot satisfy this test, then the thing should not be done.

Is it moral? Ask yourself before making a decision “Will I be able to sleep soundly tonight? How would I react if I were on the receiving end? Will I be judged harshly?”. Remember that each judgement that you pass carries consequences, for others and for yourself. Accept that.

Is it balanced? You must determine if something is fair. Does it respect the rights of others? Is it equitable (equity)? Is there also a degree of impartiality? Does it recognise the arguments and grievances of all sides equally (equality)? Is it fair?

Is it true? Justice only holds if it is based on truth. Honesty is paramount. Lies, half truths and falsehoods negate justice. The truth is no predicated on the views of the mob. Truth is immutable.

So, the question you have to ask is “what do you value? What are your principles and finally, how do you define Justice? What is your blind side, and do you know your own biases?” Are your decisions around Justice based on truth, fairness, compassion and wisdom?

Does it agree with the Jedi Method?

Image: March on the Jedi Temple during Order 66 (Copyright and all rights reserved by Lucas Films Ltd)