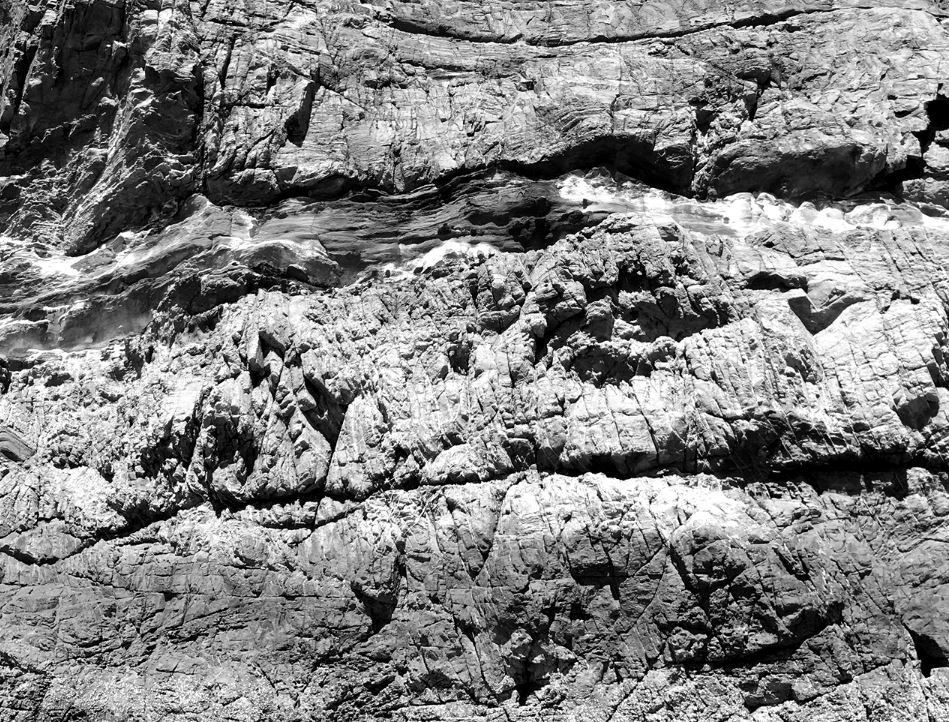 “Remember, a Jedi fights only as a last resort. If you are forced to draw your lightsaber, you have already forfeited much of your advantage. A Jedi trusts the Force and at first seeks other ways to resolve problems: patience, logic, tolerance, attentive listening, negotiation, persuasion, calming techniques. But there are times when a Jedi must fight.“ – Luke Sywalker to Students

Some time ago I was at a University during  its Open Day and I wandered from one tent stand to another. There were Philosophy and Political Groups to Religious and Sporting Clubs. A tent for sober and recovering students was parked next to a group calling itself “Party Hardy”. I enjoyed the appearance of harmony and tolerance on the campus. There were students wearing signs of religious affiliation and an Islamic students tent tended by young men in dish dash and prayer caps were serving Halal sausages to student wearing shorts and singlets.

I came across a tent stand that was occupied by a group that sit on the political spectrum well left of the middle. A large bearded guy with a Karl Marx T-shirt was standing next to a girl wearing a Hijab and a “Black Lives Matter” T-shirt. The guy saw me looking at the Posters decrying all the wrongs in the world from corporate power to American Imperialism and environmental destruction.

Seeing my attention he offered a newspaper and said “Hi”. On the cover was an article about the conflict in Syria. I paused there and he said something to the effect that “It was *expletive* terrible what is happening over there, Russia and Assad have started killing the Kurds”. My jaw dropped and I looked at him in amazement and asked “What? For real?”. This was a shock, did I miss something in the last 24 hours? The war in Syria moves and shifts at an incredible speed, alliances form and break up. The news is distorted and often fabricated. I spent a lot of time digesting news and sorting fact from fiction. If true, this was a serious development.

“Yeah Man *expletive* they dropped gas on the Kurds in Aleppo”, he said starting to get a little excited, “ *expletive* Russians, I *expletive* hate them”.

“Actually I said, that’s not right, last week there was a gas attack in Aleppo on the district held by the Kurds but the perpetrators were anti-Government Rebels holding East Aleppo, not Assad or the Russians”, I told him.

“That’s Bullshit” he replied, now looking at me with suspicion.

“RT and Fox man, that’s *expletive* Fake News, run by Putin and that stooge Trump”, he was getting a little red in the face, his voice was louder.

I made a comment that I knew people in Syria, western volunteers in the Kurdish militia, the YPG, and independent correspondents they had corroborated the story but the mainstream media had not picked it up.

At the mention of the YPG, the girl in the Hijab who had been standing to one side in silence, spoke up;

“The YPG?” she said “They are Terrorists, stealing land from Arabs, persecuting Muslims. They are worse than ISIS”, she pointed a finger at the sky.

“I’m sorry?” I asked rhetorically and replied;  “They have Arabs in their Forces, Christians too. They are socialists like you, don’t you support that”?

The bearded guy glared at me “They’re not Socialists Man, they’re puppets of Western Imperialism!”.

I was flabbergasted, these people are meant to be educated “But, the US supplies weapons to everyone in Syria fighting Assad or ISIL, even listed Terrorist groups”, I said and rattled off some names.

The lady’s  face grew darker as I spoke “The Kurds are racists and nationalists who oppress Arabs and Muslims on their own land!” she shouted “Anyone who supports them is an Islamophobe and a Racist”!

They both glared at  me like I was some sort of decayed trash. I was the enemy in their eyes. The symbol of what they hated. The conversation had ended. I gave him back his paper and moved on. I heard the girl say “Privileged White Asshole”  to her ginger haired white friend.

Tolerance is Being Heard

Once upon a time I had been politically active. I had considered myself a Socialist of the type that wanted to see the poor lifted up and conditions for blue collar workers improved. There had been the protests for the protection of Forests, nuclear disarmament and end of Apartheid in South Africa. We felt as if the causes were for everyone not just the few and our dreams were for a better future not a more divided one.

The protest movement was based on Love and Hope, not Fear and Anger. Now decades later I was in the same place I had walked in Protest as a naive activist complaining about intolerance and had just been called a “Privileged White Asshole” by a person who didn’t know me at all for expressing a view.  I thought about my childhood, the living in poor housing, the missed meals and forgotten Christmas’s. Going to school in threadbare clothes and worn out shoes. The years of struggling in alcoholism and the sting of shame at being broke all of the time. I felt like someone had kicked me in the groin. I never knew the privilege she was referring to.

How can someone judge  a person so blindly and so negatively when they don’t even know the person? We are taught that a person’s skin color, ethnicity and religion should not matter and that tolerance should be embraced. Yet at the same time the freedom of open dialogue and expression has been constrained to such a degree that to have an opinion is discouraged unless it is accepted as “politically correct”.  It occurred to me that there are people in the world on both extremes of the political spectrum who are intolerant of others beliefs and views. That not all people of Faith are tolerant of other Faiths. The world is more intolerant now than ever before and as a result people are lashing out.

“The highest result of education is tolerance” – Helen Keller

Opinions are not Facts

We believe what we want to believe and when evidence appears that contradicts that “sacred cow” we either revise our view point or we throw the shutters down. I’ve been called Islamophobic, Homophobic, Xenophobic, Sexist and Misogynist and a Russophile in my time. I would reject those charges, except I am quite fond of Russia and Russian women in particular.

The point is that we may not agree on certain points of view or opinions but we can allow dialogue and discussion that is informed, considerate and causes no harm to others. If one is to learn and expand their knowledge the opinions of others must be considered and evaluated in an objective and impartial manner. Throwing the shutters down makes no sense just because we disagree with someone on a point of view.

A study published in the American Journal of Preventative Medicine looked at the phenomenon of Social Media and the death of debate. The results found that social interaction is now stymied by the emergence of strong divisions along the lines of opinion on social issues and politics.

A sort if Tribalism has emerged where a person is automatically judged, accepted or rejected as a human being based on their opinions on specific issues such as race, global warming, religion, gender equality or politics. Non conformance with the accepted dogma will result in a tirade of hate comments and possible online harassment. In the real world it can get you harassed,  bashed or worse.

The phenomenon has spread to Universities and High Schools where lecturers and teachers insist on certain views that are consistent with their own and penalize or ostracize students who question them. I’m reminded of my childhood when any expressed doubt of “original sin” or the holy trinity was met with a torrent of shrieking and admonishment from the Sisters who taught us. If you did not conform you were defective and to be punished.

Recently Universities such as Berkley and  Middlebury College were the scenes of riots as students forced the cancellation of lectures by visiting controversial figures. These were not preachers of radical ideology and extremism but academics who hold a position that is counter to the current opinion and ideology. The Higher schools of Learning are being sabotaged and opinion silenced by dissent, righteous anger and the threat of violence.

“Tolerance implies no lack of commitment to one’s beliefs. Rather it condemns the oppression or persecution of other” – John F Kennedy

Intolerance is a trait that becomes an alcoholic. Being an obstinate and recalcitrant bunch we tend to get impatient with people that don’t agree with our views. We quickly right off people, places and things that do not concur with our distorted view of reality. Intolerance keeps the Ego strong and provides enough resentment and belligerency to keep us in active alcoholism.

Once upon a time I was a bar philosopher and boozy political commentator, the debates were lively, if not slurred, but as far as I was concerned the other person had nothing to say. Only my opinion mattered but that did not stop me from buying rounds all night to keep the conversation going. Anyone who drank with me was alright in my opinion regardless of their views. I had a type of Bartolerance on opinions.

I love the phrases “take what you need and leave the rest” and “live and let live”, the first time I heard them in the context of tolerance was at a 12 Step Meeting early in my recovery. I had become dogmatic in my views about the program and was a bit of Big Book thumper. The printed words in the book Alcoholics Anonymous were gospel to be followed to the letter and without divergence rather than a set of recommendations and suggestions as the authors of the program had intended.

“Alcoholics Anonymous has no opinion on out-side issues; hence the A.A. name ought never be drawn into public controversy.” – Tradition 10, “12 Steps and 12 Traditions”.

Bill W and the other founders realized that in order to attract people to the program they needed to make it as palatable as possible for all irrespective of their religious, political or philosophical views or lack  there of. The Founders encouraged new comers to go out and try different things and to speak to psychologists, doctors and religious or spiritual advisors about their problems. The fellowship did not claim to have a cure but a program that if accepted as a way of life would bring a spiritual renewal that would remove the compulsion to drink.

In the program there are people of all religious denominations, political ideologies, atheists, agnostics, ages, races and background. Professionals sit side by side with shop floor workers. The rich sit with the poor. Everyone is in the same boat and opinions do not matter. All are accepted for who they truly are, a spiritual being having a human experience. A human being who wants to get sober. I have often wondered at how this is possible but it is and it could be like this everywhere. Opinions do not matter, people do. We can disagree but we can disagree agreeably.

Be Jedi, be tolerant and keep an open mind.