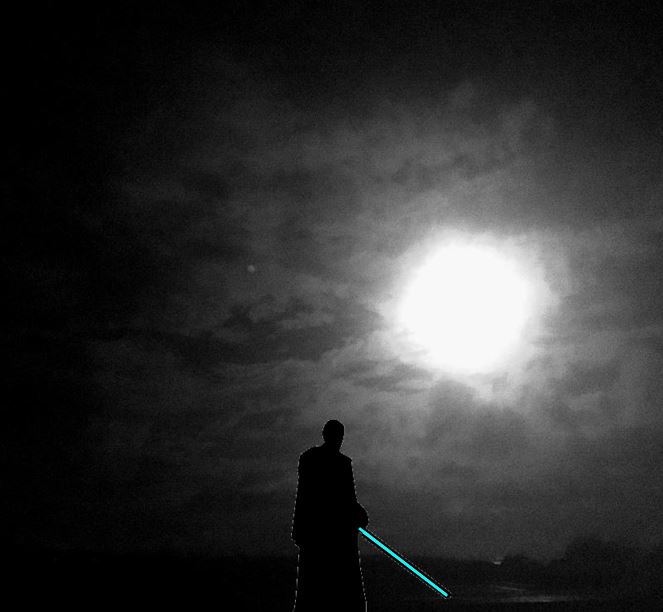 In Star Wars the Jedi Trials were used by Jedi Masters to test and assess Jedi Padawans on their journey to becoming Jedi Knights. There were five trials “Skill”, “Courage”, “Spirit”, “Flesh”, and “Insight”. The Padawan was closely assessed by the Jedi Master overseeing the trials but the Padawan was also expected to be self critical throughout.  A Padawan had to dig deep within and determine if she had passed the trials as intended. A Padawan could get through a trial. But did the Padawan achieve the goals of the trial by gaining the insights and breakthroughs that the test was intended to bring out in her? Only through honest and thorough self assessment could a Padawan hope to fully become a Jedi.

Ahsoka Tano was an example of a Padawan who critically reviewed her beliefs, ideals and performance often.  Ahsoka was able to moderate Anakin’s behaviour through her strong principles and tireless devotion to her Master. Anakin would often criticize her but Ahsoka was by far her own strongest critic. More on Ahsoka later.

One of the things we are rarely encouraged to do is to critically assess our own performance as individuals. Usually someone else is the first to provide us with feed back on our performance or progress.

Whether it is at work, in a relationship, training for an event or plowing through a course, we usually don’t take the time to critically review ourselves. We usually rely on someone else to do it for us. Sometimes we are told things we didn’t want to hear and we act surprised. But should we be? Should we not critically assess ourselves everyday and know ourselves better? Most of us would rather give ourselves a Free Pass.

“This is to be a test of your knighthood. You and your companions must make your own way through the difficulties you will encounter.” – Jedi Master Arca Jeth

I’ve worked for a number of companies that had six monthly performance reviews built in to their human resource management program. Every six months you walked into an office to face your line Manager and a member of HR. They would deliver an appraisal and score you on your performance. The performance review would determine whether you received a bonus or part bonus or nothing at all. Promotions and continued employment was also determined in the review. There was a general rule that anyone who fell in the bottom 10-25% of the company would find themselves on notice and given a “probationary improvement plan”. Anyone in the bottom 10% was usually fired that day. This was how they got rid of undesirables.

The performance review required the individual to give themselves a score for performance against company “pillars” such as “courage”, “integrity”, “safety”, “productivity” and “respect”. Employees had to write a short justification of their score against each of these items. Most people wanted a high score because no one wants to be in the bottom quartile and face dismissal or shame. Everyone wants a bonus. Generally self assessments were scored high and 5 star performances was not uncommon for people who were clearly “under performers”. Why would someone be so dishonest with themselves? They either truly believed they deserved a high score or they were being dishonest.

I have seen many people walk out of these performance review meetings clutching tissues as they dabbed tears in their eyes. Strangely some of these people would enter the room expecting a glowing report only to have their expectation dashed by a frosty reception and a dismal review. They had self scored high and seen it decimated from 5 stars to two or three. A reality check had been delivered.

What surprised me is why some of them were so shocked or hurt when they were given an honest assessment of their performance. Could they not see it themselves? Had they not taken the time to be honest with themselves and consider that perhaps people noticed their day to day performance and behaviors? The truth can hurt but it’s worth the pain.

For some reason I could always guess how my performance review was going to go. In the military you knew if you were liked or disliked by the chain of command. They told us everyday and were brutally honest about their feelings towards us. Performance review was everyday. Feedback could swing from high praise to vitriolic condemnation reinforced with punishment push-ups and corporal punishment in a single hour.

In civilian life I grew wary of people because unlike the military you did not have such transparency and blatant honesty from your bosses. In the “real world” a person at work who was nice to you and pretended to be your friend might well be putting you down behind your back in order to look better. A supervisor might be blaming all of her failings on her subordinates and taking credit for all their hard work. In the Army this sort of “backstabbing” was unacceptable and was usually dealt with through “old school” methods. Being wary and realistic allowed me to walk in to a performance reviews hoping for the best but expecting the worst.

Whistling in the Dark

One of the things that surprised me is how line Managers at some companies only ever bother to speak to their subordinates about performance once or twice a year. Unless there is a glaring problem with behavior you are left alone and allowed to reinforce whatever flaws or habits are letting you down. No one is around to pull you back in to line. Most people don’t take the time to self assess themselves honestly and continue to “whistle in the dark” everyday completely unaware they have a target on their back.

Being alcoholic I knew my obstinacy, belligerency, complacency, dishonesty and hangovers were noticed in the workplace. The stories I made up to cover for absences from work were flimsy at best. I was rude and direct with people and I didn’t like them. The difference for me was I didn’t care. No one ever pulled me aside either. No surprises were ever had on performance review day.

Alcoholics can be exceptional people and many are highly talented over achievers. This is often called “High Functioning Alcoholic”. Unfortunately we tend to eventually torpedo ourselves because the ruse takes too much effort to sustain indefinitely. We give our bosses, bank managers and friends and loved ones the rope to hang us with. At the beginning everything runs well and we outperform expectations. Eventually, the cracks start to show but we recover and make up for it in spades. The house of cards starts to wobble and then finally collapses. We are left standing amidst the wreckage of our lives. Those around us stare at the mess and are baffled. We can’t explain why we do the things we do. They say they never saw it coming.

Despite my disease I knew when I had messed up and I tried to hide or deny it. Failing that I could try blaming others. It was only in recovery was I willing to inventory every fault, flaw and misdeed on paper and admit them to myself, another and my Higher Power. Once done I only had to try to make amends where I could and resolve to improve on a daily basis.

“Continued to take personal inventory and when we were wrong promptly admitted it.” – Step 10, AA (Alcoholics Anonymous)

Daily self assessment is used to self monitor our own progress. We readily admit mistakes when we make them. This takes vigilance, discipline and self honesty. Every day we face challenges that test our emotional, spiritual and mental strength. Without the presence of mind and firm principles life can erode the foundation of our recovery and weaken us.

By taking daily inventory we manage life “one day at a time”.  This daily practice approach allows us to immediately appraise ourselves and adjust our behavior when we admit fault. We orientate ourselves back on to the path, make amends where necessary and continue forward. The goal is progress, not perfection. Mistakes will be made. We will falter. If life did not throw curve balls at us occasionally how would we ever grow?

Stoicism, like the 12 Steps encourages a daily self appraisal through an evening review. The evening review is used to identify what went well and where things can be improved. Personal conduct and interactions throughout the day are assessed and measured against personal values and principles. Did we demonstrate virtues in our interactions with others? Were we polite, patient, calm and civil in our dealings with difficult situations and people? Were there instances where we were angered and said or did something that we later regretted?

The Jedi were also encouraged to constantly undertake personal self assessment and review. This was a daily ritual. By connecting with the Force through meditation they could observe their actions as if looking from the outside in. Over time the Jedi could achieve a constant state of mindfulness where every thought, word and action was assessed before it was given power through release. The Jedi were self sufficient and were self honest enough to be their own best critic.

When the Jedi Council admitted to Padawan Ahsoka Tano that they had wrongly accused her of terrorism and sabotage she was promoted to Jedi Knight. The promotion was based on the premise that the ordeal had served as her final trial. Firm in her convictions Ahsoka Tano rejected the promotion and left the Jedi Order. In her mind she had suffered a great betrayal and had the presence of mind to be honest with herself.

The Jedi ritual can be used as a tool to identify problems and solutions. If something went well, we determine why and resolve to repeat or improve on that in future. If there was a shortcoming or failure we figure out why it happened and find a solution. We do not condemn or berate ourselves needlessly. Everyone makes mistakes and some days go better than others. Each and every day is an opportunity to put our principles in to action and learn something new.

Getting sober and staying that way, going on a diet to lose excess weight, exercising, studying for a qualification, becoming a Jedi and creating a successful relationship are difficult but rewarding. Self improvement is by nature hard because it demands we make real and meaningful changes in our life. It can be easy to get complacent and lose our way without taking the time to pause and assess our progress.

Regularly check in on how you are traveling on the path. Ask yourself “how am I doing right now?” Explore your feelings. If your mind is in turmoil or your emotions are raw take a moment to simply pause and observe impartially and then let go. There are some days when you will need to pause more than once to center yourself. At the end of the day, take the time to review your performance. Do this as part of your meditation practice if you like. That quiet time of contemplation and self assessment will, if you allow it, keep you focused on your goals.

“The trials are difficult. Many try and fail, so I advise you not to be complacent.” – Jedi Master Satele Shan