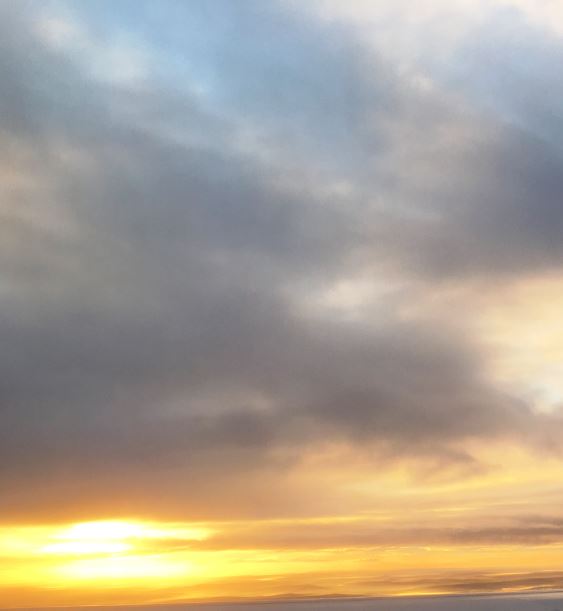 “Death is a natural part of life. Rejoice for those around you who transform into the Force.” – Yoda

“He who surrenders hope, surrenders life.” – The Clone Wars “Alter of Mortis”.

The Resurrection of the Christ from the dead is the very foundation on which the Christian faith is built. The New Testament tells us that Jesus was crucified and died on the cross and then he rose again and walked among his followers for forty days before ascending to heaven. The symbolism of the story is that Jesus, as a manifestation of the divine, died like a common man. Jesus then descended to hell carrying the sins of the world and then arose on the third day defeating death and redeeming the world. This is the salvation of the resurrection.

From a metaphysical perspective I see the story of the resurrection as a parable which is intended to remind us that death is not final. Yes all things die but life always follows death. The circle of life is continuous and death is a part of that. But life always triumphs over death.

I also believe that the story of the resurrection is to remind us that in life we must let the old parts of ourselves die in order to renew ourselves. We must be willing to let go and suffer in doing so if it allows us to grow.

The Rise of Skywalker

“The Rise of Skywalker” is an interesting title for the last episode of Star Wars. In “The Last Jedi” we saw Luke Skywalker “die” on the Island of Ahch-To. In the final scenes Luke vanishes symbolizing his transcendence from the flesh to the living Force. Yoda, Obi-wan Kenobi and Anakin all transcended to the Force. They were resurrected not in a physical sense but there continued consciousness in the Force defeated mortality by becoming immortal.

Will Luke now “rise” from the dead in the last episode? Will he be more than a Force Ghost? What of Lela? Will the laws of the Force be utterly upended and Darth Sidious also released from the shackles of death?

The Star Wars mythology uses the theme of resurrection in the saga. Obi-wan Kenobi was clearly struck down by Vader in the original movie. The Jedi Master deftly parried Vader’s Lightsaber before opening himself to the fatal blow. At first it seemed like suicide but soon the true purpose of Obi-wan Kenobi’s death was revealed. Yoda also returned to aid Luke Skywalker after he had died in the flesh. Qui-Gon Jinn also appeared to Anakin and tried to guide him.

Villains also return in Star Wars. Darth Maul struck down by the apprentice Obi-wan Kenobi somehow survived and returned decades later insane with a lust for revenge. Cade Bane the unscrupulous Bounty Hunter and perennial anti-hero was rumored killed in a duel but I have no doubt we may see him again in a future series of the Clone Wars.

“Darth Plagueis was a Dark Lord of the Sith, so powerful and so wise he could use the Force to create life… The dark side of the Force is a pathway to many abilities some consider to be unnatural.” – Darth Sidious

The Return of the Sith

Can the Sith defy death and resurrect themselves? Sidious was destroyed in “Return of the Jedi”, killed at the hands of his apprentice Darth Vader. What if the essence of Darth Sidious was preserved within the dark side of the Force? Like his Master Darth Plagueis had he mastered the secret to cheating death?

Luke said in the teaser that no one’s ever really gone does this allude to Palpatine? Lucas may have been planning the resurrection of Darth Sidious since the “Return of the Jedi”. One of the alternate endings of the first trilogy was the conversion of Luke to the dark side with the defeat of the Sith Lord. Lucas however decided on a happy ending.

Having the resurrection of the Sith and the return of Palpatine as the end to the “Rise of Skywalker” may keep the circle of the mythology turning. If the Dark Side rises once again in the galaxy we must wait for another “chosen one” to end it and restore balance to the Force fulfilling the ancient prophecy.

The second coming so to speak…

“Luminous beings are we, not this crude matter” – Yoda

Whether you believe in the story of the resurrection of Christ or not depends on your religious leanings. In reality people who die do not rise again unless the person was in fact not dead. This is why the story of “The Rise of Christ” is so important to Christians and underpins the basis of their religion. The resurrection of Christ provides proof of the divinity of Jesus as the son of God and eternal savoir of the world. Christians believe that the crucifixion and resurrection were prophesied to happen in the Old Testament.

The story of the crucifixion and resurrection is one of reaching redemption and meaning by going through suffering. In life we must take up our cross and bear it. Redemption comes through suffering. Like pruning dead branches, we shed parts of our old lives. The process can be painful but we emerge renewed.

The celebration of Easter is one of rebirth and renewal as well as hope. Becoming sober is like being born again, a resurrection from an existence that was neither being wholly alive or completely dead. Addicts are caught in twilight between two worlds. Eventually we are forced to choose between the two. That choice is to let the old life die and the new life arise or not. We can stay down or rise up resurrected and renewed. I choose life. What do you choose?