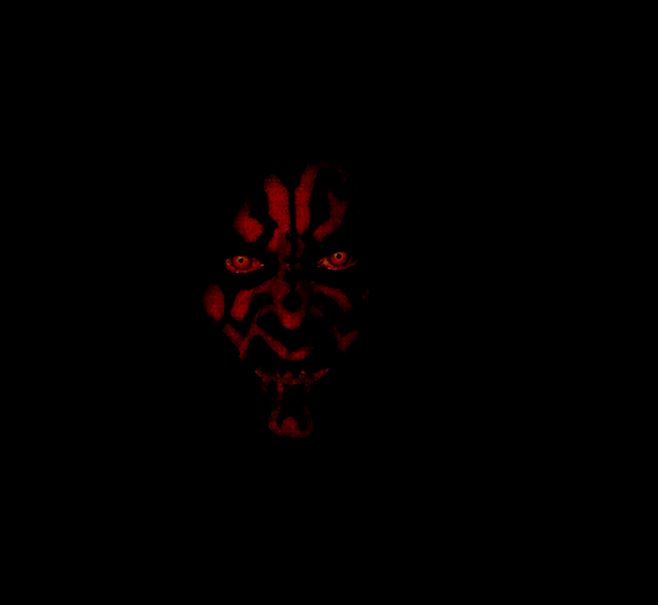 “Two there should be; no more, no less. One to embody power, the other to crave it.”  – Darth Bane

The Sith were the antithesis of the Jedi. Serving the Dark side of the Force the Sith were diametrically opposed to the Jedi. The Sith sought to dominate the galaxy and impose their will on all life. The story is one of the struggles between the dualistic nature of the Force. The conflict between the Sith and Jedi is a struggle were the Light Side attempts to negate the Dark Side and the Darkness seeks to extinguish the Light. One must dominate the other. One must be Master.

“Remember, the first and only reality of the Sith… there can only be two. And you are no longer my apprentice. You have been replaced.“

Believe it or not, our personal Dark Side is a teacher. I refer to it as my inner “Sith Lord”. I attribute selfishness, belligerence, arrogance, self-will and a rampant or an over inflated ego to my inner “Sith Master”. Emotions such as anger, resentment, hatred and especially fear are the outcomes of an effective education in the Dark Side of the Force. For more than two decades, alcohol was my Master and I was its willing apprentice.

Darth Sidious served Darth Plageuis and killed him. Darth Sidious at first drafted Darth Maul as a servant and then betrayed him choosing Count Dooku as a suitable Apprentice. Dooku became Darth Tyranus until the Sith Lord in the guise of Palpatine recognised Anakin as his chosen disciple. Once he had corrupted the Jedi Anakin to the Dark Side, Palpatine had his new protégé kill Count Dooku in cold blood. Anakin soon became Darth Vader and served Darth Sidious until the Sith line was ended in the Return of the Jedi. The history of the Sith was one of domination, submission, betrayal and death.

“(Darth Plagueis)  became so powerful … the only thing he was afraid of was losing his power, which eventually, of course, he did. Unfortunately, he taught his apprentice everything he knew, then his apprentice killed him in his sleep. never saw it coming. It’s ironic he could save others from death but not himself.” – Palpatine (Darth Sidious) to Anakin

The analogy of the relationship between Sith Master and Apprentice accurately describes the alcoholic’s relationship with booze. The relationship is far deeper than shallow desire. It is a mental, physical, emotional and spiritual “craving” to something which is at once endearing, warm and inviting while at the same time cunning, devious, cruel and unforgiving. Alcohol becomes the unwavering and unforgiving Master that dominates every aspect of life, even to the grave.

Alcohol embodies the power and the Alcoholic craves it. A “Rule of Two” resides within that relationship. The only thing that matters is the relationship between the Addict and the substance of Addiction. There is nothing else. A struggle evolves over time in which the Addict attempts to seek control in the relationship. Through resistance and failure the Addict is constantly reminded of the futility of her attempts to overpower her addiction by self will alone. Every attempt leaves her weaker.  Only one victor can emerge from the throes of that struggle. There can be only one Master.

In time the Master takes everything and leaves nothing but despair, anger and fear.

“The Sith took everything from me. Ripped me from my mother’s arms, murdered my brother, used me as a weapon, and then cast me aside. Abandoned me. Once, I had power — now I have nothing.” — Maul (Clone Wars: “Twilight of the Apprentice”)

In my early recovery I imagined my addiction to be some dark beast that dwelt within me. That beast had me on a short leash. Attempts to leave were cruelly punished. My confidence was shaken with every failed attempt to escape. As I fell deeper in to despair my addiction mocked and tormented me and I grew more dependent on it. The Dark Side closed in all around. I found the harder I fought the deeper was the decent in to the Dark Side and ultimately my personal Rock Bottom.

Finding a Higher Power and rejecting my addiction by turning it over was the act of overthrowing that insidious Master. In the end there could only be one. Alcohol would take me to the grave or I would usurp it somehow and reclaim life. In the end all it took was a willingness to believe and the act of surrender. In order to over throw the Master I had to face myself and stop fighting. I came to realize that when I looked at the face of the beast I stared squarely at myself. I and the Master that I feared and reviled were one and the same. We were two sides of the Force that Lincoln described; the better angel facing the dark side. By ending that struggle I was able to walk free again.

I never forget that every person has a dark side although not all are slave to it. That is the Tao, the duality residing within the whole. My Dark Side remains but I choose not to give it license. I can’t afford to. I never forget that once it was the Master and it seeks to return. Like a prisoner condemned to a dark and deep cell it hides in the shadows brooding. It patiently waits. It believes the day may come when it will kill its old Apprentice. And when I peer deep in to my soul I see that Dark Side it is watching and it waits.

Keep fear at bay and be touched by Better Angels.