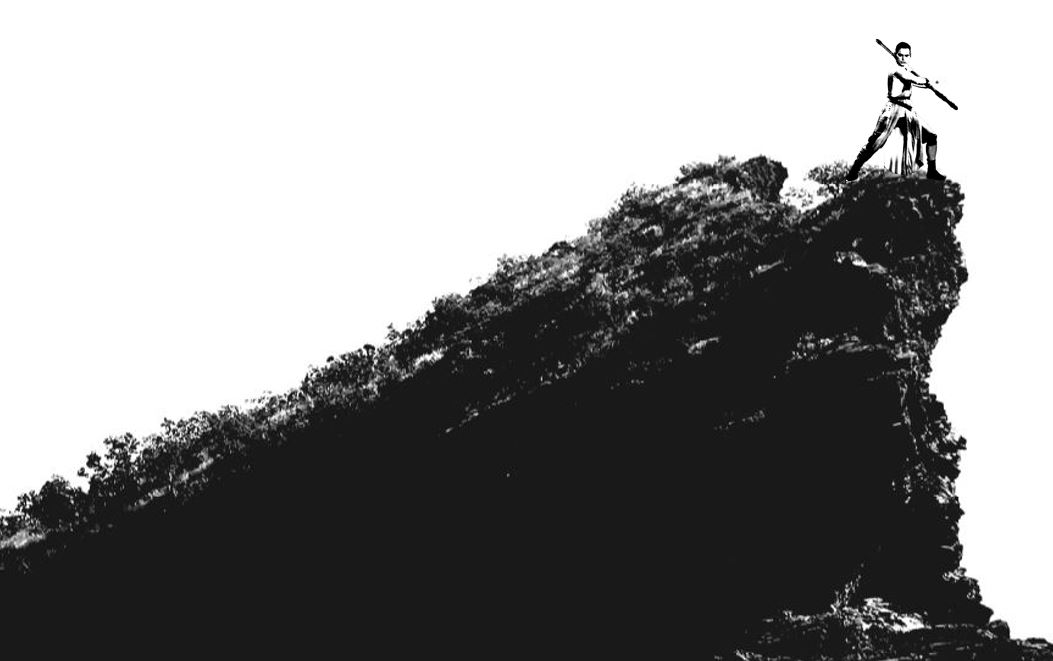 “Impossible to see … The Dark Side clouds everything. But this I am sure of…Do their duty the Jedi will” – Yoda

Duty is a word that is synonymous with the Jedi. The purpose of the Jedi was to serve the Republic. Duty was at the forefront of Jedi training and conduct. Even as the Jedi Order collapsed and only Luke Skywalker remained alone on the ancient Jedi Refuge of Ach-To the call to Duty was strong and could not be denied. Luke finally answered the call to action because he was Jedi and bound to do his Duty.

“We are born for cooperation, as are the feet, the hands, eyelids, and the upper and lower jaws” – Marcus Aurelius

Whether we know or not, each of us has a duty to perform. As human beings our first duty is to live in cooperation and collaboration with others. We are social animals and it is in our nature to depend upon each other. In fact our survival as a species relies on it.  No person is entirely an Island by nature.

We also have a duty to ourselves.  As competent adults each of us has a responsibility to safeguard and maintain our own physical, mental, emotional and spiritual well-being. This is necessary for us to function in our roles within society.

Our final duty is that which society accords us in our role. People who earn a living have a duty to their employer. Businesses have a duty to their customers. Teachers a duty to their students and school. Doctors to their patients. Parent a duty to raise their children. All of us interact within the relationship obligations and expectations of duty. We all have a role to play whether we like it or not.

When I was a Soldier I understood the concept of Duty. Through school I had been instructed in the merits of being a dutiful student. We were taught to respect the flag and honor country and God. Duty it was explained was the most honorable virtue bestowed on Man. Without it we were less than savages and had no honor or belonging. We owed it to our families, school, community, country and the church to be dutiful.  I thought that to be a good person one was duty bound to serve.

The Army reinforced this concept. To shirk one’s duty was seen as a crime. The worst offence was to abandon one’s duty through desertion or “by refusing to soldier”. Insubordination was one thing but conscientious objection or “abandoning one’s weapon” while in uniform was seen as the worst betrayal of duty. There were those who felt it was their personal moral and ethical duty to object to orders by “refusing to soldier”. Some expressed that through desertion.  Either way was punished by imprisonment.

I was not one of those men who saw duty to personal values as being more important than following insane orders. My constant insubordination and eventual desertion was driven by alcohol and a selfish and destructive attitude. As I got deeper in  to the mess of alcoholism I faced one charge for dereliction of duty after another. I found more ways to infuriate the system even more. Eventually I learned that I could not beat the system. Full of anger and resentment I went AWOL.  With little ceremony I was discharged on return and unceremoniously cast out back in to the world. I had failed in my duty. The rejection was a deep blow.

The years after my dishonorable discharge followed a similar pattern. I seldom remained in one place for long. With little warning I would leave. My loyalties were near non-existent or they lasted as long as the booze did. I could swear a blood oath to complete strangers in a Bar but not recognize them the next day. I could not hold down relationships unless they benefited my drinking and gratified my desires. None lasted long. Duty seemed like a foreign word. In the end I despised the notion of duty as it evoked control, obligation and restriction to my freedom.  Duty did not go with drinking.

“Happiness is the natural flower of duty” – Phillips Brooks

Deon is the Greek word for binding moral and spiritual duty. It is also means “Of Zeus”. The Ancients placed great importance on personal duty marking it as almost holy. Coming in to recovery I had to embrace a new kind of Duty. This was a spiritual duty I owed to myself and others. Unlike the Duty that I had known in the past there was no need for self-sacrifice or submission to others. I was not compelled to do anything I did not want to do. I only had to follow my heart and act in accordance with my own principles and values.

What was required was a willingness to change and putting faith in a Higher Power I call the Force. I had the freedom to think for myself. My Duty was to not pick up that first drink and to follow some simple principles like self-honesty, humility and gratitude. Others showed me that they had a duty to help me stay sober because it also helped them. In time I could also help others and it would help me stay sober. Duty in that sense made complete sense to me.

These days we sometime hear the word “Duty” thrown about. People use it to remind society that it owes them a duty around their personal security, health, welfare and education. The Police, Military, Emergency Services, Hospitals, Teachers and Public Servants are there to provide us with a “Duty”. We live in a hedonistic and individualistic society where personal pursuits are valued more than the collective good. Many people seldom consider what Duty they owe to others and to the community.

Over the recent decades society has seen a decline in personal responsibility and accountability. Self-Discipline is becoming a rare commodity as is faith. Virtues are increasingly considered less importance than entitlement, celebrating diversity, political correctness, instant gratification, fame and physical appearance over character. We can still care about all of these things if they are important to us but we should find a sense of duty and purpose in our lives.

The Stoic and Roman Emperor Marcus Aurelius wrote a lot about finding one’s Duty in life. Forgoing a life of luxury and pomp in Rome he sought instead to make his contribution in the defense of the Empire in the wilderness of the northern frontiers. In his works “Meditations”, the Emperor records his doubts and anxieties at the enormity of the task.  A sense of moral duty re-calibrates his resolve.

Luke Skywalker consumed by self-pity on Ach-To finally came to his senses and sought to fulfill his Duty as a Jedi. The Last Jedi only had to remember his purpose and his purpose was service.

Luke Skywalker and Marcus Aurelius shared common traits of responsibility, self-discipline, faith in a Higher Power and belief in a cause greater than themselves. That’s all we need. When you know what it is go out and do your duty.  In that pursuit you will achieve the greatest gift; the feeling that you have fulfilled a purpose and lived life well.