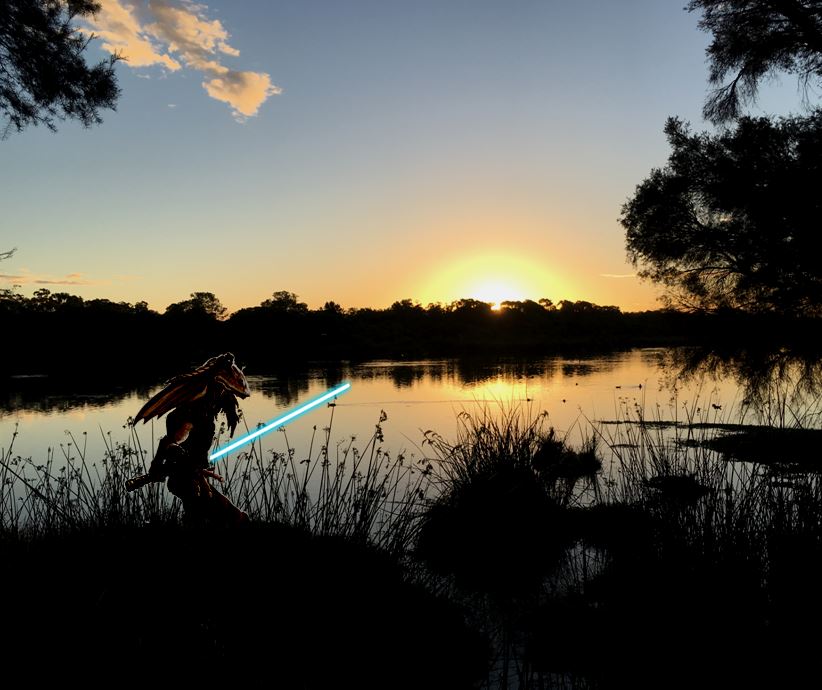 Image: We can Forgive Lucas for Jar Jar too.

“The Emperor is not as forgiving as I am” – Darth Vader

In the last post we explored the “Abundance Mindset” and how it is drawn from gratitude, acceptance and surrender. By having an “abundance mindset” we come to realize an abundant life. Our attachments to people, places and things loosen. We readily consider new ideas and refuse to be tied down by dogma. Life becomes fluid. Rather than focusing on life’s scarcity we focus on what we have. People who have arrived at a contended state of sobriety will often have an ‘abundance mindset’ that pervades their life rather than a “scarcity mentality”.

However an “abundance mindset” is sometimes not enough. Despite a solid mental and spiritual foundation the past can revisit and turn our lives upside down. Many of us live on the edge of a dark place. We believe our past is behind us yet at times we are haunted by it. Old habits and resentments threaten to ambush us and drag us back in to a pit of self pity, depression and anger. We still blame ourselves and others for past transgressions. This is when we need to forgive most. Forgiveness is the key to our salvation.

I have an introverted character that is often mistaken for being cold and insensitive. In fact the opposite is true, I am a sensitive person and wounds cut deep. Scars take a long time to heal, if they heal at all. I tend to carry the weight of my history on my back. I don’t forget old injuries and insults. In fact I can clearly recall what was said and done years and decades ago. Old memories of feelings and fear come flooding back. With that hurt and fear comes anger.

“Fear is the path to the Dark Side. Fear leads to anger, anger leads to hate. Hate leads to suffering.” Yoda

Digging up the Past

Recently I was at a conference where I saw some familiar faces. The last time I had seen many of them was a decade or more ago. When we had last met I was a different person. Alcohol had dominated my life and my relationships. I treated people in a certain way and they responded accordingly. As a result I was shamed or hurt. I reacted with anger and resentment. This of course made matters worse. Ten years or more later I see these people and can’t bring myself to speak with them. I avoided them and did my best to fade in to the background.

Later I considered my behaviour and realized my actions were driven by false impressions and self imposed fears. People generally don’t hold grudges for decades. They don’t have a catalogue of hurts like I do. Whatever had passed between I and these people was in a different life and they (being normal human beings) had long forgotten our petty disagreements of the past. People get over stuff and move on.

I realized that I was largely isolating myself out of shame. I knew the person I had been and did not want to be seen that way. This of course is ego based on fear. Why should we care what others think of us? Should we be paralyzed by the opinions of others? Do those opinions really matter so much that they keep us in doors?

“It never ceases to amaze me: we all love ourselves more than other people, but care more about their opinion than our own.” – Marcus Aurelius

It suddenly occurred to me that I had not acted like a person stable in his sobriety. I was avoiding people, places and situations because I was afraid of how I  would be seen and treated and mostly how I would react. The fear of being “triggered” by a remark or a memory and possibly doing or saying something that I would later regret paralyzed me and forced me to isolate. Had I hung around and engaged the very people I had crossed in the past perhaps I would have made friends. But I chose to flee, hide and stoke my ego.

The problem of course lies in the failure to forgive. This has held me back for much of my life. As an alcoholic I was reluctant to forgive as it meant dismantling my defenses and leaving me open to attack. I also could not believe that others were capable of forgiveness. How could they be if I was not? If people said sorry it was only words. My cynical and paranoid outlook on life kept me incapable of forgiving or being forgiven. As a result I suffered and hid in the shadows. People were treated with suspicion.

Step 9 of AA suggests that we go out and seek to make amends to those we have harmed where it does not injure them or others. It is a selfless act. Through amends we right the past, forgive others and seek to be forgiven, if that is possible. We cannot force people to accept our amends. Their response, positive or negative, is accepted with grace and equanimity. Our task is only to do what we have in our control.

In Step 10 we are reminded to appraise ourselves on a daily basis, admit mistakes and make amends where required. The goal is constant and continuous self improvement.

Amends are not just for others. We must also never forget to forgive ourselves. Our lives cannot be held hostage by the mistakes of the past. We acknowledge the past and resolve to learn from our mistakes and not repeat them. The past is neither shunned nor ruminated upon. We look at the past as one glances in the rear view mirror. Regarding it mindfully and occasionally.

Never let the past hold you as hostage in the present.

“Emancipate yourselves from mental slavery. None but ourselves can free our minds” – Bob Marley “Redemption Song”.

Star Wars is a tale of personal redemption based on Joseph Campbell’s “Hero’s Journey”. The theme of redemption is repeated throughout the mythology. We see it in the tale of Anakin, the trials of Luke Skywalker, the adventures of Han Solo and in the tragedy Asajj Ventress and Quinlan Vos. Through forgiveness each of the characters is able to reconcile the pain of their pasts and find redemption and final peace.

Our lives are no different. We are all on our own “Heroes Journey” of redemption. Learn to forgive yourself and others. The path will clear and we can live in the Now.