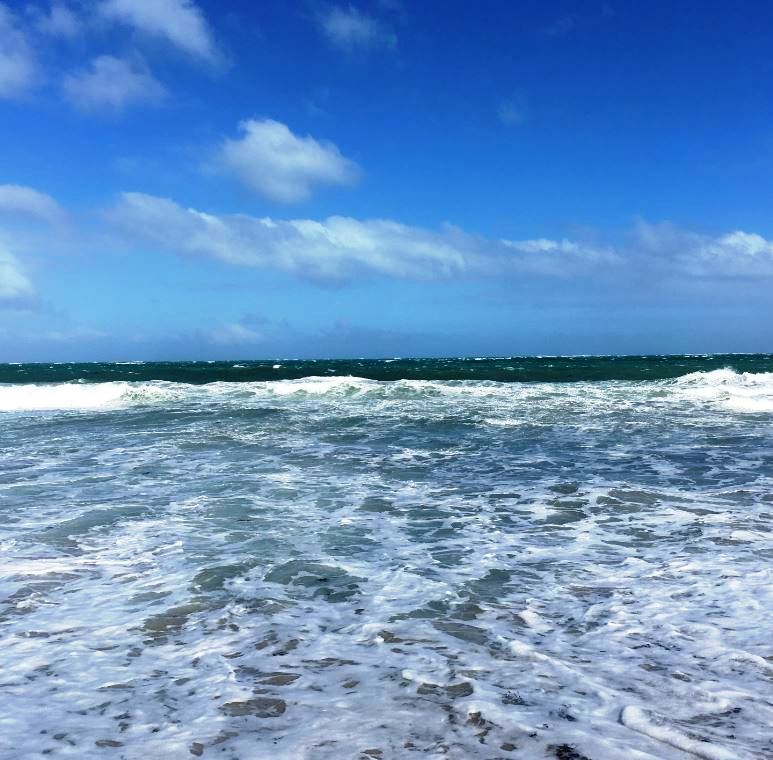 Compassion is central to a Jedi’s life. We need to have love and compassion for ourselves first and foremost, and then let that compassion gravitate outwards to the whole creation.

Metta is the Buddhist practice of “Loving Kindness”. Buddhists believe that compassion for all living things is vital as all life is precious. With compassion and loving-kindness the karmic consequences from past lives can be reversed and the Adherent can become Bodhisattva, an “awakened one”.

The  Bodhisattva postpones their transcendence to Nirvana for the sake of compassion for all life. Imagine that, to willingly seek to take on all the worlds suffering. These Buddhists feel compassion for all life but with that happy smile and serene face you see the Dalai Lama wearing. They take the “passion” out of “compassion” and replace if with loving kindness.

Many people in the west confuse the word compassion with “pity”. Some view compassion as an emotional weakness and certainly not a virtue believing that empathy is more appropriate. Empathy is viewed as a rational response to the misfortune of others rather than the emotion of compassion. The Stoics viewed “simple” compassion as a failing. At the same time they advocated it was a duty of all to help those in need. A Stoic form of compassion which was vital and rendered without passion was suggested.

The world was viewed by the Stoics as an interconnected system and therefore it is in the best nature for people to get along and work together. It therefore pays to be altruistic and show understanding and empathy. Sympathy and pity helps no one.

The idea of compassion in the East is very different to that in the west but surprisingly similar to the Stoic view. Compassion as Metta, wishes all to be free from suffering, oneself included. Loving kindness can radiate out from the individual to encompass the entire Universe in compassion; a simple desire that all sentient beings may find their way out of suffering.

The statement “Jedi have compassion” therefore agrees with the Buddhist concept of Metta. Jedi are objective in their response to the suffering of individuals but desire peace and happiness for all. Jedi resist feeling the suffering of others. They do not allow compassion to affect their judgement by emoting with the victim. Jedi provide support to those that need it, they render aid and defend the weak however they do not instantly fall in to the trap of irrational responses that lead them on a crusade.

“Love and compassion are necessities, not luxuries. Without them humanity cannot survive.” – Dalai Lama

How often have we turned on the news and been confronted with tragedy and injustice? We are bombarded with social media posts that show images of suffering and trauma. Floods and earth quakes, war and famine, poverty and social injustice seem to fly at us from every corner of the world. Hundreds of funding campaigns and aid organizations compete for charity from people who feel the dreadful pangs of compassion and pity but feel powerless to do anything.

Large non-governmental organizations have grown extremely rich on the good will and compassion of people who want to help those in need. Many of these compassionate people think that giving a few dollars to the poor or needy will help them out. But is this really an altruistic act of giving or a selfish attempt to feel better? Does giving in the way we give help any one? I have seen a culture of dependency and entitlement emerge in communities where handouts are the primary form of support.

Three years ago I watched with horror as Islamic State swept in to Iraq and started a genocidal campaign of slaughter of the Yezidi people. The Yezidis are a peaceful indigenous people who have somehow survived centuries of persecution and kept their unique and ancient religion intact. In 2014 the world watched on as genocide took place. I was overwhelmed with compassion and desperately wanted to do something. I agonized over whether to go to join the building resistance. What could anyone do if the World Governments did nothing? This was one tragedy that did not even earn a hashtag.

As Jedi we must decide how to best support those in need, render aid and defend the weak. We must recognize that to act instinctively on compassion alone may not be the best way. If we see someone drowning in dangerous surf do we immediately leap in to save them? Our instincts would drive us to risk our life especially if it were a child. How would our compassion for the drowning person help if we also succumbed to drowning or also needed rescuing? Jedi have compassion but think before leaping in. A dead hero serves no one.

I felt a different type of compassion the first time I went to a 12 Step Meeting. Someone invited me to share and I told my story. There were nods of heads and knowing looks as I recounted my story of misery and woe. I was sort of expecting to hear clucks of sympathy and a few words of pity but there were none.

The speaker thanked me for my discourse and invited another person to speak. I listened and heard a story far worse than mine. My face burned red with embarrassment and I wondered if the people there thought I was being a bit over dramatic. Compared to the people who had lost everything I had got off pretty lightly.

After the meeting people milled around and I looked for my escape. An older guy who had told a real sad story came over and introduced himself. He was joined by a lady who had made a mess of things in the past and was estranged from her kids but was recovering and held no grudges. They were smiling and joking and asked whether I had enjoyed the meeting. They asked me how I was doing and implored me not to drink. “Just for one day” they said; “take it one day at a time, one step at a time”. I felt reassured.

These people were expressing Metta, not compassion. There was genuine concern for my well being however they were not trying to tell me what to and did not offer any sympathy. They were going to show me the way but no one was going to carry me. They reminded me I was not alone but on a life raft with other people working together towards the same end. In order to love others I had to learn to love myself first.

None of us are victims deserving pity unless we choose to be. We can let go of that and cultivate Metta for ourselves and others.

“For all that I do, whether on my own or assisted by another, should be directed to this single end, the common benefit and harmony.” – Marcus Aurelius

During his captivity under the Zygerrian Slavers, Obi-wan Kenobi was almost broken. Obi-wan suffered from a crisis of compassion. The more he tried to help his fellow slaves the more they were punished by their captors. As he rushed to intervene to stop an act of cruelty, a guard would rush in and take a whip to him and then punish the slave even more.

The cruelty to others was too much for Obi-wan, he suffered because he could not help and when he tried it made matters worse. Eventually the other slaves shunned Obi-wan telling him to keep away. After the second battle of Christophsis, Obi-wan also suffered the emotional toll of having so many friends killed around him.

Obi-wan had a compassionate heart, unlike Yoda he was not always able to see clearly beyond his concern and anxiety for the suffering of others. The fall of his student and friend Anakin on the lava flows of Mustafar almost drove Obi-wan to despair such was his overwhelming compassion and grief. Being over anxious for others does not help anyone, least of all ourselves.

To Suffer or to Heal

The word compassion means “with passion” or “to suffer with”. Anakin and Luke both felt uncontrolled compassion for others and allowed that emotion to cloud their judgement. Compassion ultimately led Anakin to the Dark Side and almost destroyed Luke as well as he attempted to rescue his friends on Cloud City.

Empathy on the other hand allowed Luke to put aside his passion and spare his Father. In an instant Luke was awakened that he did not need to have conflicting passions. Luke chose to understand the suffering of Darth Vader and put an end to it. Luke refused to feed the fear, anger and hatred that Darth Sidious demanded. Through loving kindness he defeated the Sith Lord and redeemed his Father.

We can react with blind compassion, to do so can ignite an emotion, often raw and irrational. To respond with empathy is to use one’s heart with a brain attached. By acting with loving kindness, Metta, we combine heart, soul and mind together in a mindful way.

We recognize the suffering of others and willingly take that suffering from them. Instead of tying that suffering to ourselves we let it go. This leads to healing. We use empathy and mindful action to make a difference. We can stand in a storm of tragedy and chaos and not let it affect our serenity.

This is the true nature of Jedi compassion. .

“Compassion, which I would define as unconditional love, is essential to a Jedi’s life.” – Anakin