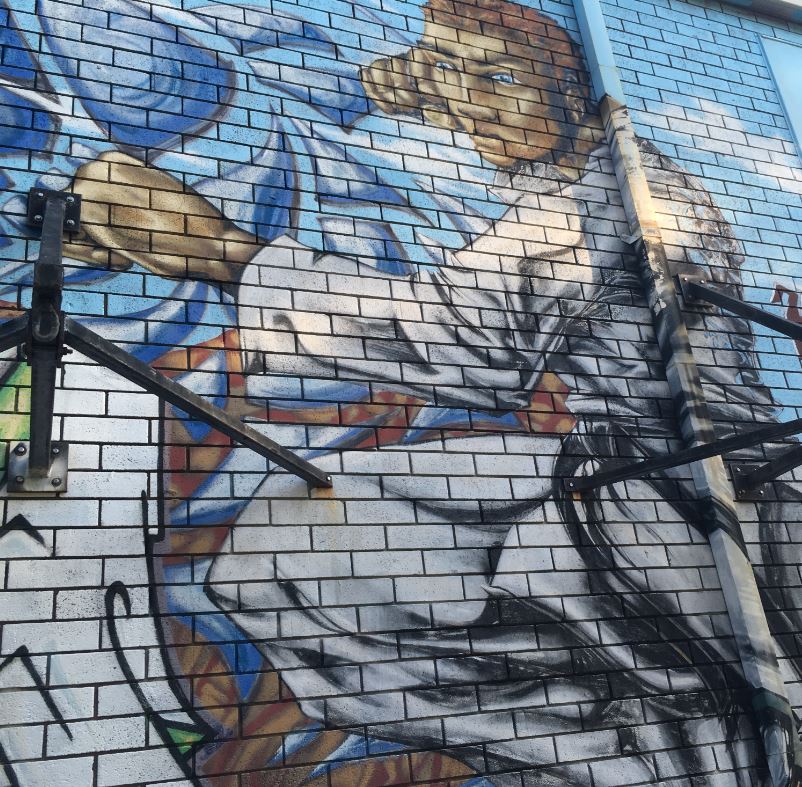 Most Jedi know at least one form of martial arts or self-defense.

It goes without saying that the fictional Jedi were accomplished Martial Artists. One only has to remember the epic battles between Yoda and Count Dooku or Darth Sidious to appreciate the martial powers of the Jedi. Like the old Shaolin Kung Fu Monks harnessing chi, the Jedi could also harness the Force to aid them in self defense.

Most real world Jedi train in one form of martial arts or another, however while it is not a requirement it is encouraged for personal growth. The advantages are obvious; increased focus and attention, self discipline, agility, strength and coordination.

Prior to getting sober the extent of my martial arts was the “hand to hand combat” taught in the Army and through general “bar room brawling”. I had tried to join various clubs. I figured that the self discipline, commitment and physical conditioning of Martial Arts would keep me out of bars and trouble.

Being an alcoholic is to be adverse to commitment, particularly when it gets in the way of discretionary drinking time. Consistency was never my thing. I showed up to training once or twice half drunk and had to be sent off the mats by disgusted instructors. In short time I would quit and move on.

Anything worth doing takes commitment and practice. We must dedicate our time and effort if we want results. I see recovery as similar to advancement in a martial arts discipline. We start off at white belt, completely new. The white belt is an empty vessel waiting to be filled with knowledge and skills, not booze. Our training starts and we grapple with the basics and try to find our feet. We view the old timers with awe. They give us advice. We advance one small step at a time. Some people decide to quit. We stay.

As our confidence advances we move to Yellow and then Blue belts. Occasionally we stumble and fall over, we get knocked on to our ass but we get back up and keep going. More people disappear. We graduate to Green Belt, that’s a tough one. Still we learn more about recovery and ourselves we have been sober for years now. We start guiding others on their journey as we are becoming old timers too. We reach Brown Belt  and as we claim contented sobriety we become Black Belt. Having come so far, we never look back.

What I have learned

At three months sober I joined a  Martial Arts club and continue to train. Some nights I come home bruised and battered. My middle aged body feels like it has been hit by a bus. There are times when I don’t feel like going but I know that I’ll later regret it if I don’t. I know that every training session we go to we come out better not worse. In the time I have practiced I have learned some important lessons:

Training has taught me that we don’t know what we are capable of until we try. We can sit at home and convince ourselves that we won’t be any good and make excuses. The other option is to just get out there and do it. You may surprise yourself.

As a younger alcoholic me I would go to a Dojo and end up getting laid out on the floor by another student. The problem was my Ego. I refused to leave it at the door. Being arrogant and cocky I needed to prove myself and when I stepped a little too far over the line I was quickly reminded by a senior rank to respect others. Martial Arts teaches respect and humility. We leave our Ego and problems at the door.

Some nights you learn new skills. Other nights you seem to have two left feet and cannot get it. To look silly is fine as long as we are trying our best it doesn’t matter. Even the most talented Martial Artist struggled at some point. Learn to embrace failure as a lesson. Keep trying.

Sparring teaches a Fighter strategy, pace and control. A two or three minute round does not sound like much until you step in to the ring. Getting control of breathing, pacing yourself and keeping presence of mind is essential to making it to the next round. Scenario drills also teaches all round awareness which is needed in real life confrontations on the street.

The beauty of Martial Arts is we can translate the skills and attitudes that are developed in to every aspect of our lives. Most who practice for years will tell you it has made them a better person mentally, physically and spiritually.

A way of Life

They say a Black Belt is a White Belt who never gave up. Some forms of Martial Arts view the Black Belt, or equivalent, as the start of a life as a martial artist. The training never ends, there is always more to learn. Being a vessel filled one must also pass on what one has learned and so the cycle continues. Martial arts is a metaphor for life.

We should view every day of our lives in a similar way. Some days we don’t feel like getting out of bed to face the day. Sometimes life smacks us around and we end the day physically and mentally exhausted and emotionally shattered. We somehow get through it “one day at a time”. Every challenge we face and get through makes us tougher and stronger.

Aim for your Black Belt, whatever it is. Know what you want to get out of life and go and get it. If you choose to take up Martial Arts, best of luck. My only regret is that I did not take it up seriously earlier and stick with it.