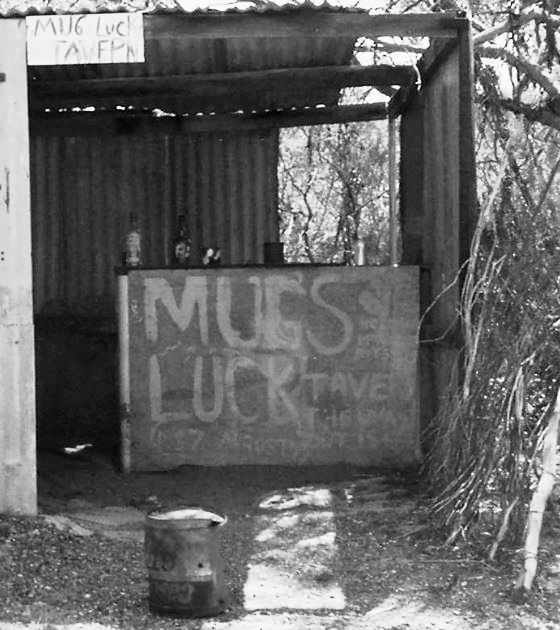 “We make our own Luck” – Obi-wan Kenobi

“No such thing as luck” – Mace Windu

The fictional Jedi believed in the will of the Force not Luck. They believed in the existence of fate however the future need not be predetermined. With free will comes the opportunity to create one’s own reality and thereby change the future. The Jedi prophesy of the coming of one who would bring balance to the Force depicts Jedi fatalism but also the power and change that one person could bring to the galaxy through the Force.

Jedi however did not place much credence on luck. They believed that luck alone can not save the day and that careful planning and completion of one’s duties mindfully ensured that desired outcomes were more probable.

Anakin Skywalker grew up in the chaotic and lawless environment of Tatooine. Luck would have been a big part of surviving day to day in an environment where if Tusken Raiders did not get you, the Desert would. Existence on Tatooine was akin to the Wild West frontier;  Criminal gangs, Bounty Hunters, Mercenaries, Smugglers and Slave Traders and corrupt Merchants ruled while moisture farmers egged out a living from the terrain and tried to keep out of trouble and stay alive. Anakin depended on luck to survive. Much later as a Jedi Knight his penchant for dicing with chance continued.

“Luck of the Irish”

I used to joke that I had the “Luck of the Irish” due to the fact that I had survived many years of drunken misadventures. Fortune had smiled on me; I had not been killed or badly busted up in a fight, blown up or shot, hit by a car, mauled by a Bull in Pamplona or suffered a loss of limb in an industrial accident (although all of these things I had narrowly avoided). I still had most of my teeth, a straight nose, few physical scars and all my faculties and pieces in place. On most nights I could still drink most under the table and my liver had held up to the task. I was thumbing my nose to fate and claiming “luck” was on my side.

An honest gambler will tell you that eventually luck runs out. I had seen my gambling addicted father lose his pay month after month and still be believed that his “day would come”. It never did and he died a broke and broken man many years later.

My day however did come but not the way I expected.  In the span of a few years there were  stints in the Brig, a court martial and dishonorable discharge, run ins with the law, failed relationships, lost jobs, ailing health and a hospital admission in addition to everyday “bad luck”. These were just preludes to the eventual spiral to rock bottom.

I cursed whatever luck I had and damned God for dealing me a poor hand. I believed my “Irish Luck” had abandoned me or become “Mr Murphy”. I never once paused to think that perhaps I had made my own bad luck.

Living in sober reality is accepting that some things go well and others don’t. We cannot control every single aspect of our lives or expect that things will turn out the way we want. What I have learned is it is not so much what happens to me but how I deal with it that matters.

I can view a bad turn of events as a loss or I can view it as an opportunity. If I did everything I could and things still didn’t turn out the way I planned I accepted that, picked up the pieces, salvaged what I could and went back to the drawing board or moved on.

The Stoics believed in the concept of “reverse clause” to deal with obstacles. The “reverse clause” is a back up option; it is the next best thing. In some cases it is the best thing. The treatment is entirely mental as at the end of the day all we have is our minds and the free will to choose how to respond to obstacles and misfortune. As an example if I’m on my way to the airport to catch a plane home and a traffic jam impedes my progress I can only do my best to find an alternate route. If I miss the plane, I don’t bemoan it as “bad luck” and get angry. I turn around and make the best of the situation and try to get home the next day. That’s life.

Despite everything that ever happened to me I still believe that I am “Lucky”. I still have my health and fitness, my career is going well and my family life although turbulent at times is doing well. Looking back at the times when I wallowed deep in self pity expecting life to do me favors, I can say that at the end of the day I simply made my own “Luck”. By working the steps and being true to the principles of honesty, humility, temperance and faith things started to work out.

Things do work out

No matter what happens, fundamentally all is well. I play my part and leave it to the Force to determine the outcomes. Can you do the same or will you rely on Luck?

Very interesting. I don’t believe luck enters my vocabulary since I have been sober. I focus on action and what I can control and leave the results or outcome to the foce or HP.

True perhaps the word “Fortunate” is more applicable than “Lucky” as it applies to my life.