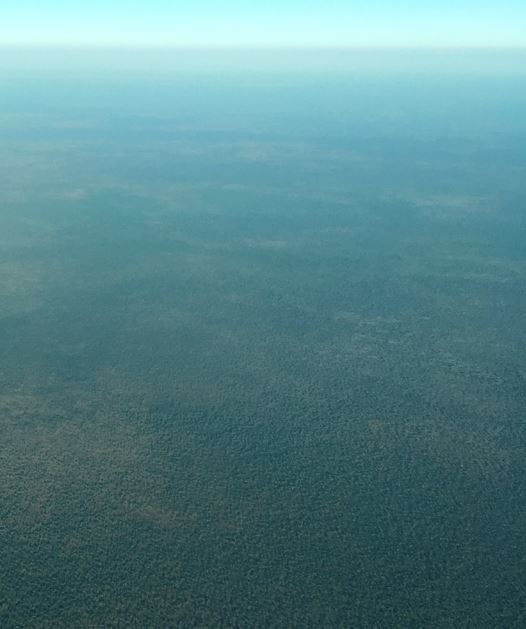 “Men are disturbed, not by things, but by the principles and notions which they form concerning things” – Epictetus (Enchiridion).

Hardship is how you perceive it.

It is never the event or thing that upsets us but rather our perception of it. The Stoics taught this very fundamental of Cognitive Behavioral Therapy more than 2000 years ago. They stumbled on a universal truth which has been highlighted by Philosophers for centuries and Psychologists for decades, that we make our own reality with our own minds.

The drama of life is often just that, a drama and as Mark Twain said “’I’ve lived through some terrible things in my life, some of which actually happened.” Viktor Frankl in “Man’s search for meaning” wrote that it was only his resolve to put his reality in to perspective that got him through three years in a Nazi Concentration Camp. Frankl refused to be mentally beaten by the Nazis. Realizing he had a choice, Frankl kept the hope alive that he would survive and see his family again and that conviction kept him alive despite the harrowing odds.

The US Airforce Pilot James Stockdale shot down over North Vietnam and imprisoned for seven years in the Hanoi Hilton where he was subjected to mental and physical torture survived his ordeal in the same way. By applying the mindset of the Stoics he was able to put his situation in to perspective and accept his condition. Stockdale resolved never to give up.

We only get upset by events or circumstance because of our perception of it rather than the reality of it. Our society today expects drama, outrage and accordingly people do not take responsibility for their actions. How you respond to any given moment in your life is entirely up to you.

The Jedi were completely eliminated as an Order in “Episode 3: The Revenge of the Sith”. Emperor Palpatine, having ascended to executive power effectively took control of the Galactic Senate and the Clone Army and ordered an immediate putsch of the Jedi under Order 66. Yoda and Obi-wan Kenobi both survived the brutal round up and execution of almost all the Jedi and escaped in to exile and hiding.

Both Jedi Masters accepted their fates but continued to struggle and work towards a re-balance of the Force knowing that in time the prophecy would be fulfilled. After having been at the very top of the Republics Elite and commanders of the most powerful force in the Galaxy, both Jedi Masters were reduced to fugitives and largely forgotten by all but the Sith. They became a rumor, a myth to all other life forms in the Galaxy.

Despite such a calamity Obi-wan Kenobi and Yoda continued to have an impact on events long after Order 66. They never gave up.

Life on the Merry Go Round

My life was run by complications and drama for decades. I blamed everyone but myself for my predicaments real and imagined. My stupid mistakes alienated friends, family and colleagues and over the years I found people leaving my life. Relationships crumbled or became toxic. I could not hold down a job for long without screwing things up because of my drinking, selfishness, obstinacy and lying. Seeking a “Geographical Solution”, I moved around a lot. From state to state, overseas, anywhere as far as I could to get away from myself.

I would think that if I could move and set myself up somewhere and find like minded people all would go well but I failed to realize that everywhere I went, there I was and over time I would repeat the cycle of a positive start, a slow descent to disillusionment and finally disgrace and an exit. I refused to apologize for my actions or recognize that I was largely to blame for all the dramas in my life.

None of it was reality, it was simply my alcoholic personality finding fault where there was none and managing to take a situation that was in control and messing it up sometimes in a pathetic and sometimes in a hilariously comical fashion. I was on a Merry-Go ride I could not get off.

As I began recovery I underwent a shift in perspective and started to closely analyze where I had gone wrong in all my of failed relationships, lost opportunities and mistakes. I come to realize where I had failed and where amends were needed. I listed all my errors and faults and the litany of alcohol fueled failures that spanned decades and entire continents. My sprees had had a global reach.

I got honest with myself and with others and where I could I made amends and started to view the world and my place in it in a different light. I realized that I am the author of my own story and I make choices that impact on myself and others and carry a great deal of personal responsibility for my actions. The world is not trying to beat me down and it owes me no favors especially not an apology.

Life is a struggle and that is what makes it so compelling and so beautiful at the same time. I realized that the attitude you take in to any situation largely decides the outcomes. Whether or not you will overcome difficulties or succumb to them is largely a matter of choice. Reality is simply a projection of our minds and the ego will sully our perception and force itself on to who we truly are. Once you realize that nothing can truly hurt or harm you unless you allow it to you start to claim your freedom and find your inner truth.

Gratitude is the Attitude

When things aren’t going well these days I remind myself to be grateful that I am in a position to be annoyed or frustrated. Things could always be a whole lot worse I remind myself. Everyone has bad days so I allow myself to as well. As hard as it can be sometimes, I try to consider the issue at hand mindfully and objectively.

I ask myself is what I am feeling valid, is the situation that upsets me real or an illusion? Do I have all the facts? Is my response proportionate and what is within my control to make it better? I put the event in to perspective and realize that on the balance things aren’t as bad as they might appear.

I take hope in my own recovery and see how far I have come and take inspiration from the stories of recovery from alcohol, abuse, mental and physical illness I read or hear. Not to mention the whole spectrum of tragedies and challenges that confront people every day. Things are not so bad on my side of the street.

I also realize that the common element in all of the stories of Hope and Survival is the innate human ability to find a deeper inner strength to not only overcome but to rise above loss and tragedy and emerge stronger and better.

Never ever give up.

Wow! Good one. I remember learning in college philosophy class that we are perceptions perceiving other perceptions.

I thought after completing my 4th and 5th step I would have a better perception especially if myself. Unfortunately that has not materialized but I am always grateful and know only I can change it. Journaling helps me.