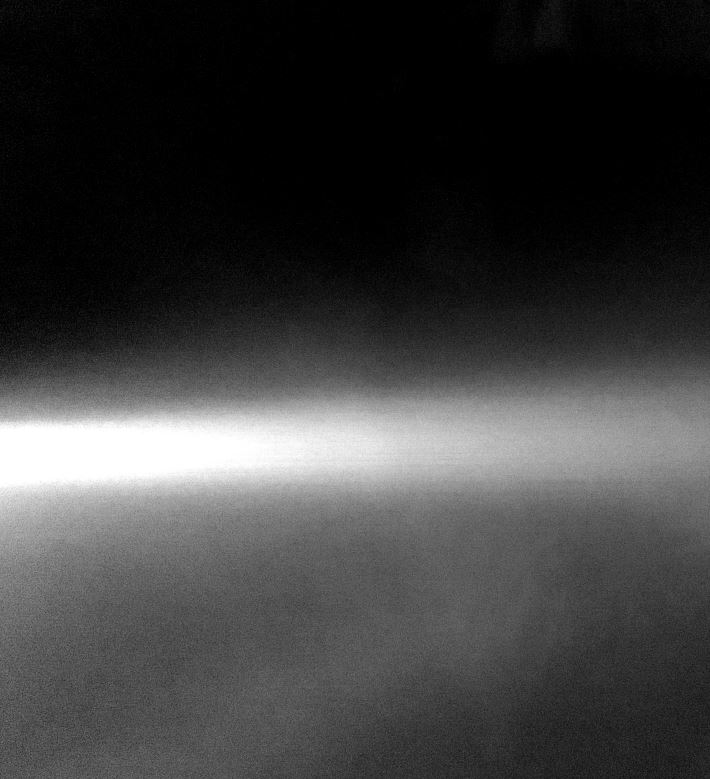 “Remember the Force will be with you always.” – Obi-Wan Kenobi

In the past I never believed in the idea of miracles. My religious instructors in school taught that miracles happened to those that deserved them. God rewarded the righteous but punished sinners. To me this sounded unfair. My mother had died for reasons I did not understand but she had been a devout Catholic.

I and my siblings were placed in an orphanage and eventually separated. Our Father was absent and probably drunk somewhere. Perhaps we were all sinners. I was never certain what we had done to deserve it. They spoke of miracles as if they were dispensed to the favored. Try as you might there was no reaching that state of perfection. In Star Wars I still found a glimmer of Hope and a spark of the Force but in time that light went out too.

“For my ally is the Force, and a powerful ally it is.” – Yoda

A few years ago I would have scoffed at the mention of miracles in any form. The metaphysical and the spiritual were for chumps. They were cop outs for people who were too afraid to throw their lot in with one deity or another.  The only spirit I needed was in a bottle. A miracle was to be still standing at the end of a big night. I pinned providence on fortune and luck. Both seemed scarcer than real miracles.

If there was a Divine source in the Universe I was not part of his plan. A part of me suspected that there might be something. This I put down to the residue of a religious upbringing and perhaps wishful thinking. As a child I had prayed for miracles they had never happened. My ideas were firmly planted in reason based on a faith in science and all the obstinate arrogance of a self proclaimed agnostic. I flipped the bird at religion but avoided the unrelenting dogma of new atheism in the fear that they might be wrong. I settled on something that was loosely “F##K It” and nihilist in view. Whatever justified my current lifestyle was fine.

Religion and goodwill was to be taken advantage of. Miracles could be things we got out of people. My Father cheated the Salvation Army and other charitable organizations out of food stamps and money for years. It all ended up on booze or on horses. I watched and learned. Yes, one could make small miracles happen. Things could appear out of nothing. You just have to take them.

In Israel I even tried convincing a Rabbi that I wanted to convert on spiritual grounds only to be laughed at and told my true motive for conversion was to remain in Israel. He had a point, I did enjoy the laid back hedonistic lifestyle of booze, drugs and sex on a Kibbutz.

“Few people really are (Atheist) , for that means blind faith in the strange proposition that this universe originated in a cipher and aimlessly rushes nowhere.” – Alcoholics Anonymous p10

The Miracle of Faith

Living in recovery has taught me that every day miracles do exist. I think I am a proof that miracles do happen, even to reformed dirt bags like me. If I could count the number of reasons why I should not be here writing this it would convince even the most ardent skeptic.

Miracles need not be resounding symbolic miracles of the basket of never ending bread and fish variety. I have never seen the blind or lame healed by divine faith alone. There has never been a man walk on water or float on air in my experience. I have some seen some very weird and inexplicable things in my time but nothing like that.

My recovery and change in life since becoming sober to me is however a type of miracle. I look in the mirror and I see a miracle. Look at the sky, the tree standing in the back yard, the person in front of me. They are all miracles. The guy at a meeting who was ready to take his own life and is now recovered and happy and helping others is a miracle. This very existence, an accident of chance or a played out destiny, is all part of the miracle of creation. Love is testament to the existence of miracles.

“But I think the real miracle is not to walk either on water or in thin air, but to walk on earth. Every day we are engaged in a miracle which we don’t even recognize. A blue sky, white clouds, green leaves, the black curious eyes of a child, our own two eyes. All is a miracle.”-  Thich Nhat Hanh

Every day is a witness to the miracle of life. We reside on a planet on the edge of a vast galaxy amidst billions of star systems and countless worlds. Our galaxy is one of billion of other galaxies within the known universe.

Cosmologists believe that an infinite number of universes exist. Mathematical evidence supports it. Dimensions and parallel universes that we are completely unaware of are before us. Time moves in a linear trajectory in our perception yet at the speed of light and quantum level becomes distorted and illogical.An electron can exist in two different places in the universe at the same time. Matter can move in time and space in ways that defy normal laws.

Our very physical existence is an illusion for we are essentially comprised of nothing. The atoms that make up all matter are nothing more than magnetic forces surrounding nuclei of mass which contains an incredible energy potential.  When I touch another I am touching empty space.  Yet we are connected to every other atom in the universe.

“It’s (The Force) an energy field created by all living things. It surrounds us and penetrates us; it binds the galaxy together.” – Obi-Wan Kenobi

Those atoms form into complex relationships with others, more in number than the stars in the galaxy to form a human form. Within that form resides a consciousness able to define itself and peer to the stars and ponder its origin. Tell me that is not a miracle.

I know a lot of scientists, some are atheists but all agree in the incredible complexity and order of the universe. It appears in mathematical computations and scientific observation.  They also agree that as we reach beyond the frontiers of our knowledge we seem to be approaching a nexus. That point is where the spiritual and the scientific begin to reconcile and meet. If humanity can work towards the common good and avoid self destructing, we may reach that point and realize who we truly are and where we are going. We still know so little.

“We realize we know only a little. God will constantly disclose more to you and to us.” – Alcoholics Anonymous p. 164

I don’t know what God is or even if one exists, at least in the conventional sense. For years I had doubted the existence of any type of Higher Power that could not be empirically defined by science and quantified. I scoffed at the mention of the metaphysical or the spiritual. Now I believe that there is a Higher Power in my life. We each define our own Higher Power. There is no right or wrong. Within each of us resides a power that is greater than ourselves. I choose to call that Higher Power, the Force.  There is no need to define it or explain it; I simply accept that it is and that it is with me always.

“Close your eyes. Feel it. The light…it’s always been there. It will guide you.” – Maz Kanata

“If you knew who walks beside you on the way that you have chosen, fear would be impossible.” – ACIM