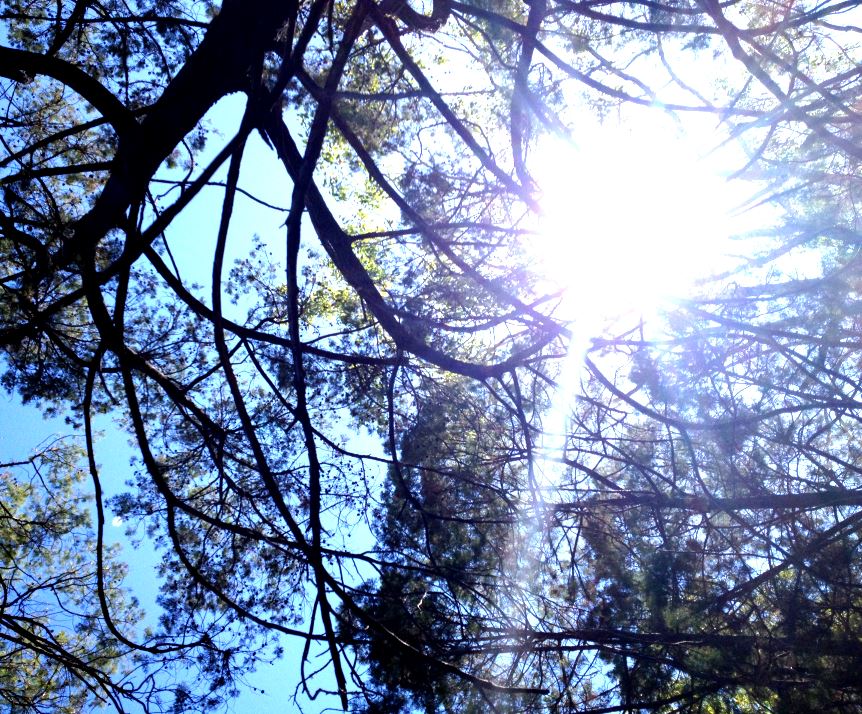 Jedi, in general, are individuals who are strong with the Force. The Force is with them. However, the Jedi believe that the Force is extra strong in certain Jedi, much more so than in others.

Have you ever met or known anyone who gave off a real energy? You could almost sense them as they walked in to the room. They seemed to have an aura, a presence about them which was tangible and powerful. Some people call it chi, prana or chakra energy. A strong vibrational energy seems to reside within these people, it is almost electric. Regardless whether there is some esoteric source of that energy, it is undeniable. I can think of recent great leaders who had a certain energy that drew people to them; Nelson Mandela, Barack Obama and Apple CEO Steve Jobs to name three. The Dalai Lama and Pope Francis also both have a strong human presence that lifts people and gives hope.

There is no doubt that one persons aura will differ to another persons. You can almost sense when someone close to you has low or high energy. A complete stranger passing in the street can give off a strong positive or a negative energy. You instinctively know when to avoid eye contact or cross over to the other side of the street. We sense “gut feel”, intuition, instinct, whatever you want to call it.  I believe when I was drinking my inner energy was extremely low, much lower than it is now. It’s not just appearance, there is something deeper than that, an aura.

Do people have an intrinsic energy field that envelopes them and flows within them along the chakras of the body? Is it the Force? Does the statement hold validity that some people are stronger with the Force than others? Do I need to be strong in the Force to call myself a Jedi? Can I cultivate my Force strong enough to be able to perform telekinesis, telepathy and foresight?

Having a “Force potential” was a requisite attribute for entry in to the Jedi Order in the Star Wars fiction. Jedi Knights were constantly scouting the galaxy for force sensitive children to recruit to the order. They became a type of Galactic Janissary. Often reluctantly they were given up by parents and removed from their home worlds. Younglings were taken to Coruscant to learn the ways of the Force. Qui-Gon Jinn found Anakin on Tatooine and realized the boys Force potential immediately. Obi-Wan Kenobi, Qui-Gon Jinn and Yoda were all able to achieve immortality by unifying their consciousness with the Force. The Force was stronger in them than in other Jedi.

But what about people? What about the you and me?

Not long ago people were talking about Indigo Children. There was a belief that children born in this millennium might have stronger intelligence, intuition and psychic powers than previous generations. They would be more sensitive to the omnipresent spiritual energy pervading all. New age sites proclaimed that these children would herald in a new age of enlightenment. I will keep an open mind but I am yet to see evidence that the “iGeneration” is much different to Generation Y or Gen X other than an unhealthy relationship with mobile devices. This may seem cynical but where are the Indigo children now?

Some people have extremely strong intuition. People can sense things, some more than others. Some people can sense when something bad has happened or is about to happen. They can feel “a disturbance in the Force”. Others seem to have a power of precognition of future events either in visions or in dreams.

I accept that there are many things which cannot be explained by science, at least not yet. There are people out there who have a gift that goes beyond a simple demanding presence or charisma, these people are psychic. People I know are like that and believe it or not it’s just one of those things they got without asking for it. There is no big deal about it, they just deal with it, good or bad.

A few years ago I went to a public event held by a well known Medium. I was skeptical but my wife dragged me along because there were things going on in our house that seemed odd. She was convinced that we had a Haunting and wanted it to stop. Despite attempts to dismiss the “disturbances” or explain them in rational terms I had to admit much of it could not be explained.  I could no longer deny it. I recalled my time in Africa, the superstitions of the locals which I had ignored despite witnessing things that could not be easily explained. It was like jumping down the rabbit hole of the unknown, nothing made sense. Perhaps this famous Medium could provide answers. Reluctantly I agreed and bought tickets to the sell out event.

About 20 minutes in to the session the Medium looked our way and asked me if I knew a person by a certain name. I replied that I did and shifted in my chair uncomfortably looking for a place to hide as 300 pairs of eyes fell on me. The Medium then proceeded to tell me all about this person, my dead family members, events in my past that no one knew about and long held fears and doubts that had plagued me for life. In a not too subtle way he warned me about alcohol and said “you are perched on a wall and about to fall off”.  I listened with mute shock trying to understand how this was possible.

The Medium told me that I had come there today skeptical about the whole thing. I was there about “disturbances” in my house and told me what they were, who was causing them and when they would stop. He was 100% right about everything. Then he passed over me like a cloud and fell on to someone else in the crowd.

Two hours later I was sitting in the car still stunned by what had happened and trying to figure it out. Was my wife pulling some sort of twisted joke on me through some sort of elaborate set up? No, the Medium had said things she didn’t know about and had floored her with some statements about her family. Then it hit me, the simplest explanation was that this normal looking guy in a T-shirt and pair of jeans could talk to spirits. He was simply a Medium, someone sensitive enough to channel messages from the other side. The realization changed everything about the way I view the world and reality. About a week later I fell off the perch and started the descent in to another dimension of alcoholism. Everything that the Medium said would happen, happened.

Seven years later and I have been sober for five years. I remember the disturbances in my home very well. If anything I had chosen to ignore them because I could not bear to accept a possibility that challenged my views. In sobriety I feel more in tune to my surroundings than ever before. Meditation provides further clarity. I can’t use Force powers to move objects but with exercise and martial arts training I find myself able to do things I thought were confined to a much younger version of myself. There is a burning life force in me now that was dim a few years ago.  Is this the “Force” though?

Perhaps being strong with the Force is like being psychic, you just have it like other people are naturally talented with music or maths. Think Mozart and Einstein. Does a “Force potential” reside only within a small percentage of the population or is it something that all people have but few ever come to realize? My feeling is that it is the latter. We are all born with “psychic” ability, we all carry the Force. Some of us are better at expressing it than others. Most people unconsciously suppress the abilities described in the “Indigo Children”. If it resides within us, hidden or latent then we have the ability to awaken the Force within. The choice is whether we want to and how we decide to harness the Force.

Sometimes things still happen in the house which more annoy us than worry us. There is an energy which is hard to define but it is there. Someone explained that people with strong intuitions are sensitive to psychic activity. I don’t know if I’m Force sensitive or whether I’ll be able to use the Force like a Jedi out the movies. I’m keeping an open mind. Fortunately an open mind is a great asset to have when one is recovering. Recovery has taught me one important lesson, the Force is definitely with me. I have no doubt about that.