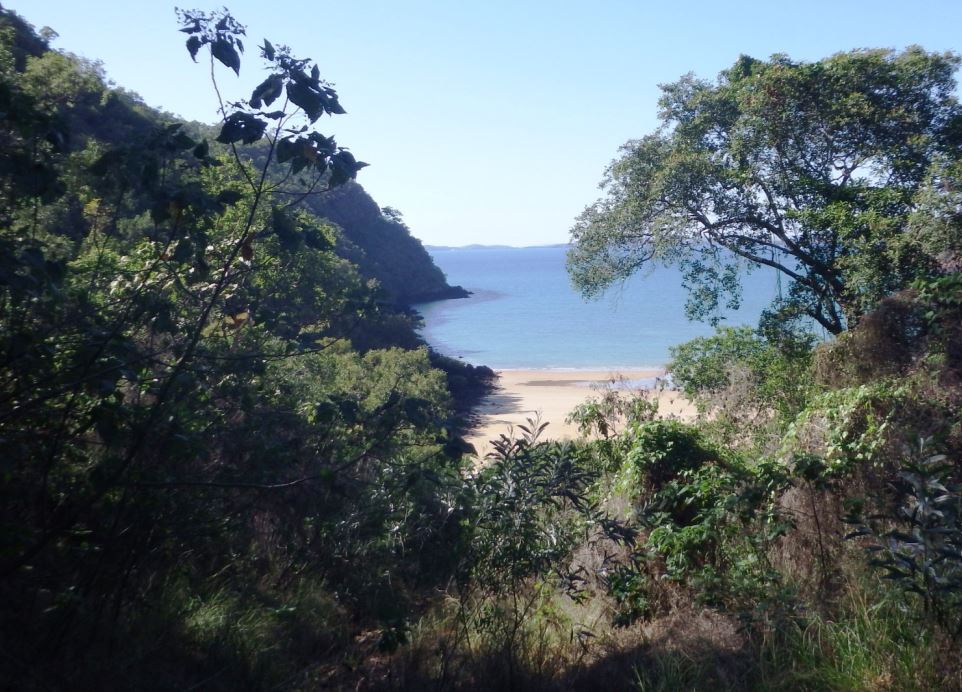 The Forest for the Trees

Have you ever looked at an image and then zoomed right in? As the image is magnified focus is shifted to the part of the image being magnified. We magnify further and the periphery of the image moves out of view. Eventually the image becomes a single pixel of either red, blue or green in a sea of similar pixels that differ only in color and tone. Zoom out and the image starts to reveal itself until it’s full extent is revealed in complete clarity.

“Whenever you want to talk about people, it’s best to take a bird’s eye view” – Marcus Aurelius

We all know that digital images are comprised of millions of pixels. Likewise a view of the Earth from our level on the surface is far different from a view from space. Down here we can discern individual trees in a forest. Looking down from the international space station we would see a patch of green that would indicate a forest. From orbit the world looks peaceful and serene and at ground it is chaos. A sense of perspective is important if we want to get the detail as well as the big picture.

Our lives also require perspective. We need to be able to see the big picture outside of ourselves as well as our immediate view and inner self (intuition). Often we are satisfied with what we see and we don’t dig any deeper and we don’t take an overview of all aspects of a particular issue. The result is we end up missing vital information and we fail to see the interrelationships between one thing to another. We miss out on important facts and lose perspective. Decisions are made on incomplete information and conclusions are drawn on inaccurate or false information. We think we have all the answers but in fact we don’t. This can lead to trouble.

One of the jobs of a leader is to take a broad as well as narrow view. As an Infantry Grunt I was often oblivious of the “big picture”. When decisions were made at the higher echelons and passed down they rarely, if ever, came with a rationale or a detailed explanation. The expectation was that we followed orders and did not question them. Information was “need to know”. Most people are happy with a narrow perspective and being given screened, drip fed information that is limited in nature. I resented it and failed to understand that I was only told what I needed to know and for my own good. My job was to do my job and pay attention to detail. The brass had their job cut out trying to coordinate their responsibilities within a far bigger picture than I was aware of. As I learned my job and gained responsibility the “unknown, unknowns” became smaller.

The “Big Picture” is the tool George Lucas used in his construction of the Star Wars saga. Each of the movies offers pieces of a jigsaw puzzle that only provide a glimpse of the whole story. As the saga unfolds, more pieces are added to the puzzle and a picture begins to emerge.

The story of how and why Anakin became Darth Vader became apparent slowly over the prequels. The insidious corruption of the Republic from within and the rise of the Sith and the fall of the Jedi at the end of the Clone Wars was also fully revealed in the prequels and the “Clone Wars” series. The truth of Luke Skywalker and Princess Leia became apparent over a period of 8 years that the original trilogy took to run from the opening scene to the final credits.

The whole story is a series of fragments told from different perspectives stitched together. The story continues to unfold; who is Rey? What’s with Luke? Kylo Ren? When all the fragments have been gathered the Big Picture will come in to view. Hidden answer will be revealed.

The problem with many people, including alcoholics, is they lack perspective and are incapable of appreciating the “Big Picture” and they often miss the detail too. Being selfish and self indulgent creates a narrow egocentric view of life. Everything is about “me, me and me” and what is good for “me”. We fail to consider the consequences of our actions, words and thoughts and only see the immediate benefit that is imagined but often fails to materialize. For example, a person can decide to stop at a bar after work in order to unwind, a drink is ordered and then another. Eventually the person staggers out of the bar and steps in to his car. Driving home he fails to see a Stop sign and drives through it hitting another car.

The consequence of this event are lives destroyed, homes up turned, years in jail and decades of sadness and regret. The sequence of events leading to that point are the detail, the “Big Picture” is the outcome; the dozens of people affected and the lives ruined by one stupid mistake. There is no turning the clock back.

What’s the excuse, the reason for this tragedy? For addicts, where there is a compelling need everything else fades in to the background and all focus is placed on that one thing. The main focus when urges occur is satisfying that craving. Nothing else matters. Things like personal safety and the safety of others no longer matter. We lose our inner compass and perspective. There is no excuse, just bad decisions.

“No body does wrong willingly” – Socrates

Putting it into Perspective

Alcoholics are sensitive people and our egos are easily hurt. If there is a problem at work or at home we obsess about it and let it ruin our day and possibly the week. It might have been a minor slight or a misunderstanding but the immediate reaction was to narrow everything in life to that one thing. Anger, resentment and bitterness would cloud our view. The solution may have been in front of us or the whole thing may have been a product of imagination, but it did not matter. Being able to put things in to perspective would have spared a lot of heart break.

These days I have the benefit of perspective and a rational mind. Getting an appreciation of the finer details within the context of a bigger picture allows better informed decisions and opinions to be made. Sometimes it takes the ability to look at things from above and outside of one’s self as well as using one’s inner compass to guide us. Consider the world without a lens filter on. Once we remove the ego and our personal biases from a view the perspective changes and we start to see things clearly and more in focus. Being able to be a “Big Picture” thinker is  a skill and an asset but we should also be able to be detail orientated as well. It really is just applying mindfulness in to our lives.

“Let us, to the end, dare to do our duty as we understand it” – Lincoln

Seeing the Big Picture allows us to see what is really at stake and to understand the interrelationships between us and the rest of the world. Having an expanded perspective helps us to understand other people better and empathize with their problems. A global view makes us more aware of the environment and concerned for nature. We become more aware of the world and can take the view that when things don’t go well for us we still have a lot to be grateful for. Being able to switch our focus to the detail when needed allows us to gather facts and information we need to be able to live skillfully. We insist on facts but we don’t lose the ability to use our intuition when it is required.

“And the whole world is a mere speck” – Marcus Aurelius

We should always ask ourselves to look inward, outward and above when we deal with life’s challenges. Looking at it from different angles. Put yourself above the issue. Ask yourself what is the real issue here? Why do I feel this way? Will it matter in an hour or day from now? Is it that important or worth stressing over? What if I just accept that? Rather than being swept away by drama, life can be worn like a loose garment. We can view each moment mindfully by taking the time to notice the finer details while also being able to look down on our own lives from a high vantage point. The Big Picture often reveals life as it really is, we just need to be able to allow ourselves to shift our perspective to bring it in to focus.