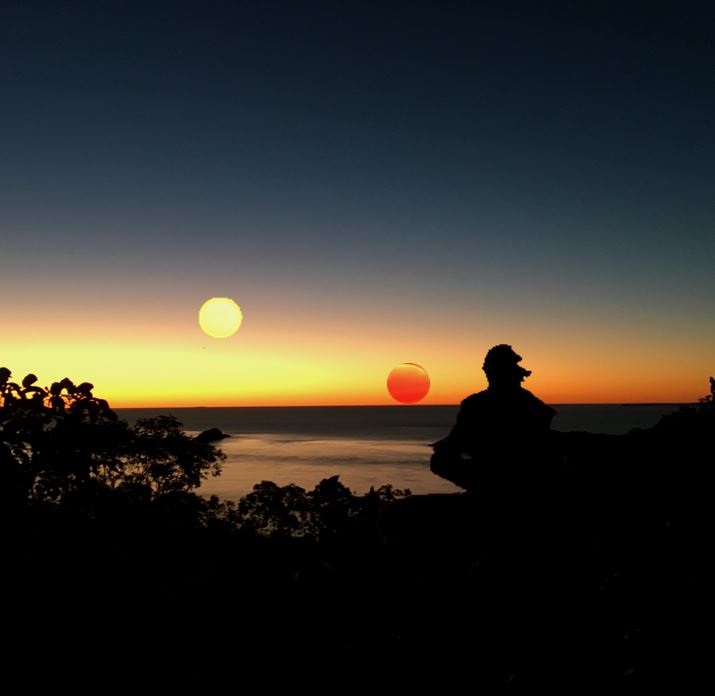 “There is no Emotion; there is Peace” – Jedi Code

“He who seeks to control fate shall never find peace.” – Ghosts of Mortis (The Clone Wars)

The underlying message of the mantra “There is no Emotion; there is Peace” is Equanimity. Emotion is a part of being human and to fully experience life one must embrace the full spectrum of emotions whether perceived as negative or positive.

The Buddha said that in life “there will be 10,000 joys and 10,000 sorrows”, that everything in life is essentially impermanent and transient. To grasp to anything, to build attachment, leads only to suffering. This includes emotions.

Equanimity is being able to experience emotions fully but without forming attachment to them. Without giving emotions free rein we can experience acceptance and peace.

In order to achieve deep inner peace one must be able to allow emotions to be as they are. To fight emotions such as fear, anger or grief is to give it life. What you resist persists. By being able to observe our emotional state, being aware of it and not letting it dominate our lives or dictate how we react to situations is the key to achieving inner peace.

The image of a Jedi calm in the face of adversity and completely at peace as a storm of fear and violence rages around him is in essence what this line teaches us. Think of Qui-Gon Jinn facing Darth Maul in the final scenes of the “Phantom Menace”. Before the duel Qui-Gon Jinn meditates despite the danger he faces and finds inner peace. Decades later when Obi-Wan Kenobi met his former friend and apprentice on the Death Star he also confronted the peril with equanimity.

Right now the world faces peril in the form of a pandemic. There has been nothing like it for over a hundred years. How this one will play out no one really knows and much of it depends on the actions that each individual takes in the face of this global threat.

No one is immune and everyone will be affected in some way. It is a reminder that we live in a global community. The most unremarkable acts, far away, can have profound consequences for all.

Will you face the peril with fear, anger and denial? Will you act irrationally and irresponsibly or will you find calm and peace amidst the calamity? Jedi Training prepares us for times such as these so that we can face them with equanimity. We accept that it is happening, we respond rationally and use self discipline to do what is expected of us without complaint.

Recovery means practicing our principles every day, not just when things are going well.

Use these times and every challenge you face to practice your principles. Embrace emotions as the divine gift that they are, but don’t let them rule you. Don’t give in to fear. Be “calm, at peace, passive”. 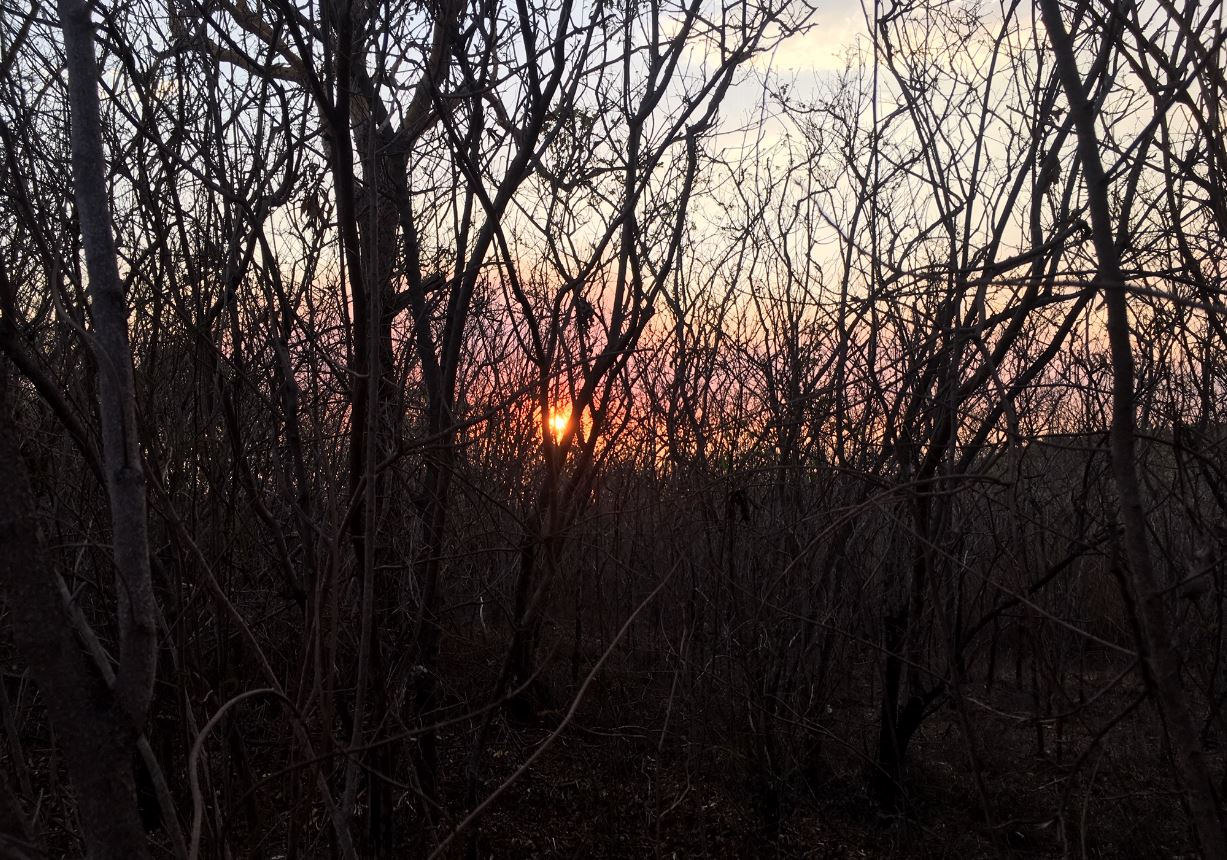 “Patience. They’ll be here in a moment. You seem a bit on edge.” – Obi-Wan Kenobi

“There’s a good chance we’re about to destroy all life on this planet, including ours, and the senator’s. So yes, I’m a little on edge. Why aren’t you?” – Anakin Skywalker

The Blue Shadow Virus was a biological weapon that was developed by a mad scientist in the employ of the Separatist confederacy for use in the Clone Wars. The strain of virus was extremely deadly and quickly killed any living thing it encountered. As a result the Republic treated the virus very seriously and mobilised the Jedi to counter and eliminate the threat at all costs.

Obi-Wan Kenobi and Anakin Skywalker were sent to Naboo to deal with the threat and succeeded however some of the virus was released in an underground laboratory infecting Ahsoka Tano, Padmé Amidala and several Clone Troopers. The race was on to find a cure. At the outset Obi-Wan Kenobi kept his calm while Anakin fearing for the safety of Padmé and his Padawan,  panicked.  The two characters reactions to the Blue Shadow virus typified human nature when presented with a crisis.

Two days ago I observed a type of panic which would not have been so unusual if it had not involved people frantically buying rolls of toilet paper in bulk quantities. There was something hilarious but also deeply disconcerting about it. Adults were fighting over large packets of toilet roll and filling their shopping trolleys until the bundles started to topple out in a mad confusion of toilet paper. A roll that had escaped from its packaging unwound itself down an aisle, disappearing under a shelving rack. The sight was comical yet bizarre. What struck me about this scene was the symbolism and my own creeping panic which I struggled to suppress.

Three ply scented toilet paper is the mark of an advanced industrial society seemingly under threat. Fifty years ago it was seen as a luxury, whereas today it is seen as the symbol of human dependence on what is safe, familiar and expedient. What I was observing in that store was a type of mass irrational fear in action. Fear for the safety of ourselves and those close to us can drive us to desperate, even insane measures. My mind began to race, should I grab as many rolls as I could before the last one vanished from the supermarket aisles forever? I suddenly realised, this was the type of moral panic Douglas Adams would’ve parodied, holding a mirror up to society. Obi-Wan’s words came in my head and my inner Jedi was restored. Things returned to their normal perspective. The melee over toilet paper continued behind me as I walked away.

Over the next 48 hours approximately 3,000 people died of cancer in the US alone. Another 17,000 mostly children had died of malnutrition worldwide. Malaria had killed 2,400 people and the common flu had taken the lives of over 2,000 worldwide without counting the new strain of coronavirus.

Two days later I am at work and the company has admitted that the economic implications of the coronavirus outbreak may end up costing us jobs. The reason? Market jitters and falling share prices due to lowered confidence and trading panic at the stock exchange. Commodity prices are beginning to falter. Fear and moral panic were to blame, not sick and dying people affected by a virus from China which had gripped the headlines and people’s minds since the beginning of the year. I don’t know how I will cope when its time to let people go because the business is no longer profitable.

Fear of the unknown can be crippling. When the unknown is invisible the fear is compounded. Ignorance is the ultimate multiplier as it always has been. The natural reaction is to imagine the worst possible outcomes which often leads to actions that make the situation worse not better. Irrational fear seems to be commonplace today. Moral panic pervades societal reactions to threats, real and imagined. We are driven to fear by our exposure to news headlines, instant messaging and social media posts. The source of our anxieties has evolved but the mechanics have remained unchanged. Humans remain a species that lives in perpetual fear of shadows and the dark imaginings of things beyond the recesses of our mind.

Being alcoholic I am still prone to catastrophic thinking and reacting without thinking things through. My decisions can be driven by emotions not reason. I awake at night from dreams that stir my anxiety. News reports will trigger an adrenal response. I will in turn be angry then fearful at something which I have no control over. During my years of active drinking I would rush out and stockpile booze not toilet paper when beset with moral panic. I came in to recovery recognising that this sort of reaction to the world was a mere symptom of the insanity of alcoholism.

Disproportionate response and irrationality is really just another way of saying we can’t handle what we can’t control. I do not belittle people who feel the compulsion to stockpile sanitary products when the world seems to be falling apart, I feel sorry for them. The behaviour is obviously a reaction to a deep seated fear of the unknown and impending change. Rather than sit around and do nothing, they observe what others are doing and mimic that behaviour. If people are stockpiling food or toilet paper, so will they. If people start to panic and loot they will likely follow suit.

No one can say where the current pandemic sweeping the world will lead. We can imagine that it could be as bad as the Spanish Influenza epidemic of 1918. The virus spread to all corners of the world and killed more people in a single year than died during the First World War. I somehow doubt it will come to that, we live in different times. At the time of writing less than 100,000 people have been infected although the number of unreported cases is likely far higher, the world is not falling apart, not yet at least. Compared to the Blue Shadow Virus, SARs COVID-19 appears like a particularly nasty strain of the flu, not an existential threat that will kill everything it touches.

Obi-Wan Kenobi and Ahsoka Tano were able to retain their composure and focus on the things they could control when confronted with the deadly threat of the Blue Shadow Virus. When Padmé was infected she showed true courage, dignity and decorum in knowing that she would die and remain entombed forever in isolation to prevent the disease breaking out. Anakin Skywalker had surrendered to panic and was quickly bought back to his right mind by Kenobi before he reacted impulsively and put more lives at risk. At the last moment the threat was contained by clear thinking and a vaccine appeared saving the galaxy.

None of this is to say that the coronavirus is not serious. There is no intent to try to diminish the pain and anguish that people have experienced at the loss of loved ones. It may turn out to be very bad with millions of fatalities. Conversely it could be resolved within months. Humans are resilient and reason can prevail. Fear and panic will not resolve the issue or make it better it will only make it worse.

Keep it simple. One day at a time. Inform yourself from reliable sources, not click bait and rumour. Wash your hands and maintain good hygiene. Exercise normal every day caution. Focus on the things you can control which are ultimately your own impressions, choices and actions. 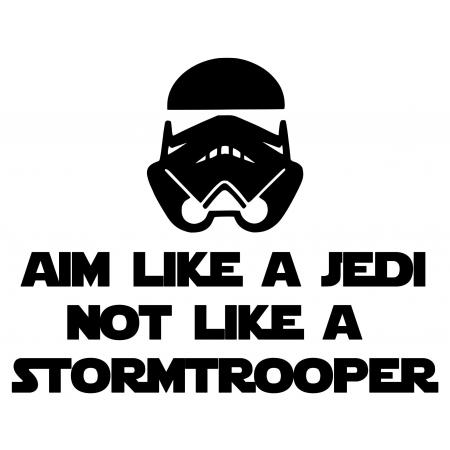