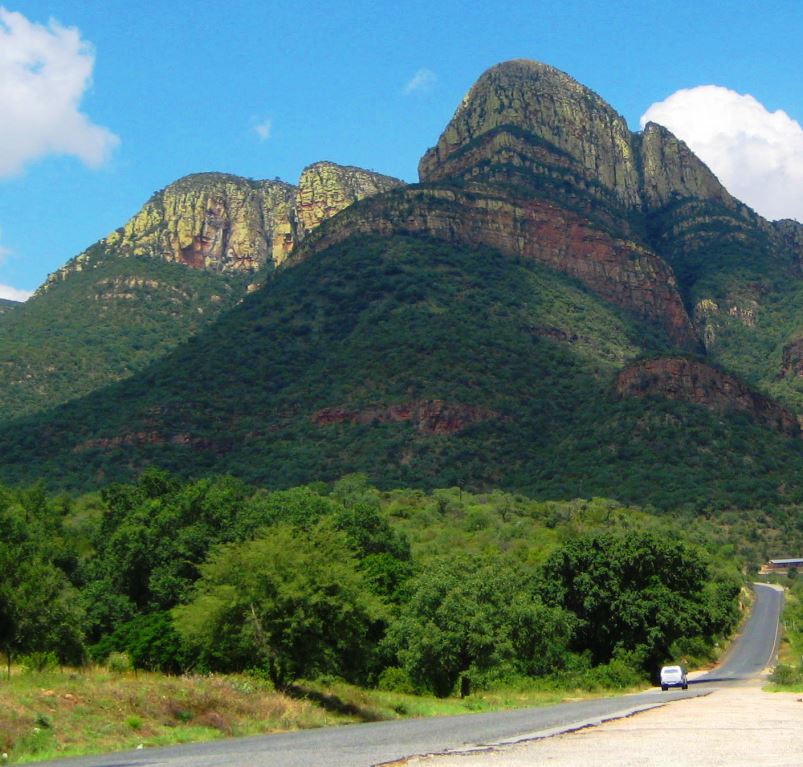 In War the advantage of the high ground is constantly sought out. Seizing and holding high ground is often critical in a military campaign. One only needs to look to history to show how choosing to defend a higher position has resulted in a decisive victory. Federal forces under General Meade defeated the Confederacy at Gettysburg by holding the high ground. Napoleon was able to defeat the Prussians at Jena by attacking in flanking maneuver from a higher position.

The advantage gave both Meade and Napoleon a better view of the battlefield and further reach for their artillery, it also made life harder for the enemy. The Vietminh were able to over run the besieged garrison at Diem Bien Phu during the Indochina War by attacking from and holding the mountains that surrounded the valley in which the French were “ensconced” and subjected to months of withering assaults until they cracked. The Mujahideen in Afghanistan managed to wage a war against the Soviets and Afghan national army by drawing them in to the mountains where they held the advantage with guerrilla tactics and American weapons. The contemporary version of the Mujahideen, the Taliban, today uses the same tactics against their former allies, the Americans.

“Camp in high places, facing the sun. Do not climb heights in order to fight” – Sun Tzu

Sun Tzu in the Art of War advises that military commanders should always seek to use the high ground to their advantage. This ideal has come to be used not only in military planning but also in business decision making. Companies that secure the high ground in the field of innovation, use of technology and adopting modern and ethical approaches to business such as diversity, sustainability and a proactive safety culture will often hold a competitive advantage and an adaptable culture. Inflexible companies that refuse to adapt to change or are sluggish in their attempts to keep up and innovate are left behind and out competed.

Holding the high ground in a tactical sense however does not always make sense. In small units the high ground is avoided unless it is a defensive position. Normally a good commander will read the terrain and use it to the best advantage. On patrol we would often lay up on high ground at night. Before dawn we would silently break camp and withdraw to a position that offered better protection and a means of escape. The tactic also was designed to throw off an enemy planning to attack at dawn.

Patrol commanders would take in to consideration factors such as observation, concealment, and means of escape and avenues of attack; sometimes the high ground is the last place you wanted to be. The advantage of air power and use of drones however has removed some of the advantage of being a militia or guerrilla force ensconced in the mountains as the current war in Afghanistan has shown.

An often used term is “moral high ground”. In society we see it a lot in arguments. It is a weapon used by both sides of a debate. For example, both pro-life and abortion advocates believe they have a “moral high ground” on the issue of abortion. The same applies with the euthanasia and same sex marriage debate in many countries.In the military the assimilation of females in to combat roles and the acceptance of LGBT divided the population in and out of uniform. Both sides claimed the “moral high ground”.

Progressive movements will often claim the High Ground in these social issues. Very often the term “moral high ground” is also used to excuse violence or intimidation in the name of a contentious issue. Claiming the moral high ground does not mean that an argument is correct unless you are a Sophist.  It also does not justify the use of violence. Unfortunately violence is still used as the power of advantage rests with the side that holds the high ground.

Remember back to your early teachings. “All who gain power are afraid to lose it.” Even the Jedi.” – Chancellor Palpatine

A Point of View

In the Star Wars sage the Jedi often claimed the moral high ground in their campaigns both military and political. Mace Windu and Qui-Gon Jinn were often predisposed to blur the lines of ethical conduct in order to advance the cause of the Jedi. The argument often put forward by the Jedi was that the use of deception, betrayal and subterfuge was in the interests of the Republic and for the “common good”. The morality and ethics of such actions were tenuous at best. This fact was not lost on Palpatine who ironically often used and played the Jedi for his own nefarious ends.

We often hear such lines being used in the real world. Companies use it when they lay off hundreds of staff for the “common good”. When our government takes us to war they do it in the “national interest”. They use the moral high ground to place legitimacy over an irrational argument. Much later we are left wondering how it could have happened. The real question should be “what is the moral high ground”? Who defines it? Is it valid?

“Good is a point of view, Anakin. The Sith and the Jedi are similar in almost every way, including their quest for greater power.” – Chancellor Palpatine

Anakin had been in many fights over the years and many of these battles had seen him and his opponents seek to take advantage of higher positions. Whether on foot using a light sabre or in a fighter Anakin always vied to take the higher ground by out maneuvering and outwitting his opponents.

Confronting Ob-wan Kenobi on the lava flows of Mustafa, Anakin was faced with a dilemma and sought to counter it with a reckless move that almost cost him his life. Obi-wan had the high ground and offered Anakin the chance to surrender and live. Metaphorically speaking, Obi-wan also held the “moral high ground”. By confronting Anakin he was not only attempting to stop the rise of the Sith and the fall of the Jedi Order, he was also trying to save his friend. Both seemed to be noble causes in the context of what we believe. The outcome however was that Obi-wan Kenobi was unable to accomplish either of these objectives.

Taking the moral high ground has pit falls. It can blind us to the “bigger picture”. We take one view and refuse to consider alternatives or opposing arguments. Very often a deep seated “righteousness” pervades an opinion. It does not matter if it is right or wrong, true or false, the only thing that matters is that it is must prevail. Objectivity followed by honesty is often the first casualties on the fight for the “moral high ground”. Arrogance is a flaw that often develops in the belief that a view is superior to all others.

Have the high ground means being better able to view the landscape and appreciate the situation for what it is. From a higher vantage we can look down at people or we can help them up to stand beside us. The goal should not to be to hold the moral high ground in order to defeat or belittle others. The goal should be to take that person to the higher vantage point so that they can see the truth for themselves.

Being recovered means we can place a high value on sobriety and clean living. We can also value virtues in ourselves and others such as honesty, humility, benevolence and selflessness. Although we are better we do not act better than others.

Being sober does not give me the right to take a moral high ground at the expense of others especially if I consider my history. No one has the right to take a moral view and consider others lesser than themselves because they fail to make the grade. It would be wrong for me to judge an alcoholic who is desperate and hopeless; I was near enough there once myself. It may be easy to judge a homeless person pan handing in the street who looks young enough and fit enough to be working but it would be wrong. We cannot know what fate put him there. Some of us have hit the skids before and know the bite of poverty and acute apathy. A few of us have slept rough, begged for booze and money or searched for food in rubbish bins.

We should always be mindful before taking the High Ground. The fall from our lofty tower might be great when our views are laid bare as false. Having strong opinions on matters can make us feel potent and powerful but they also leave us open to scrutiny and judgment by others. When we are forced to defend our position we can find that our argument does not hold and our defenses have major weaknesses. We fight to hold the high ground and we lose ground. As our defenses crumble so do our firmly held beliefs and with them our self esteem and confidence.

“It’s over Anakin, I have the high ground” – Obi-wan Kenobi

In that dramatic scene on Mustafa, Obi-wan tells Anakin it is over. Filled with hate and rage, Anakin attempts to leap over Obi-wan and out flank him. The move is a fatal one and Obi-wan’s light sabre flashes and catches Anakin mid air amputating both his legs. Anakin rolls away and comes to rest by a lava flow his skin badly seared by the heat soon bursts in to flames. He screams in anguish, pain and rage.

In the end it did not matter who had the high ground on Mustafa. Anakin was reconstructed as Darth Vader and Darth Sidious assumed the role of Emperor. The Jedi Order was destroyed but for few survivors and a scattered rebellion emerged from the ruins of the Republic. Over the decades of war that followed both sides would claim the moral high ground in their struggle over the other. Obi-wan exiled and alone with his memories might have pondered the merit of his beliefs and questioned whether they had been firmly placed on high ground after all.

The idea of a moral high ground is based on what society values. Our parents, friends, teachers, religious instructors and leader, elected leaders and peers all help form our moral views. We hold on to them and build our fortress upon their foundation. How often do we question them, how often do we ask if they are right?

The first thing to ask is “what are my moral high grounds”. The next thing to ask is whether attaching ourselves to an inflexible view point helps or hinders our cause. Would it be better to loosen the bonds of opinion slightly and to critically assess them? Instead of focusing on the failings of others should we not be looking at our own faults? Where there is conflict and hate do we assign blame on the others only or do we also look at the part that we have played? Is there room for compromise and mediation, can common ground be found? Sometimes it can, sometimes it cannot but by engaging in dialogue there is always a chance of a spark of understanding to emerge. The only way to find out is to walk down from the high ground across no mans land and speak with the enemy. The way to peace and forgiveness may be to surrender the High Ground.

“The best conversation is rare. Society seems to have agreed to treat fictions as realities, and realities as fictions; and the simple lover of truth, especially if on very high grounds, as a religious or intellectual seeker, finds himself a stranger and alien.” – Ralph Waldo Emerson