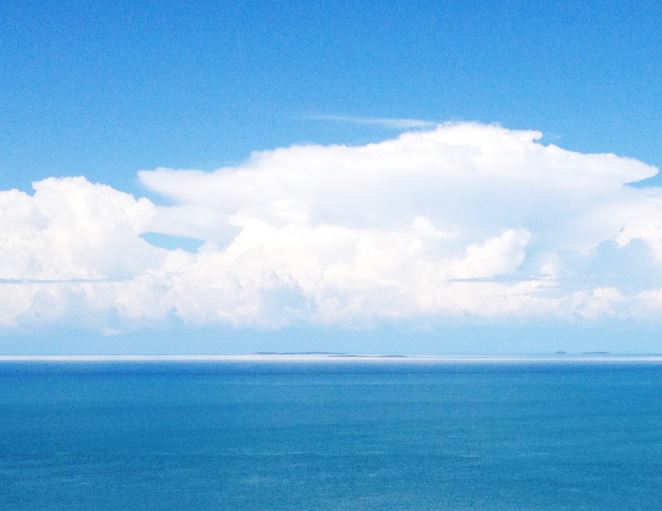 Jedi are a ‘feeling people’ and believe in using and trusting their feelings and intuition. Jedi are intuitive and are in touch with the core of their being.

A decade or more ago I took a personality evaluation test called the Myers Briggs Type Indicator (MBTI). My Employer’s HR executive had decided it would be a good idea if everyone took the test and shared with everyone else their traits. The rationale was that people are different and they react differently to things. Their personality type will determine many of the traits we observe that either inspire or annoy us.

For supervisors like myself it was explained I had to map the personalities of my subordinates in order to manage them better. If I know my tools, the psychologist explained, I can use them more effectively. The results for supervisors would also be used to help determine advancement through the ranks of the company to higher level positions.

My results were disappointing and inconsistent with the companies profile for advancement to middle management and beyond. Based on my personality type I was to advance no further than frontline supervisor. I was stuck. This was disappointing but I also felt intuitively that it was for the best. I liked being in the field, interacting with people and getting my hands dirty. The sterile world of “brown nosing” and office politics was not for me. Besides, I figured that eventually my drinking would mess things up so why climb the lofty heights only to be unceremoniously thrown back down.

What was my fatal flaw? The MBTI revealed my personality type to be INFJ. My chosen profession should have been an artist, poet, monk, philosopher, aid worker, teacher or child care worker. I was a bit shocked because I always thought I was a bit of a rough diamond he-man sort of guy. To be told I was more of a quiet “sharing and caring” kind of guy was not what I was expecting. I sought to hide the results. The lads at the pub and the guys in my Army Reserve unit must not know about this. I started to feel I didn’t know myself. I didn’t.

For years booze had obscured my true nature from myself. From the age of 18 I had tried hard to be someone else. My real personality had been eclipsed by a false persona that was not the real me. Alcohol had kept me in denial and now some psychologists test had just held up a mirror that showed me who I was beneath my fake exterior. It was a revelation but intuitively I knew I had been suppressing my true self for decades in order to be accepted. Alcoholics tend to do this and it causes an inner tension. We eventually face a psychic crisis as the real person we are catches up with us.

The MBTI test revealed that a strong “I” meant introvert. This surprised everyone as I always played the extrovert but it was show. I never felt comfortable around people or crowds. The Psychologist revealed that “I”’s have a “party going on inside” but when forced in to social situations could would tire easily. She reassured me I was no social leper, we just don’t need others to draw energy from. We get it from ourselves. “E” suck energy out of others. It sort of made sense; I had to drink to feel comfortable in a crowd.

For some reason “N” means “Intuition”. I didn’t know much about the word “Intuition” other than the racy video clip by the singer Jewel. I also thought intuition was something to do with stopping at three beers, something I was never good at so I thought my intuition must be poor. Apparently it was also off the scales. This fortunately was good, if I were a CEO, but not so good so far down the ladder. She had to interrupt me as I drifted off a bit and thought about Jewel. “Intuitors”, she told me tend to be dreamers.

“F” was for feeling. F meant I tend to listen to my heart more than my head. If I feel something is not right I’m usually on the mark. The problem of course is that emotions can get away from strong “Feelers”. Otherwise she said “F”s are sensitive to other people and can be empathetic.  I wear my heart on a sleeve is what the shrink said and I protested in indignation. This was a problem for the company as my “F” was off the charts. Being an “F” meant I was liable to have principles that would extend beyond share holder value. I could turn in to a “whistle blower” or worse, a unionist. The blood drained from my face. I started to remember the trouble I had caused in the Army because of principle and wanting to defend others. “F” meant “Fail”.

My “J” was not as strong but still significant. “J” is for Judging. Not to be confused with the judgemental type. This was a redeeming feature as it indicated I am task orientated and plan work. Unfortunately I can get so focused on one task I forget others or miss information. It seemed to me I would now spend the rest of my career doing data entry. Why couldn’t I have been an ESTJ like Darth Vader? Those guys made it far in the company. The CEO was an ESTJ.

The final report went to my boss sealing my career trajectory. I was sort of relieved but still hated myself for being an INFJ. Who should I blame? Parents, God, the English teacher who had told me to be a writer some day. I had often looked in the mirror and asked “Who am I?”, this test revealed my personality. I saw the result as a flaw not realizing it was actually a good thing. My real character flaws were obstinacy, belligerency, resentment, apathy, anger, dishonesty, self pity and selfishness all alcoholic tendencies. Not the real me.

I often wonder how the test would have gone if I had arrived at work drunk and fresh out of a Night Club. Before the morning blues and dry horrors had set in. I could have sat the test and got a completely different score. The Psychologist told me the test was very hard to fool. I have sat it several times and once got drunk and did it again trying for a different score. Every time INFJ.

These days I actually love that I am an INFJ. It makes perfect sense. The company and that job is long gone but I am still an INFJ and always will be. I know myself better than I did and to know thyself is a great thing. Whether a person can truly know themselves is a matter of opinion. We can be Jedi and go some way to trusting ourselves and being in tune with our feelings.  We can be ourselves without fear and with confidence. I will never again try to be anyone other than who I am. That’s a start.

I looked up INFJ today and found our archetype is the “Advocat” or the counsellor. We have a strong sense of morality and idealism as well as loyalty. Obi-Wan Kenobi was an INFJ as was Aragorn and Lady Galadriel of Lord of the Rings.  INFJ’s are dreamers who do. They are quiet achievers who try hard to make a positive impact on the world. They are altruistic and selfless people who fight tirelessly for what they believe is right. We are strong willed and decisive but soft spoken and caring. We are less than 1% of the world so we are truly special. Yes we have our weaknesses but then so does everyone else.

To my delight I found that Carrie Fisher, Martin Luther King, Mother Theresa and Nelson Mandela were all INFJ. I feel blessed to have that in common with these great people.

Accept who you are, be yourself. Embrace the authentic you even if you are an ESTJ like Darth Vader. MTFBWY.