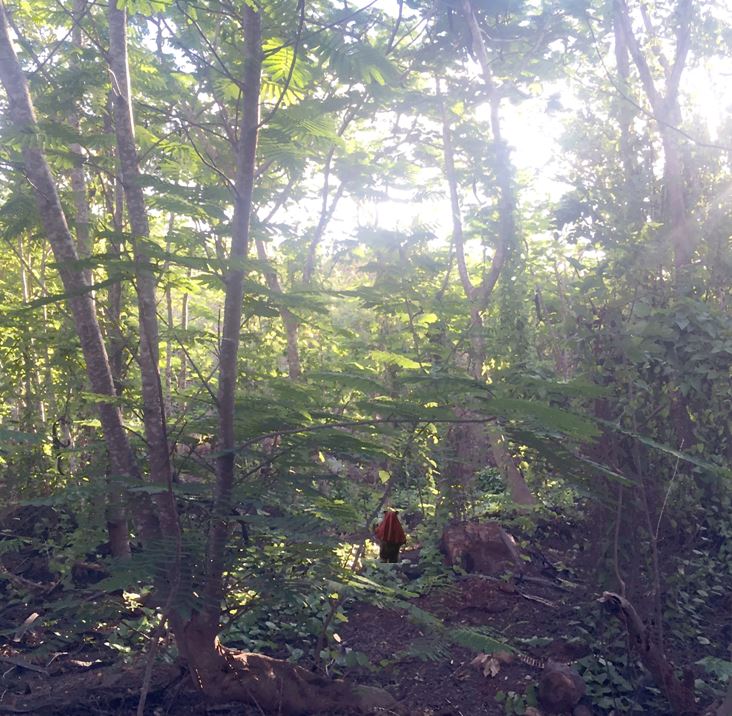 “He who surrenders hope, surrenders life.”  – “Altar of Mortis, the Clone Wars”

March heralds the return of spring in the Northern Hemisphere. Spring is a time of rebirth and renewal. Trees begin to put out new shoots. Flowers begin to emerge. The sun seems to rise from a place of exile. Snow starts to melt and the days grow steadily longer and warmer.

Since our Pagan ancestors the return of spring has been celebrated and is the most holy time in the cycle of the seasons. The sun has risen, reborn and is ascending to beat back the darkness of winter.

Spring was a celebration of renewed hope and rebirth. The vernal equinox heralded a new year in the ancient Roman calendar and still does in many cultures. Epitaphs of the Goddess of winter were burned to purge the darkness and welcome the return of the life giving Sun. People dedicated themselves to cleaning and purification, a tradition that persists to the day.

The crucifixion and resurrection of Christ is a symbol of victory of life over death and eternal hope. It is no accident that the Early Christian Romans chose spring to celebrate Easter as a time of renewal. Ostara, the ancient festival is still celebrated as the renewed promise of spring.

Life is an endless cycle that never ends. Birth eventually leads to death which is followed again by birth. Trees sprout leaves which crown the tree. Eventually the leaves brown and fall to the ground. In time so does the tree and another grows in its place. In the same way we are born, grow from children to adult, age and eventually succumb and return to the Force.

Everything is a cycle. Our planet turns on its axis as does the Galaxy. Stars explode in to life and eventually burn out. The cosmos turns in an endless arc to whatever end. One day our Universe will end and another will emerge to replace it. So is the nature of creation.

“One should count each day a separate life.” – Seneca

Recovery is like a perennial spring day. Every day is a reprieve from a nightmare. Each morning we rise to greet the new day. We put our lives in to the hands of a Higher Power and commit to another sober day.

In the day and throughout our lives we will experience hope and fear, gain and loss, praise and blame, pleasure and pain, fame and dishonor. We wake up every morning and renew ourselves.

By surrendering our problems to a Higher Power we are reborn. In the beginning it felt as if the clouds had finally parted and the sun shone through in all its splendor. My soul seemed to be bathed in a golden light. The gloom which hung over my life seemed to lift. I was filled with a sense of hope. I felt as if I could see the end of the day without a drink. Everything would be OK. Just for today and tomorrow would look after its self. Everything was going to be fine.

Every day we have the opportunity to start fresh. Yesterday is done and there is no recall on the things we said or did. Tomorrow is no guarantee. All we have is today, this now, a new day. Recovery happens in 24 hour increments then so does life if we choose to live in the Now. We can still hope for a better tomorrow if we live right by whatever Higher Power we put our faith in.

“There was never a night or a problem that could defeat sunrise or hope.” – Bernard Williams

From within the Star Wars mythology springs a tale of hope for the future against all odds. When it was originally released in the 1977 the movie was simply called “Star Wars”. George Lucas could not foresee the unbridled success of the film and had it renamed “Star Wars: A New Hope” for it’s re-release in 1981. The reason was marketing for the trilogy but the title was fitting.

“A New Hope” was chosen because the leading character, Luke Skywalker, was chosen for a greater destiny. Luke didn’t know what his purpose was and neither did audiences.

The hope for the future had been passed on to a new generation. A new star has risen and hope was renewed that the darkness which had befallen the Galaxy would be beaten back. When I saw it in 1977 as a 10 year old it also gave me hope.

A Promise of spring

Every new day is a promise. Each day is a check waiting to be honored. It is up to you how you spend it.

Every March is a reminder that light follows darkness and spring follows winter. The sun will always rise again renewing hope. All things are reborn and death is never final. Our Ancestors knew this inherently; they were part of nature and belonged to the Earth. We have lost conscious connection to the natural Force but it remains deep within us. Accept each day as a gift. Push your reset button and renew yourself. What better time to start than in the spring.

Look at this day,

For it is life,

The very life of life.

The realities and verities of existence, The bliss of growth, The splendour of action, The glory of Power.

For yesterday is but a dream,

And tomorrow is only a vision,

Makes every yesterday a dream of happiness

And every tomorrow a vision of hope.

Look well, therefore to this day.

Such is the salutation to the ever-new dawn!