Life rises from the ashes. Fire brings renewed growth and  strength. The Forest is resilient.

Voluntary Hardship is one of the ways we can build our resilience. The Stoics in Ancient Greece and Rome practiced Voluntary Hardship as a way to harden themselves to life. The practice could be as simple as missing a meal or sleeping rough. It was also about being exposed to uncomfortable situations, working with difficult and rude people and seeking out ways to test the limits of mental, emotional and physical endurance.

When I was 18 I decided to join the Army. I felt a need to test my mettle and prove myself a man. There was a need to expose myself to Voluntary Hardship in an environment where my choices were limited and I would be forced to grow. I thought that like a forest regenerating after fire I could be renewed by the furnace of the military.

“Lean into the discomfort of the work.” – Brene Brown.

Being in the Army was like jumping in to a frying pan. Joining the Infantry was like jumping from the pan and in to the fire. It was uncomfortable and harassment constant. The work was dirty and hard. The lifestyle was close to Spartan. Material possessions were few. There was a greater chance of getting injured and suffering long term pain and disability. Knees and backs were shot after years of walking long distances with heavy loads. These are some of the reasons why men (and now women) still choose to do it.

Anyone who has ever been a Grunt knows that the Infantry thrives on a blend or order with random chaos. One minute everything is quiet and calm and then without warning a hurricane in the form of a snap inspection happens. Lockers are over turned, beds and mattresses are thrown about, gear is tossed out of windows and hosed down amidst screaming and yelling.

You find yourself at three am running around outside under a flood light dazed and confused. Grunting in the cold and wet while in your underwear, getting abuse hurled at you through a megaphone, you ask yourself in wonder “I volunteered for this shit?” The Army does this for one reason, to build resilience and prepare soldiers for war.

If you are not miserable, they are not doing it right. Voluntary Hardship works.

Remember Luke Skywalker on Dagobah? Yoda pushed him to the limits of his mental, physical and emotional boundaries. The Jedi Master was showing Luke what he was capable of. By pushing Luke hard enough, Yoda was teaching him to find the Force within him and the resilience to meet his destiny.

Yoda: “Mysterious are the ways of the Force.”
Luke: “Did you just make me stand on my head for two hours because I was annoying you?”
Yoda: “Very mysterious.”

During the original trilogy we witnessed Luke evolving from an emotional and petulant Farm boy to a hardened and resilient Jedi. Voluntary Hardship was a Jedi discipline intended to prepare the Jedi for his or her mission.

Voluntary Hardship is all of these things but not all of us are going to commit to a personal Dagobah. We can do it as part of a sane and safe practice that suits our lifestyle. By constantly testing ourselves and by making life routinely uncomfortable in some way we are hardening ourselves for the day we may need to live it for real.

These days I rely on Voluntary Hardship to help me in my recovery. It is not safe to rest on my laurels and get too comfortable. Alcoholism is a subtle and cunning foe that preys on momentary lapses in reason and weaknesses.

By practicing Voluntary Hardship I am able to forgo things in a mindful way. By doing so I know that I am training myself to resist temptation and better absorb hardship when it comes without warning. I’m better able to deal with HALT* moments that arise and keep my serenity.

We need not deprive ourselves of basic needs. No one who is sane practices Voluntary Hardship by wandering through the wilderness without food or water for forty days or sleeping on a bed of nails. Doing anything at the expense of our health and well being is contrary to the purpose of Voluntary Hardship.

A voluntary hardship might be skipping a meal and going hungry for a night, having a cold shower, sleeping on the floor, leaving your jacket at home when you know it’s cold and raining out donating half of your clothes to charity. You could choose to go without Social Media for a few days or throw your Smart Phone in the drawer. Do it often enough and you begin to understand what scarcity and hardship feels like and that you can live with both if needed.

“The benefits of Voluntary Hardship far outweigh the discomfort.”

You began forcing yourself to get out of bed 6 am a month ago.  At first it was hell but you soon started to get used to it. Soon enough it became routine and then you thought, “why don’t I go for an early morning run?”.  You went from sleeping in till late and struggling out of bed to getting up at sunrise and going for a run.

After a few months you find yourself in the gym. All of the sudden you realize you look and feel great. Why? Because you chose to be uncomfortable.

Incremental improvements happen when we  challenge ourselves. We adapt and become conditioned to hardship and eventually we start to enjoy it.

When we were Kids some of us might remember having had “privileges” such as Television revoked for transgressions such as failing to make the bed. The denial was not voluntary but the sense of gratitude we got when the privilege was restored was real.

Imagine denying yourself the pleasures that you routinely enjoy. The truth is most of us don’t because we are on the hedonistic merry-go round. People are constantly seeking new pleasures and distractions. The things that we coveted and received soon lose their shine and we are left wanting for the next best thing. We have forgotten to appreciate the things we have and only want and expect the things we don’t.

What if we were to lose or have some of those things we have withheld? Could we do without them? My Daughter pleaded that she could not do without her Smart Phone until she found out she could. It taught her to value her things more. Still after the next model came out she “needed” that too!

Not having our endless demands met is healthy. Healthy denial teaches us to be grateful for what we have and take the time to enjoy them knowing that life can still be enjoyable without them.

There is so much we can forgo in life. Peeling away the layers of materialism and settling for a simpler and less cluttered life frees us a lot of stress. Life become more about enjoying the experience rather than amassing possessions.

I do not equate a lack of material wealth as poverty or hardship. Some people do and they are physically and emotionally attached to their belongings in way that it creates a prison for them. By letting go of the clutter we think we need we start to break those bonds.

Wanting less also means having to spend less which means less debt and more money to do things that enrich your life experience.

Less stress, more time and money to invest in your health and well-being, putting people before things all lead to a greater sense of self sovereignty, independence and happiness. If Voluntary Hardship leads to adopting a healthier diet, exercise program and positive outlook then all the better. All of these benefits result from having more resilience which results from Voluntary Hardship.

Use your imagination. Have fun with Voluntary Hardship. Remember it is training, not some form of penance. 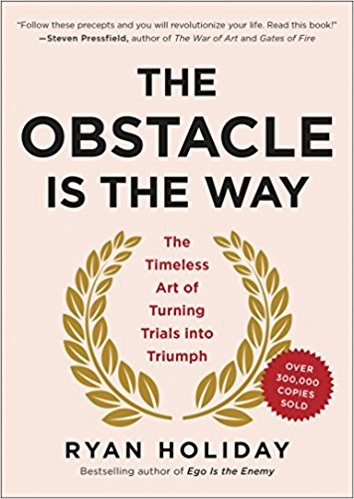 Ryan Holiday (2014): The Obstacle Is the Way: The Timeless Art of Turning Trials into Triumph. Available on Amazon at http://amzn.to/29HvsMI

Meditations by Marcus Aurelius. Available on Amazon at: http://amzn.to/29R3Ysb 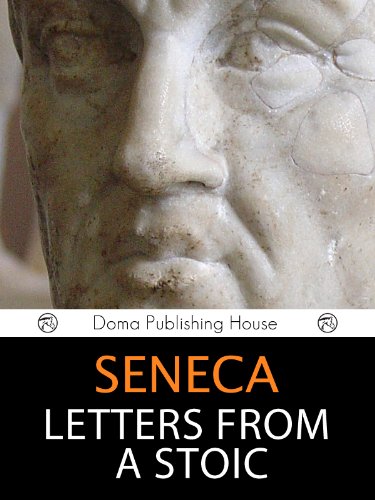 Letters from a Stoic by Seneca the Younger. Available on Amazon at: http://amzn.to/2mqd44A