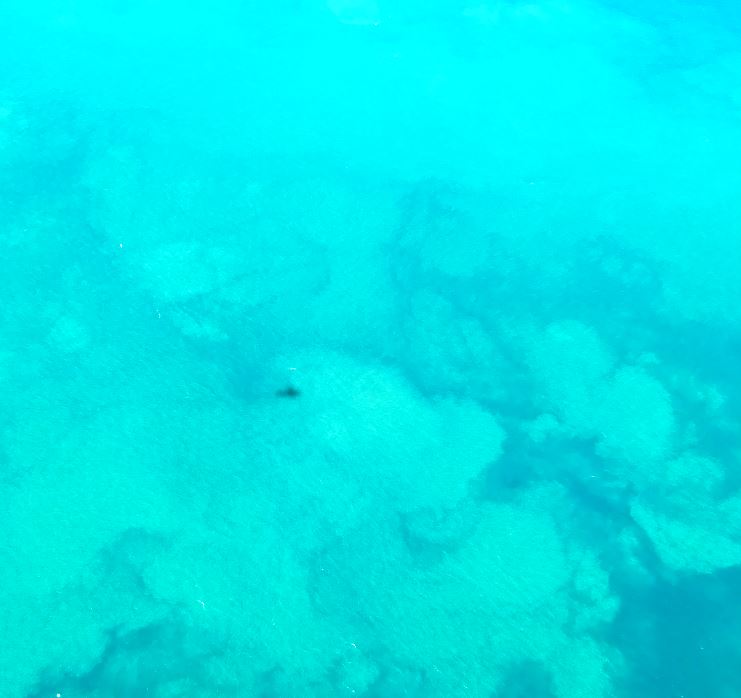 “No! Unfortunate that you rushed to face him… that incomplete was your training. Not ready for the burden were you.” – Yoda

In “The Empire Strikes Back” Luke Skywalker departs Dagobah against the advice of his teacher and mentor Yoda. Luke is driven by the need to help his friends and seeks to confront the evil that is Darth Vader. At this time Luke is unaware of the truth about Darth Vader, he is untrained and mentally, physically, emotionally and spiritually unprepared for the challenge he has set himself. All of this matters not to Luke, like his father Anakin, he has a strong will and wants to prove himself. There is the compulsion in him to rush things and reach his goals before he is ready. In the Cloud City of Bespin Luke is lured in to a trap and meeting Darth Vader learns the terrible truth of his past before narrowly escaping. The revelation nearly destroys Luke.

Later in “The Return of the Jedi” Luke returns to Dagobah seeking to resume his training and finds there a frail Yoda, close to death. Luke broaches the subject of his Father and it is revealed that indeed Darth Vader is his Father, Anakin. Yoda then admonishes Luke that he was bound to fail in his confrontation with Vader, he was unprepared and not ready for the strong psychological and spiritual burden of knowing the truth and resisting the Dark Side. Yoda reminds Luke that sometimes in life we must realize we have much to learn and farther to go in our personal growth before we are ready to enter the next stage of our life.

The Stages of Life

Life happens in stages. We all know this. Babies are born and grow, Children bloom in to Teens and young Adults and then enter Adulthood. Eventually they find their chosen profession, find a partner and perhaps begin a family. Along the way they reach and surpass typical milestones in life mentally, emotionally, physically and spiritually. Eventually their own kids grow up and leave the nest and they enter in to the middle years of life possibly with Grandkid. There is retirement and contemplation and eventually the twilight years before succumbing to old age. That is how an “ideal” or “typical” life is meant to look, or so we are told.

The life experience of one person will differ to another. This can be due to a range of factors including age, gender, cultural upbringing and education. We may find ourselves getting impatient with other people or disagree with their views. Often times we have to consider that they may be at a stage in their life which we have passed or yet to reach. We have to make allowances for that. Remember that life is a progression, a journey in which we learn and grow over time often in stages. Sometimes we guide others, like our kids and sometimes we take advice from those with more life experience and wisdom than us.

“It takes a long time to bring excellence to maturity.” – Publilius Syrus

Everyone ages and matures at a different rate. I have met 16 year old kids living in less developed countries who were more mature and grounded than some middle age professionals I have encountered in the corporate rate race. Maturity does not necessarily correlate  with age, position, address or size of pay check. Indeed as an active alcoholic I was emotionally and socially immature, a child in a man’s body. I stopped growing as a person once I started to rely on alcohol as a social stimulant and then a requirement. That did not stop me from being relatively functional but I needed booze to function. In sobriety I discovered that I lacked the basic tools to interact with people and handle situations normally. The crutch had been removed and I had to learn to stand on my own two feet with nothing more than a basic comprehension of a program for recovery and an even dimmer understanding of the concept of a ‘Higher Power”.

“Every difficulty in life presents us with an opportunity to turn inward and to invoke our own submerged inner resources. The trials we endure can and should introduce us to our strengths.” – Epictetus

I would not expect someone who has just hit rock bottom and looking for a way out of alcoholism to know everything there is to know about recovery. It takes time, patience, effort and a lot of faith to build the experience, knowledge, wisdom and skills required to attain “contented sobriety”. Deciding after 6 weeks of “white knuckled” abstinence that we are cured is deceiving one’s self. We can try to test that idea and perhaps get away with it but it is a huge gamble and one that rarely pays off in the long run. Believe me I tried.

There are many things in life which present as a steep learning curve, parenting is one of them, bringing a baby home for the first time can seem daunting and even terrifying to new parents. There is all this stuff you have to do and know that no one tells you about and the books don’t even mention. Nothing prepares you for it. Babies don’t wait if they are hungry or need a diaper changed or run a fever for us to figure it out the first time.  By child number two you are a bit more settled and after that it’s a doddle. Now you are a veteran in child raising and you look at new parents going through the same steep learning curve and you smile knowingly. Parenting is stressful but most parents cope fine and learn a lot about themselves. Recovery is sort of the same, it is a learning curve but it’s not steep, its long and its all up hill.

“We are what we repeatedly do. Excellence, then, is not an act, but a habit”. – Aristotle

One of the things I learned is that we cannot rush our recovery. There is no well defined point that can be reached where one declares “That’s it! I’m cured”. To take the view that a cure exists is to decide there might be short cuts and seek arrival at the desired destination of a subjective “normalcy” sooner. This is called the merry-go-round approach to life. We may change seats and try different ways of but we are still on the same ride and nothing changes.

What is “normal” anyway? Some would argue for alcoholics it is the ability to “take it or leave it” and to respond to life in an appropriate and proportionate manner. I am recovered but I will never be fully recovered and being honest would not even be able to define what “recovered” is. If I make it to the end of the day in a better condition than yesterday it’s a win.

The important thing to remember is that although we can claim the power to recover, we remain powerless over alcohol but we are never powerless to act. Many people might dispute this and claim a definitive cure but I err on the side of caution and set the cardinal rule as it applies to my addiction. I may be ready to take up a lot of challenges in life now and in the future but I will never be able to drink normally again. I won’t make the same mistake that Luke did and rush in to confront my addiction by feeding it.

Will I ever reach a stage in my life where I can claim victory? If recovery is a journey where the final destination is the end of life then it would be fair to say yes. If I can reach the end of life without having relapsed in to who I was before and can hopefully look back on a life “well lived” and accept death with equanimity, that is a victory in my book. There is no desire in me to declare a “cure” and return to drinking or arrive at a point that can be defined as “happily ever after“. I would not return to the illusion if I could, even if assured of being able to indulge without fear or anything worse than a hangover. That is a sane and a mature approach to something as insane as addiction. Live on life’s terms.

The final battle between Luke Skywalker and Darth Vader provides a lesson in victory. Surrendering control, accepting what is, embracing reality and letting go of what does not serve through action leads us there:

Luke Skywalker departs Dagobah and on the Planet Endor surrenders to Darth Vader. Taken to the Death Star II Luke is tempted to the Dark Side by Darth Sidious. The Emperor forces Luke to  battle Darth Vader and urges his to succumb to anger. Luke has grown and is able to resist falling to the Dark Side. His actions ultimately save his father and destroy the Dark Lord. Like Luke we must be willing to confront our own darker side not by use of force or resistance but by surrendering to what is, accepting who we are, embracing change and finally letting go. That is the path to victory. Luke had reached the end of his training and could now call himself a Jedi.

There is no “happily ever after” but Luke does find some closure, for now.

“There must be a beginning of any great matter, but the continuing unto the end until it be thoroughly finished yields the true glory.”- Sir Frances Drake