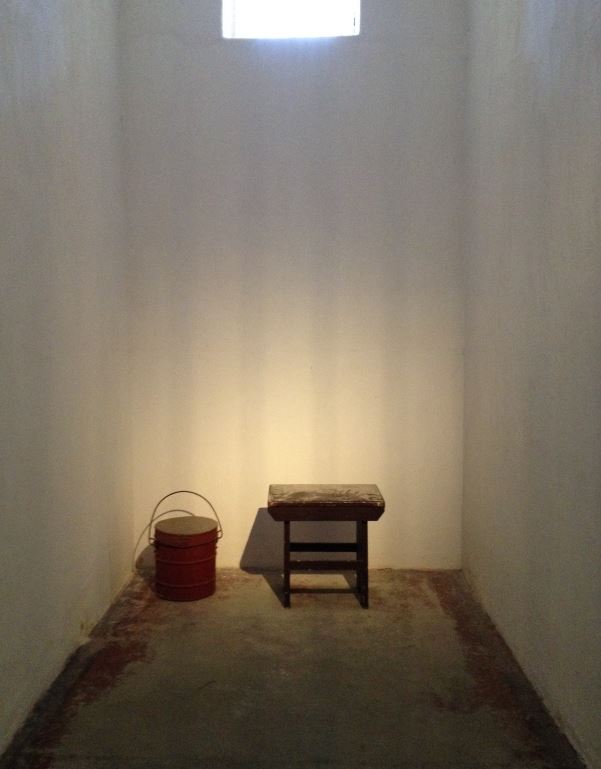 32. Jedi can feel disturbances in the Force

If Jedi are mindful and are consciously connected to the Force, they can feel disturbances in the Force. Feeling Force disturbances usually happen after there has been some type of disaster, and/or a loss of life.

(33 Jedi Traits)
Did you ever get the feeling that something had happened to a friend or a loved one? For no reason they pop up in your mind and you just know. The nagging feeling in your gut that you should get an unusual lump checked out and it turns out to be the best thing you did for yourself and your family. These moments happen to most of us and we put them down to “gut feel”, “coincidence” or “luck”, when all we did is listen to that little voice we often ignore; the “sixth” sense.

A few years ago I was sitting quietly and suddenly I was struck by an overpowering sense that my Father had died. I did not know why and there was no one I could call to find out but I just knew. A feeling or a sense had passed over me that was hard to shake. I was only able to confirm his passing some time afterwards as we had been estranged for many years. My Father had died a skid row drunk on the other side of the country around the time I sensed it. There is no explaining it in terms that make sense. Sensing loss or tragedy is something we feel deep within our consciousness.

Mothers have a deep physical, emotional and spiritual connection to their children. A young Mother will wake and instinctively know her child is in distress and rush to attend to her. How often have we heard stories of Mothers sensing their child close to them as he lies wounded or dying in a war zone thousands of miles away? The Mother feels the loss deep within her heart and soul.

People have a natural ability to sense when things are not right. We feel it in our gut. Sometimes we choose to ignore it, most of the time we cannot pin point the cause but it is undeniable and it is our deeper consciousness trying to tell us something. We are all connected to each other and to the world we live in, every event ripples across the web of life.

When a forest is cleared in the Amazon it has an impact on the world and we feel it. Call it sensing or a “disturbance in the Force”, it is nature’s way of letting us know that the web has been disturbed. Some of us are just more sensitive than others.

During the 90’s the word “angst” came in to popular use. Angst described an ill at ease generation that was deeply concerned about the world and the way society was headed. At the time my angst was conveniently smothered with lots of booze, dope and grunge. I just didn’t want to know. Today that unease is more poignant and tangible; many people would agree that the world feels like it is careening towards some catastrophe.

Swimming against the Tide

It is no illusion that the global environment is in trouble. The degradation is accelerating towards a point of no return. The global economy is controlled by a powerful and centralized elite that is geared towards siphoning the world’s wealth in to the hands of a tiny minority. Governments seem to be working against the interests of the people. Corporate influence and a military agenda drive Government policy. War seems to be a perpetual state.

Our food, water and medicines are becoming over priced, non-nutritious and toxic. Education is being hijacked by sociopolitical agendas and students are taught not to think or question the mainstream. The media fuels an atmosphere of distrust and division among the people. Society has become filled with hate, bigotry, intolerance and rage.

“”I felt a great disturbance in the Force, as if millions of voices suddenly cried out in terror and were suddenly silenced. I fear something terrible has happened.” – Obi-Wan Kenobi

If you sometimes feel like you are swimming against the tide and don’t feel a part of the system you are not alone. If there is unease in your stomach and you prefer to avoid news reports, that’s normal. What you are feeling is not imagination or irrational anxiety but an acute awareness that the world seems to be going to hell in a basket. There is a disturbance in the Force and some of us can feel it, we are the lucky ones.

The vast majority of people in the world are obsessed with non-issues, the latest fashion trends and mindless consumerism. Society is sleep walking to the edge of a great chasm completely unaware of the peril.

Being sober and being Jedi has taught me to pay close attention to my surroundings and to use all of my senses. The Path has also taught me to “have the serenity to accept the things I cannot change and the courage to change the things I can”. The reality is there is little we can do outside of our own power to change the world. We can still make small changes and do our own part to try to make a better world. Much of that choice is in the way we conduct ourselves and how we respond to emotions.

If society were to collapse tomorrow how would we react? Would we panic and abandon our principles? Do we continue to hope for the best but train ourselves for the worst? Can we face the future with resolve and dignity or will we revert to base savagery to survive? No matter what happens we still have a choice in how we respond to the emotion of Fear. We can choose to be Jedi.