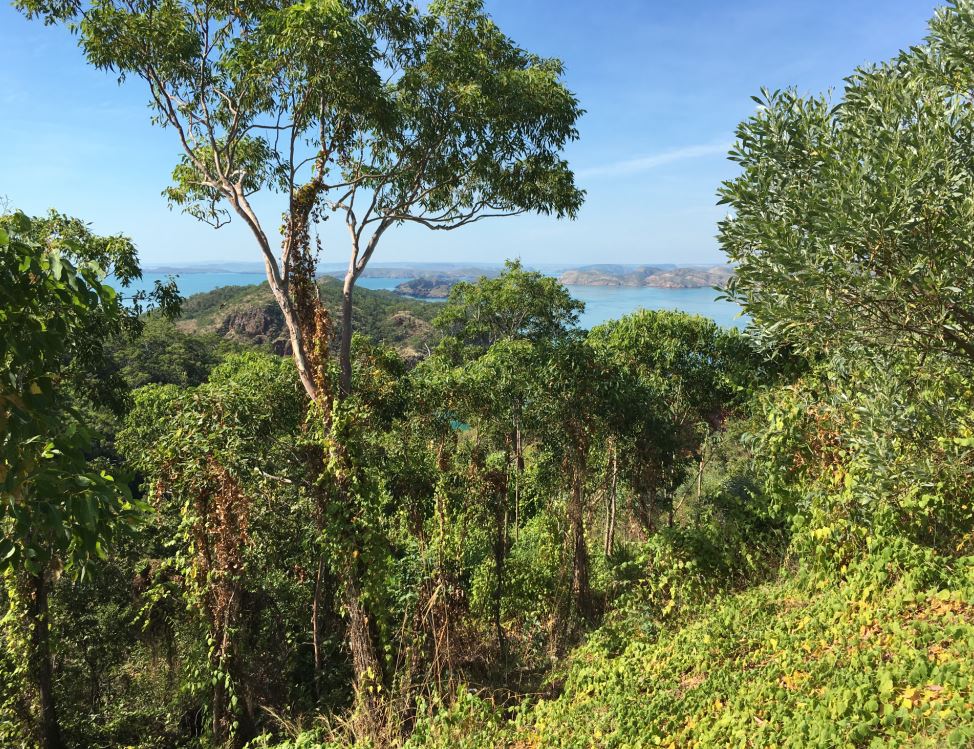 There is nothing like being in the Wilderness. The total absence of the noise of civilization; the hum of industry and traffic and blaring early morning radio. In the wilderness the song and the call of birds and the cacophony of insects fills the air as the sun rises and sets over a horizon devoid of artificial lights and the haze of pollution. The wonder of the night sky is filled with stars and we lose our selves in the mystery of the cosmos. To feel the living energy in an animal or a plant and to sense the weight of time in an ancient rock held in your hand. The realization that one exists but  as a solitary figure in the vast expanse of space and time. The Force is to be encountered in nature; living, raw and vibrant. Byron put it so well:

“There is pleasure in the pathless woods, there is rapture in the lonely shore, there is society where none intrudes, by the deep sea, and music in its roar; I love not Man the less, but Nature more.” – Lord Byron

In nature we begin to find ourselves. We connect with something that resides within us all; a deep seated knowledge of where we come from. In recovery I have rediscovered my love of nature and spend as much as I can in the outdoors. I am lucky, my work often takes me to wilderness areas that are untouched and pristine and rarely seen by others. The very proximity of nature heals the body, mind and soul.

With the tethers of society at least partially stripped away we can begin to look past the concerns of the egoic mind and body. Time slows down, the mental noise recedes in to the background and the senses become sharper. We are beginning to be as our ancestors were, close to nature and a part of it, more in tune with ourselves and the world around us.

“Nature is not a place to visit. It is home” – Gary Snyder

It is said that we belong to nature, nature does not belong to us. We are inseparable from nature although we deny it. I was taught in school that man conquered the wilderness and tamed it, improved it. By destroying the environment we ultimately destroy ourselves.

The more people become separated from the natural world the more alienated they became from each other and more divided. Our natural predisposition is to be close to nature and to care for it. Reality has suppressed our affinity to nature and closed it out making it a resource to be exploited, bought and sold. How can that be when we are a part of nature, a strand in the web of life?

“Those who contemplate the beauty of the earth find reserves of strength that will endure as long as life lasts. … There is something infinitely healing in the repeated refrains of nature — the assurance that dawn comes after night, and spring after winter.” – Rachel Carson “A Silent Spring”

Henry David Thoreau, Ralph Waldo Emerson and Jack London were authors who spent at least a part of their time seeking out nature and living in relative solitude. Emerson in particular saw the transcendent beauty in nature and the failure of humans to appreciate or reciprocate the gifts that nature bestows upon us. Emerson believed that in order to eventually transcend one must be fully engaged in nature. Jack London was a troubled alcoholic and an addict and his writings on nature in “The Call of the Wild” were vivid and violent and captured his yearning for the wilderness as well as his distance from it.

I often wondered if my alcoholism was a substitute for a deeper need, a yearning to be close to Nature. An unfulfilled need to run in the woods, climb mountains, swim in the surf and look up the stars. A symptom of my separation from nature through alcoholism. There was also a call, a yearning to reconnect because deep down we all feel that our home resides there.

“But especially he loved to run in the dim twilight of the summer midnights, listening to the subdued and sleepy murmurs of the forest, reading signs and sounds as a man may read a book, and seeking for the mysterious something that called—called, waking or sleeping, at all times, for him to come.” – Jack London “The Call of the Wild”

If you look at the entire Star Wars saga as depicted on film you will discover an amazing diversity of natural and built landscapes in the Star Wars Universe. The Immense desert planets of Tatooine and Jakku with oceans of sand, steep mountains and deep gorges. Naboo with its rolling hills, grasslands and woodlands. The waterfalls and rivers concealing underwater cities home of the Gungans. Kamino was the turbid ocean planet home of the Clone factories.

Hoth a frozen world, Mustafa a world of fire and lava flows and Bespin a planet of clouds. Dagobah was covered in swamps, mists and jungle. Endor and Yavin 4 were temperate worlds of Forests. Coruscant at the heart of the Republic seemed to be the only world that was truly civilized being a planet entirely occupied by a single mega-city. Coruscant was supported by countless other worlds, the seat of power it was the ultimate prize in the Galactic Wars. The Star Wars Galaxy presents a symbol of the tension between the natural world and civilization that we see on our own Planet.

In Star Wars the Jedi seemed to bridge the divide between Nature and Technology through application of the Force. The Jedi were acutely aware of the Force in nature and sensitive to it and knew that it flowed through all living things. They respected all life and were against the senseless killing of any life form or the destruction of the Environment. The Jedi could sense when wholesale destruction and loss of life had occurred.

“I feel a great disturbance in the Force as if millions of voices suddenly cried out in terror and were suddenly silenced” – Obi-Wan Kenobi on sensing the destruction of Alderaan in “Episode IV” A New Hope”.

People who are close to nature because of an ethnic or cultural affinity feel real pain and loss when they see their Environment destroyed. To them it is like losing a part of themselves. They are no different to anyone else except they have not suffered the same level of separation from the Natural legacy that most people have. Most people don’t feel it as acutely because they do not live as close to nature as they do or we think we don’t need it. But we do.

We all understand the importance of physical, emotional, mental and spiritual well being. Environmental well being is also important, to care for the Environment is to look after ourselves and others.

It’s our world, step away from the computer and go outside. Breath in and enjoy for a moment the beauty and serenity of Nature.