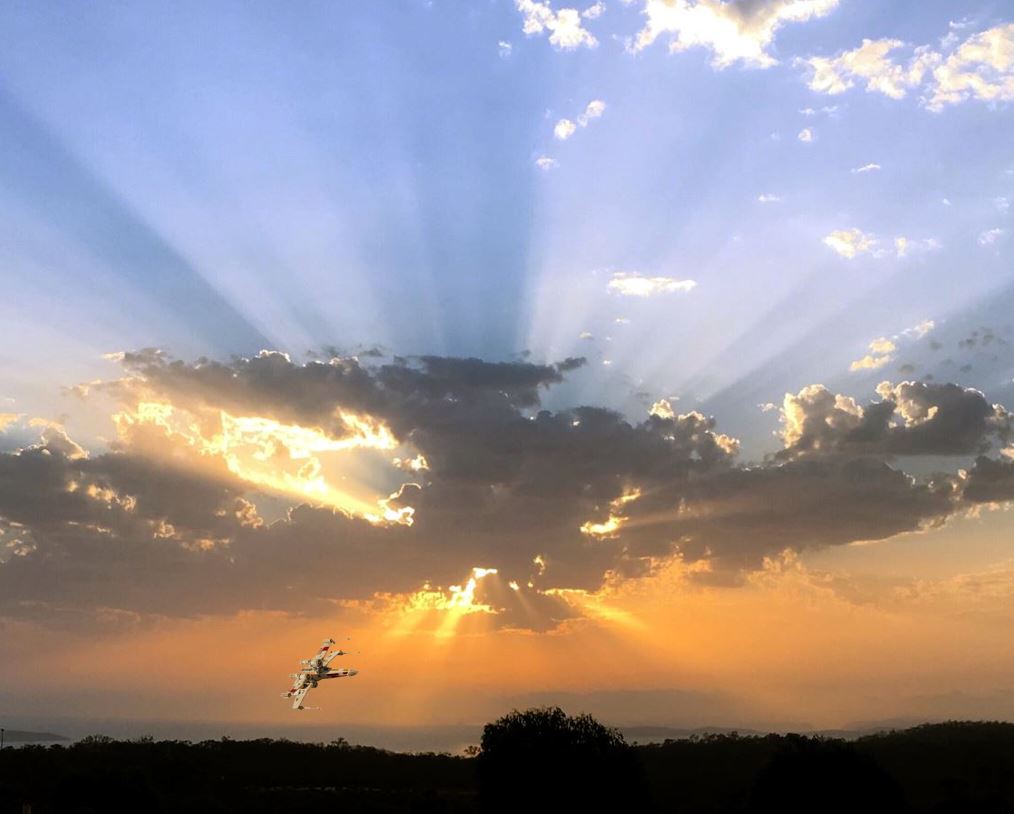 “You want the impossible” – Luke

We all have faults and failings, most are not the fatal and tragic flaws of Hamartia. Our willingness to try and fail and then try again say a lot about how resilient we are. If the “Hero’s Journey” is a metaphor for life, we are all on a personal “Hero’s Journey” then we should not only expect to fail at times, we should embrace it. But we should never quit and succumb to Hamartia.

“A failure is not always a mistake, it may simply be the best one can do under the circumstances. The real mistake is to stop trying.” – BF Skinner

The ancient Greeks and Romans recognised that failure was essential for success. The myths described the disastrous failures as well as the triumphs of the Hero. What made the stories so compelling then and now was the way in which the Hero was able to surmount their failings and continue on towards the prize. Failure made the Hero more human yet at the same time elevated them to the status of the Gods. The legend was the success that came out of failing.

Hamartia (ἁμαρτία) was the Greek word that described something worse that failure. It was to reject the struggle to overcome failure, to refuse the call of the “Hero’s Journey”. Hamartia was to turn one’s back on the Gods and life itself. It was to quit and give in, to lose all Faith. A Hero who could not surmount his tragic fatal flaws and was defeated by them is said to have fallen to Hamartia. They had abandoned the Gods and the Gods had abandoned them. Hamartia is a spiritual and moral failing of the character. A tragic fate worse than death.

The ideal but unattainable state of the ancient Greek and Roman philosophers was the achievement of the opposite of Hamartia, being free of error and failing, to be without fault, Anamartetos (αναμάρτητος). The ultimate goal of life, the “Hero’s Journey” is to arrive at this end.

The Fall and Rise of Skywalker

Luke Skywalker is the Hero Archetype of the Star Wars mythology.  In the original trilogy Luke undertakes the “Hero’s Journey”. There is the call to adventure, doubts and finally commitment. A mentor appears who guides Luke on to the path he must take. Luke makes mistakes and suffers setbacks but learns from them. On Dagobah he learns that nothing is impossible if he is willing. Through his struggles he is able to overcome his Dark Side and confront his darkest fears.

Luke arrives at the culmination of his journey. Through struggle, surrender, love and redemption he defeats the Sith and restores balance to the Force. The Hero is now complete. Overcoming failure and fulfilling his mission, Luke is reunited with his loved ones and lives happily ever after. Luke had overcome Hamartia.

We know now that the Hero’s Journey did not end for Luke at the closing scenes of “Return of the Jedi”. Luke embarked on many adventures after the Fall of the Empire.  The Journey finally ended on Ahch-To where the aged, embittered, defeated and ultimately failed Jedi Master stood at the final cross road of his life. Did the Hero’s Journey end there in ignominy or did Luke arrive at the glorious destiny intended for him? Did Luke fall in to Hamartia like his father Anakin or did he achieve Anamartetos? To rise is to achieve Anamartetos.

Anakin fell to Hamartia when he surrendered to the Dark Side. The tragedy of the fall was complete in every way.  Luke could have easily fallen in the same trap but learned that while failure may be part of being Jedi, giving in to Hamartia is not. A Jedi can only be judged by how failure is dealt with and whether he or she makes something of it. A Jedi may fail but never gives in to Hamartia.

“Success is stumbling from failure to failure with no loss of enthusiasm.” – Winston Churchill

The first four decades of my life seemed to be replete with failings. In many ways, looking back I was a miserable failure, but a stubborn and rebellious one. I had trouble admitting it but that fact was to some extent I had failed in almost every important aspect of my life. My character flaws and failings were too numerous to admit. Yet there I was always in the ring, ready to continue to wrestle with life.

There had been some successes. I had survived my troubled childhood and a come out of a short and shameful time in the Army relatively unscathed. It was a miracle that I was not been killed many times during my years of roaming the face of the Earth (Alcohol took me close to that end many times). Outside of the Army I stayed out of prison. I somehow managed to graduate with a degree and in good standing which was nothing short of miraculous considering I rarely finished anything I started.

Friendships formed and then floundered. Romantic relationships ignited and burned out quickly. My marriage nearly ended before it had started but persisted thanks mostly to stubborn perseverance. I was a selfish father when my kids were born. Alcohol and selfish pursuit often took precedence in that regard.  My health took turns for the worse yet I continued to drink. I seemed to make a mess of every job I took as my career faltered along. At one point I was staring down the barrel of chronic health issues, a failed marriage, career in tatters, legal issues and bankruptcy.

“My basic flaw had always been dependence – absolute dependence – on people or circumstances to supply me with prestige, security and romance. Failing to get them according to my still childish dreams and specifications, I had fought for these things. And when defeat came, so did depression” – Bill W

The irony of the first half of my life was my obsession with perfection and inability to see my own flaws. It pervaded everything I did. My attitude was that if I could not achieve perfection I let the whole thing slide. In my contempt for less and complacency failure was almost always guaranteed. When I did fail it was accompanied with frustration, resentment, blame and a complete lack of self-reflection. I had abandoned the “Hero’s Journey” and had all but fallen to Hamartia. In front of me loomed the dark void.

Things turned around for me when I stopped fighting and surrendered my alcoholic problems to a Higher Power. By letting go I decided that failure to that point was OK. There was no changing the past and there was no forcing change. I had to pick up the pieces and with unsteady hands rebuild my life in the way I felt my Higher Power would have me.  The road to success was through a morass of failure. The issue was not whether I failed in my struggles but whether I picked myself up and continued to move forward despite those setbacks. Hamartia, giving in to my fatal flaws was not an option.

When success began to happen the fog lifted from my eyes. Perfection was not required, only a willingness to try and never give up mattered. I found that despite a desire to lie down and not get up, I always did. I continued to wrestle with life getting stronger with every day. Persistence and effort paid off. I began to realise the goal of  Anamartetos.

“Thoroughly have we seen a person fail who has rarely followed our path” – Alcoholics Anonymous p.58 (The Big Book)

Recovery is not easy. By the grace of a Higher Power I have never returned to alcohol. I often see old habits bubbling to the surface. My shadow self will come to the fore. Perfectionism, uncertainty and fear of failure will hijack attempts to try new things. I sometimes limit myself by staying with what is safe, familiar and certain. In many ways I fear that failing may undermine the foundation on which my sobriety is built.

By taking a daily inventory of our failings and faults and admitting to them do we begin to take action to remove them from our lives. We recognise our own inner Hamartia and we keep those fatal flaws at bay. Anger, resentment, complacency and apathy are the four horsemen of the apocalypse we avoid. We do not avoid the struggles and challenges of life. By risking failure and disappointment we open up new pathways to learn and opportunities to improve.

Alcoholics can be frustratingly obstinate yet remarkably dogged at the same time. When we apply the same amount of dedication to our recovery as we did to our drinking we seldom fail. Some flaws have an advantage.

Experiencing Failure is a part of life. Failure is a part of the Hero’s Journey. Mistakes happen and setbacks occur. Nothing ever happens to perfection. There is no smooth sailing the entire journey. Storms will appear on the horizon and sweep in. We will be battered by waves and lashed by wind. Sometimes we will flounder on rocks and be shipwrecked and marooned. From setbacks and catastrophe the Hero emerges stronger, wiser and more resilient.  The transformation allows the Hero to move forward and complete the task and return home victorious. To reject the Hero’s Journey that is in all of us is to reject life. Like Luke we must decide what is possible or not and choose between Hamartia and Anamartetos.