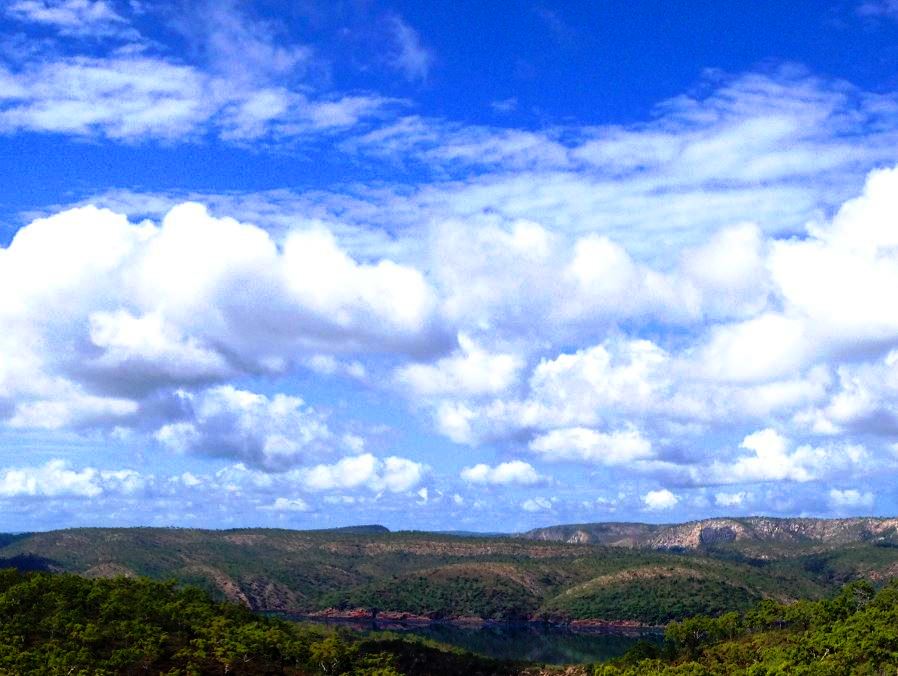 The State of the World

If you follow the news every day you are probably of the view that the world is in serious trouble. It seems that every day we are bombarded with more terrible news from around the world. Some of it affects us directly or we know people involved. News from further afield also touches us. We feel for the people that are caught up in a tragedy, their plight streamed to our computer or television. Their suffering becomes our suffering.

The world seems like a smaller place than it ever did. We are connected through the power of the internet and comprehensive news coverage. If something terrible happens in our town, city, state, country or on the other side of the planet we soon hear about it. Right now there are mass murders, genocide, environmental destruction, natural disasters and famine happening around the world in plain view. The world stands on the precipice of a nuclear disaster, war appears to be looming large as does an array of other global catastrophes. We feel helpless to do anything. Despite all of this, things could still be worse.

Despite all the tragedy and calamity in the world we also get caught up in our own personal dramas. Our wants and needs still preoccupy our thoughts. Simple and day to day problems still arise. The car still breaks down, we have crappy days and nothing seems to go right. Except when it does, bad things usually happen to other people. Most of the time they happen to people we don’t know and believe it or not, the news does not cover every instance of bad news. Terrible things are happening right now that will never be reported, that we will never hear about.

That does not mean the world is falling apart around us. The chances of being assaulted, robbed or murdered remain low. Most of us will never be caught up in a natural disaster or a major accident such as a fatal car accident, train derailment or a plane crash. Hopefully, even less of us will be visited by war. Diseases such as cancer may happen but the odds might still be in our favor. Overall the outlook for a positive future seem reasonable to good. The world still has much beauty and peace.

So why does it seem that things could not get any worse right now? Well they could. It’s simply a matter of perception. Things do not hurt us, only our perception and view of them does. I have heard people, myself included, declare “that’s it, it’s over, my life is finished!”. The reality is it’s not. We could lose our job, our house, our partner could abandon us, loved one’s could die but we are still here.

The sense of loss and grief that is felt does not mean that the world has ended or that we won’t see better days. The sun will rise again in the morning and the Earth will continue to turn on its axis. What assaults and bereaves us today will pass. It may seem hard to accept but it is true. Hurricanes and earth quakes destroy cities and wars upend entire countries, yet people still emerge and rebuild brick by brick. Soon enough children’s laughter can be heard and life goes on.

“When you arise in the morning, think of what a precious privilege it is to be alive—to breathe, to think, to enjoy, to love.” – Marcus Aurelius

The power of perception and gratitude kept James Stockdale alive in a North Vietnamese prison and it kept Viktor Frankl’s hopes and dreams alive in Auschwitz. Both of these men knew things could be worse. They were still alive and they owned their minds. The power of choice over whether to allow themselves to give in was theirs alone.

There are times when fate hands people a cruel and heavy burden. I could not think anything worse than the loss of a child. Yet I know people who have suffered that tragedy and who have come out the other side of hell more appreciative of life and love. They are more grateful for the things that they still have and grateful the for time they were blessed to have spent with their loved one. Life does still go on.

Putting things in to perspective allows us to find our balance. We can grieve and process our loss in a mindful way while appreciating what has been taken away. Loss is a reminder that all things are impermanent and transitory. Gratitude reminds us to value what we have more than what we expect or want. By accepting that life could still be worse we are in a way acknowledging that and letting go of our attachments without devaluing their importance in our lives.

A decade ago I was diagnosed with a tumor that resided within my skull. Unlike a brain tumor it was a mass that was non-malignant and could be surgically removed before it did any damage to my brain. At first I thought I had a brain tumor and panicked until the Doctor reassured me that my prognosis was good as it had been found before it could interrupt the blood supply to my brain. So I asked “it could’ve been worse?”, the Doctor replied that indeed I could have had a stroke at any time and lost a great deal of function if not my life, so yes “it could have been far worse”. That experience taught me a lesson. It gave me a new lease on life and a grateful appreciation for everything in it. Unfortunately I forgot that I was alcoholic and soon started the spiral downwards.

Recovered Alcoholic often surprise people with their spontaneity, humor and positivity. Some of them have been through the wringer, they have estranged or lost friends and family members, ruined their careers and lost everything they ever owned and suffered terrible health problems. Yet here they are, laughing and joking and enjoying life to the full. Even bad news seems not to unsettle them. They accept what comes with equanimity and peace. They realize that the only reason they are sitting there is because of the “Grace of God”.

My personal descent in to a hell I call “rock bottom” put me in an emotional and spiritual place I thought could not possibly be worse. The reality was, I was lucky; I found a Higher Power and made my way out. With renewed faith I started to clean myself up and begin recovery by taking the steps. I admitted my powerlessness to act against a disease and I surrendered my problem over to a Higher Power. By surrendering my life to the Force I was able to start putting my life in to perspective and finding that I still had a lot to be grateful for. I realized that things could have been far worse. Compared to others I got off lightly; I still had a family, my job and my health.

Leia Organa is very much the symbol of strength, pride and steely determination in the Star Wars saga. Leia suffered loss in her roles as a Princess, Diplomat, Rebel Leader, Jedi, General and Mother. Her life had been full of personal tragedies and bitter betrayals. Besides the loss of her biological parents at birth she endured decades of hardship in peace and in war. Whether you read Canon or Legends they included the death of her son Anakin and the loss of her Ben Solo to the First Order. She married and separated from Han Solo and then in “The Force Awakens” learned that he had been brutally executed by their own child. Despite all of this Leia never buckled, she never gave in.

In real life Carrie Fisher also dealt with personal hardships and tragedies that most people were unaware of. From an early age she was thrust in to the lime light due to her high profile parents. Star Wars launched her career and earned her unimaginable fame. That global recognition came at a price. Still a teenager Carrie Fisher was in an affair with her co-star Harrison Ford. The relationship was one sided, he a distant lover and she a an impressionable young girl who was infatuated yet awkward about her feelings and embarrassed about her body. She fell in to addiction and depression and struggled with the pain and self loathing that it bought on. The separation of her parents and death of her Father also had a heavy toll on her.

Despite all of the hardship and tragedy Carrie Fisher never wallowed in self pity. Although she had low self esteem she also had the tenacity, strength and courage to overcome her demons and emerge as a confident writer and spokesperson for mental health. She became like General Organa, tough and frank yet approachable and funny. Carrie Fisher had a common touch which connected with ordinary people. She had been through the wringer and like many recovered Alcoholics had a ferocious love for life and a healthy sense of humor born of humble irreverence for one’s own flaws.

The shared beauty of Carrie Fisher and Leia Organa was the knowledge that life is tough and it will get you down. Life can pick you up and throw you down again and again but it can always be worse. How we get through it and come out the other end largely depends on us. We can give up and weep bitterly in the dark or we can stand up and keep going one day at a time, one step at a time.

Despite all the tragedy and evil in the world it is still a wonderful place. There is more good in people than bad.