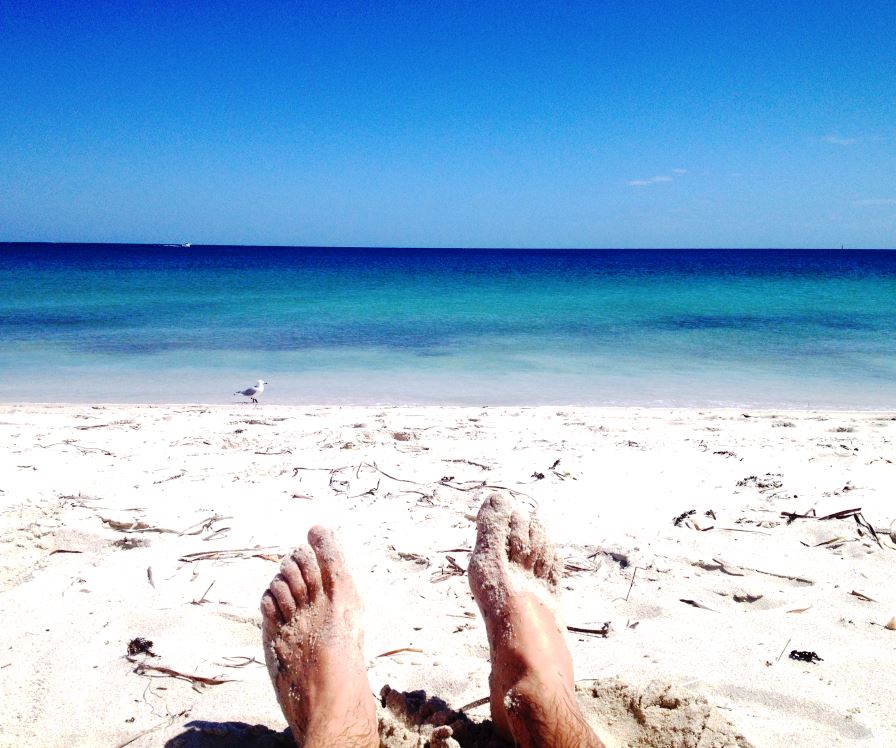 In the book the “Happiness Trap” the author suggests that one of the greatest impediments to achieving a “good life” is the expectation that we must always be Happy. The mistake that we make is we confound “Joy” with “Happiness”. Once again, the two are different; one is an emotion, the other is a state of being. The book reveals that we often beguile ourselves by falling in to a “Happiness Trap”.

We have convinced ourselves that life is meaningless and defective unless we are “Happy” so we set ourselves up for stress and disappointment when we fail to achieve “Happiness”. We may be happy in the beginning but then the love of our life leaves for our best friend, we get passed over for that promotion at work, someone steals the car, the computer blows up taking all our work. World crashes in, our life is crushed and we think it’s over because we are now unhappy. Life is not over, life is both pleasure and pain and even this too shall pass. Don’t feel unhappy about being unhappy. Embrace the wonderful tapestry of emotions which make us human.

Monks and Mystics do not give the impression of being a “Joyful” bunch, neither do Jedi. We imagine them to be serious and humourless and everything that resembles devout. Then we are surprised when we see religious leaders, devout people like the Dalai Lama, Thich Nhat Hanh, Desmond Tutu and even Pope Francis cracking a joke and being playful and funny. How could that be when the world is so full of misery, war and strife aren’t they supposed to be sombre and righteous? What is the secret?

St Francis of Assisi was also a spiritual leader who eschewed all the pomp and ceremony of the Church and chose a life of poverty, simplicity and service as Jesus of Nazareth had. Francis of Assisi is known as the patron saint of Ecology for his love of animals and defense of the Environment. At the Vatican Francis presented in front of the Pope in his simple habit and rags and instead of bowing and supplicating before the Pontiff he danced and sang in Joy to the complete shock of the watching hierarchy.

Francis preached in rapture about the beauty of nature and the wonder of the cosmos and the Joy of the Divine. Later Francis traveled to Egypt in the midst of the Crusades to broker peace and understanding with the Arab Caliphate. Instead of being killed or taken as a hostage he was honored by the Sultan and bestowed gifts. Francis returned home and preached that Christians and Muslims could learn from each other and co-exist peacefully as members of one big family. Francis took love, reconciliation, humility and respect with him and it was welcomed and embraced.

Saint Francis of Assisi was 46 when he died. The years of attempting to live as an ascetic in self imposed poverty and deprivation had caught up to him despite later admitting that a middle road of simplicity was the path to spiritual Joy. Francis suffered terribly during his death but his Joy never left him, the light that he held within him was strengthened by his strong spiritual faith and beyond. Jesus and Gautama Buddha died in the same way, as did Mother Teresa of Calcutta, Sri Chin Moy and Bill W, they all took their Joy with them. They transcended life.

The Stoics believed that one could be deprived of everything but keep their sense of Joy at living, even condemned to death a person could meet their fate with peace and Joy of knowing they had lived a “good life”. Nothing can take that away. I believe we take our Joy with us when we die.

Today’s Pope has attempted to emulate the historic Francis by trying to broker peace again in the Middle East. This has largely gone no where. The Pope also tried to encourage a global consensus on climate change and environmental destruction as well as address inequality and rampant consumerism, to no avail. Technology may have moved on, borders have been drawn and erased and Empires have risen and fallen but still the same problems remain.

There is a detachment, a disconnect between what we think is joy (pleasure) and what is true joy in our society and as result a deep discontent prevails. This disconnect has resulted in endless war, poverty, inequality, environmental degradation and global angst. Perhaps this is because we have become more distanced from nature than at any time in our history. Material and individual pursuits have replaced the spiritual and the collective. It is no longer “we” but “me”. Many people feel entitled to happiness but do not realize only they have the power  to make themselves happy, no one can do it for them. We need to stop living in a “feel good” society and start living in a “do good society”.

The Art of Joy

Yoda and the Jedi were similar in many regards to the spiritual leaders who have genuinely tried to make a positive difference in the world. The Jedi were not void of Joy, in fact they were probably the most content sentient beings in the Galaxy but just didn’t show it much. The fictional Jedi had a deep and abiding connection to the Force, they knew they were part of a greater whole and they were at complete peace with who they were.

Death did not fear them as they knew ultimately they would return to the Force and become one with it. The Jedi lived austere and simple lives based around duty, virtue and discipline and as a result they knew Joy.  Jedi realized that the pursuit of happiness in the shallow way eventually led to grasping attachment, which lead to fear, anger and hatred and ultimately the Dark Side.

In the Clone Wars “Lost Missions” Yoda travels to a mysterious world that is intense with the Force. Yoda seeks the wisdom to be able to unite with the Force after death in with his living consciousness. That is, Yoda seeks enlightenment and immortality of consciousness. In this mysterious realm he encounters the spiritual manifestation of the five states of being that are said to survive death; anger, sadness, confusion, serenity and joy. Each of the forms guide Yoda through the trials he must face to achieve his goals.

Yoda survives the trials and having gained the wisdom he seeks, he returns to Coruscant. The Jedi Master has changed and in the place of the fear, doubt and regret which has plagued him through the Clone Wars, emerges serenity, peace and Joy. These three unified states define Yoda for the remainder of his life until he is able to leave behind his tired physical form and his consciousness unites with the Force.

“Find a place inside where there’s joy, and the joy will burn out the pain.” – Joseph Campbell

Not many of us are in a position to change our lives to an extent necessary for significant spiritual, mental, emotional and physical improvement. We have lives, commitments, careers and families to attend to; responsibilities. Fewer want to completely leave their former lives and adopt a life as a Mystic or Monk in a monastery or retreat. We must all work out what works for us as an individual and try to maintain a balanced life that satisfies our personal needs with the needs of others.

Simple lifestyle changes can make a lot of difference, they do not need to be drastic. In sticking to them we find that the effort and time we put in to acquiring “Happiness” through the pursuit of shallow and meaningless pleasures and material possessions can be better served by going back to the basics, the “ABCs”.

A is for Act: always act in accordance with your identified values. Know what they are, they will guide you in every aspect of your life. Be spiritually, physically, socially and mentally active. This means take up a hobby or interest you enjoy, exercise within your limitations, socialize with like-minded people and build a network of friends.

B is for Belong: be part of something, join a club or community group or get more active if already involved.

C is for Commit: volunteer, engage in a cause, take up a course, accept a challenge.

“only those who have learned the power of sincere and selfless contribution experience life’s deepest joy: fulfillment” – Tony Robbins